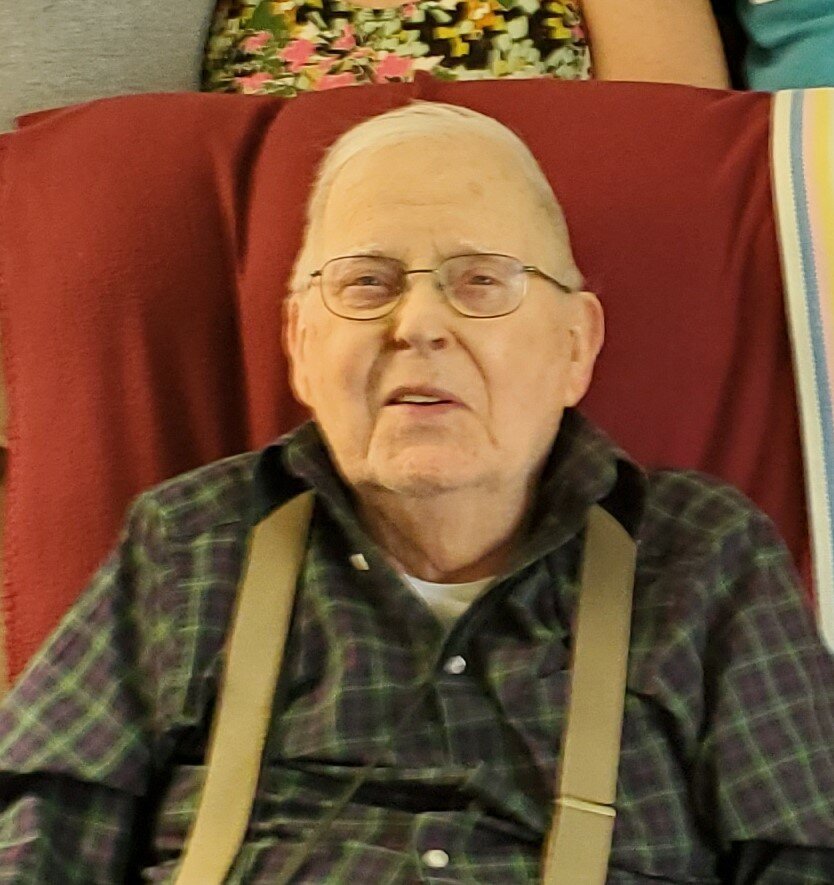 Cecil Francis Dammen was born December 3, 1926, on the family farm in Burke County, North Dakota to Millerd and Mildred Hatlelid Dammen.  He met Helen Marie Hedin on Christmas eve 1951 and they were married on November 9, 1952, in Kent, Washington.
He moved to Clackamas, Oregon in March 1938, to Eugene, Oregon in February 1945, to North Bend, Oregon in 1954, then back to Eugene in September 1959.
Cecil started first grade in a country school about one and ½ miles from home.  In 1934 his family moved to Lignite, North Dakota, so he went to school in Lignite.  When his family moved to Oregon, he went to Clackamas Grade School.  He graduated from Milwaukie Union High School in June 1944 and talked his father into signing the paperwork at age 17, allowing him to immediately join the U.S. Navy.  He served five years, was honorably discharged, then called back to serve 1 ½ years in the Korean War, being honorably discharged in December 1951.  He worked as a service technician for The National Cash Register Co. for 38 years, retiring in April 1990. He regularly had breakfast with a group from NCR and was able to continue that until the last year or so.  He has been an active member of Bethesda Lutheran Church since 1963, serving in many leadership roles including president of the council and a member of the Foundation since its inception in 1967.
He enjoyed traveling, camping, reading, volunteering, helping on church related projects, visiting friends, talking, and playing with grandchildren.
Cecil’s wife, Helen, died in April 2015.  He is survived by a daughter, Donna Jo Miller, two sons, Paul (Denise) and Mark (Angela); eight grandchildren and sixteen great grandchildren. His younger sister Thelma died in 2020, his older brother Lloyd died in 1971. His sister Betty died in childhood.
He died on December 16, 2021. We will miss his wisdom, his sense of humor, his many stories and his generosity.