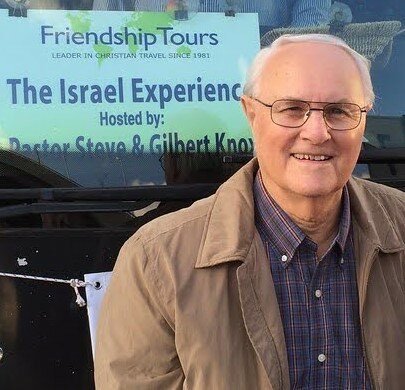 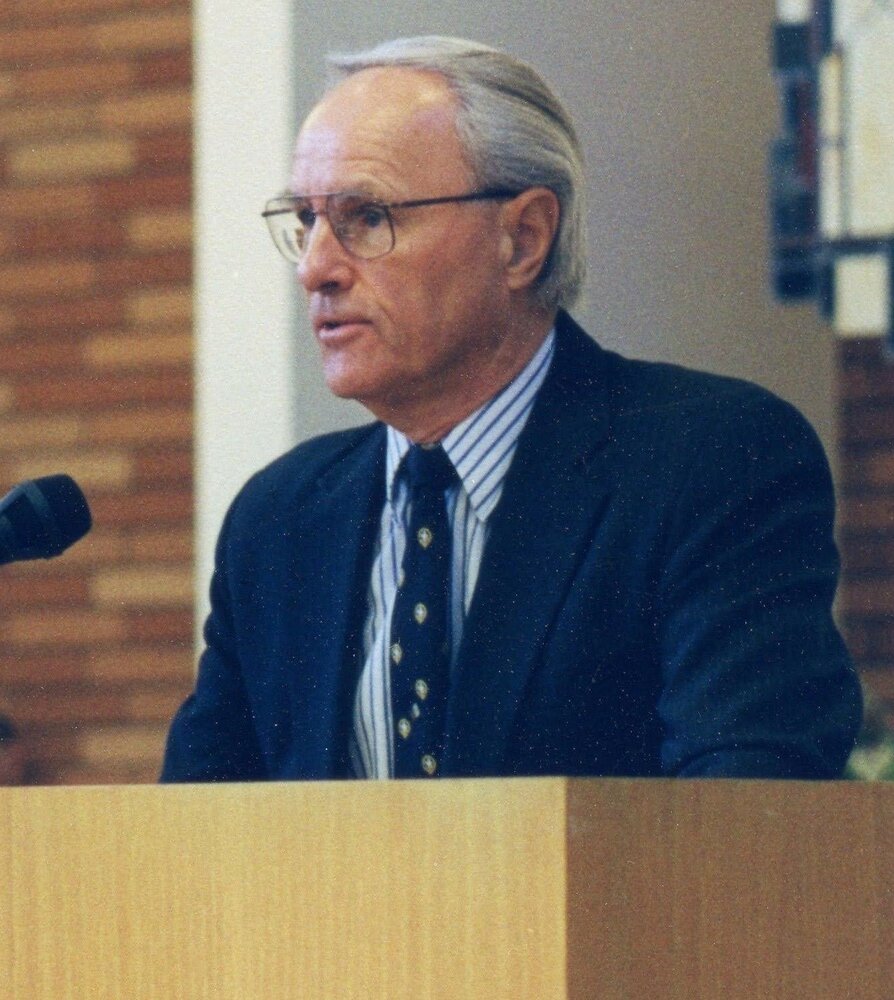 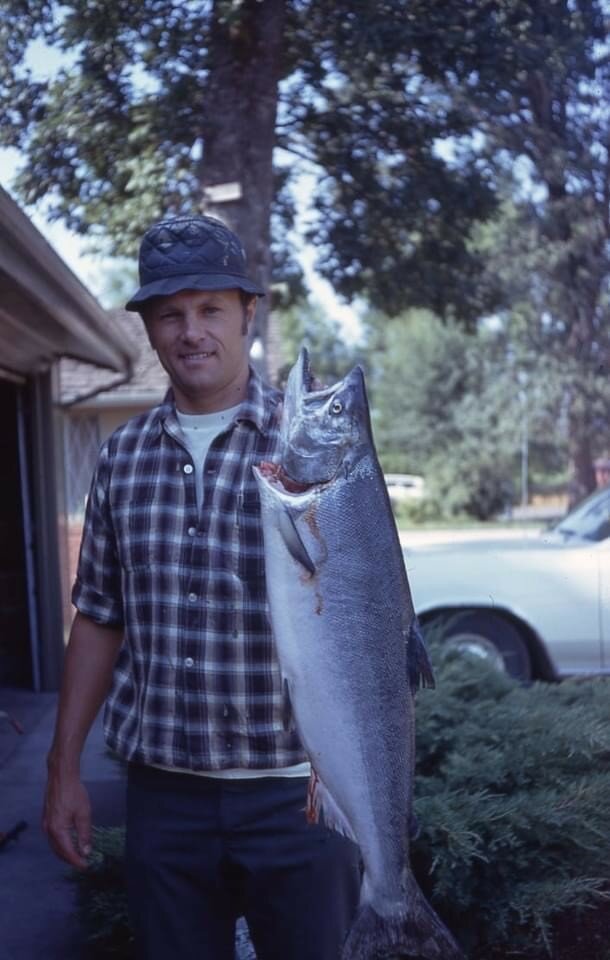 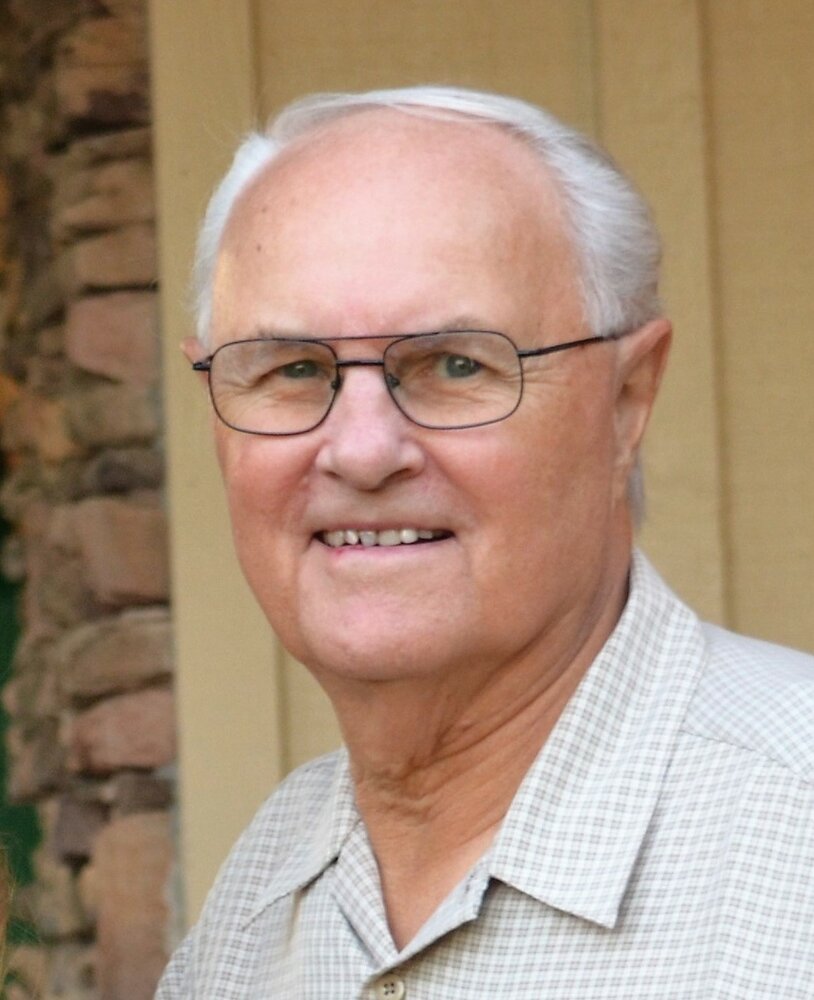 A memorial service, celebrating the life of Gilbert Edward Knox, will be held at Allison Park Christian Church, Eugene, on Saturday, January 8, 1:00 pm.  A committal at West Lawn Memorial will follow.
Gilbert, known as “Gil”, was born at home in Milwaukie, Oregon, on the evening of May 8, 1933.  He was the second of five children of Blair and Violet Knox.  Blair was a retail lumberman, Violet was a homemaker and excellent cook.  The whole family was very involved in church, and Gilbert was baptized at the age of 9.
At the age of 13 his family moved to Canby, where he played in sports, and was involved in church and youth group activities.  Gilbert graduated from Canby High School, then attended Northwest Christian College (now Bushnell University) in Eugene.
Gilbert married Cheryl Morgan at Canby Christian Church in 1954.  He served the Christian Churches in Albany and Turner, and finished college.
Gil and Cheryl moved to Enid, Oklahoma in 1956, where they attended Phillips Seminary while managing the Red Feather Motel.  They had their firstborn, Stephen, while Gil was a student and serving a little country church called Oak Grove.  Gilbert graduated from Phillips in 1960.
First Christian Church of Junction City, Oregon, extended a call to serve as Minister, and Gil gladly accepted.  Those were exciting and productive years of growth and many ministries, including a children’s bus ministry, sponsoring Hmong refugees, countless weddings and funerals, leading youth hikes in the Cascades, and hosting many group pilgrimages to the Holy Land.  Those journeys, and other trips around the world, filled his life with adventure and stories.
The family grew, as their daughter Robi was born, and a son, Jeff, was later welcomed into their home.  Gil was active in the community:  Kiwanis Club, Scandinavian Festivals, and as the Voice of the Tigers announcing High School football and basketball games. He was well known in the local area for his description of penalty flags during football games: “There’s a hanky on the play!”  He received an Honorary Doctorate at his alma mater, and served as Adjunct Professor of Old Testament.
Gil enjoyed sports, pitching for his church softball team, cheering for his kids, local teams, and the Dodgers and Red Sox.  He was an enthusiastic Ducks football fan, attending nearly all the home games for decades.  A lifelong avid fisherman, he also hunted deer for several years, and hiked and camped throughout the northwest.
After 38 years, Gilbert closed out his ministry in Junction City, retiring in 1998. His marriage ended, and after several years he married Nancy Doyle at Allison Park Christian Church in Eugene.  Gil served there as Interim Minister, and at Glenwood Christian Church, before retiring again at age 80.  His ministries touched many who were struggling as he reached out to people in need.
Gil and Nancy, residing in Eugene, enjoyed travels together, including Hawaii and trailer trips to the coast and mountains.  They loved their families, attending their grandchildren’s sports, music and drama events, and graduations, as well as family holiday gatherings and birthday parties.  And they were devoted to their little dog Joey.
Gilbert died at the age of 88 on December 22, 2021.  Surviving loved ones include his children, Steve, Robi, and Jeff; 10 grandchildren; and 7 great grandchildren.  Among those preceding him in death are his wife Nancy, one grandchild, and two great grandchildren.
Donations can be made in memory of Gilbert to Allison Park Christian Church Memorial Fund.