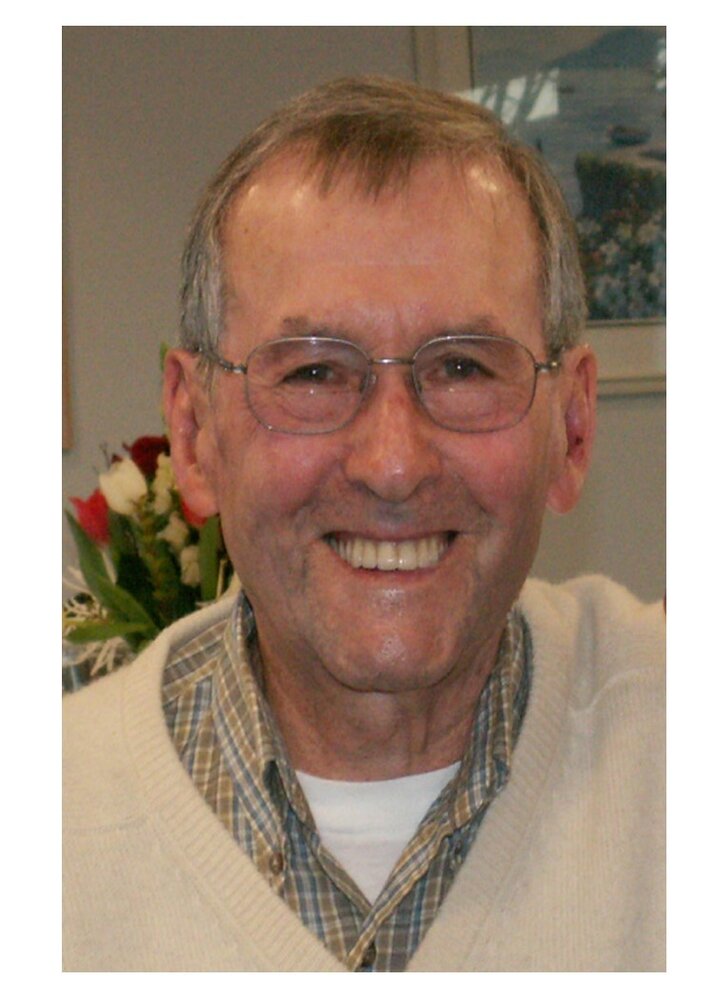 Werner Ehlhardt, beloved son, husband, father, grandfather, and great-grandfather, passed away on December 2, 2021 at the Good Samaritan Eugene Abbey. He was 96 years young.

His life's journey began on November 10, 1925 in St. Ingbert, Germany, born to Hubert and Rosa Ehlhardt. In the early 1930's, they moved to Chicago to pursue their American dream, and it was there that he forged his love of family and the work ethic that he would pass on to his children. As a teenager, he took full advantage of Chicago’s city life, immersing himself in Big Band jazz performances featuring the likes of Count Basie, Duke Ellington, Benny Goodman, and the Dorsey Brothers.

After high school, he enlisted in the U.S. Marines, in which he proudly served in both WWII as well as the Korean conflict. He was truly part of the Greatest Generation. And in 1946, while stationed in El Centro, California, he attended a dance where he met the person who would go on to be the love of his life for the next 68 years, Barbara Jean Briggs. They were married on February 23rd, 1946, at the Mission Inn in Riverside, California.

Over the next 3 decades while living in Southern California, they provided their 5 children a home filled with love, faith, and always an adventure, whether trips to the ocean, water skiing at the Colorado River, or the many sports, music, and school activities they enjoyed as a family.

After his retirement as a journeyman plumber with the Southern California Pipe Trades, Werner and Barbara went on to build some of the most beautiful but simple homes, first in Sedona, Arizona, then Sequim, Washington, where they enjoyed many family gatherings.

Their profound love for each was never more apparent as when her health began to decline, and they decided to relocate to Eugene, where Werner never left her side, tending to her needs with the utmost care and compassion.

After Barbara’s passing in 2013, he moved to the Good Samaritan Eugene Abbey, where he quickly became friends with the staff and the residents.

Even into his 90s, Werner’s desire to help others continued. He contributed to his children’s vegetable garden, weeding, trimming, and chopping garden produce. He also painted banners for 350 Eugene used at rallies bringing attention to the climate crisis. He cared deeply for the creatures affected by the devastating, drought-fueled wildfires impacting Oregon and California. His best friends were the family dogs and the birds that graced the feeder outside his apartment window at the Abbey.

Werner's undying faith and complete devotion to his family will be remembered for generations to come. He was preceded in death by his parents and wife, Barbara. He is survived by his children- Johanna Ehlhardt of Seattle, WA; Michael Ehlhardt of Dutch Harbor, AK; Matthew (Lynn) Ehlhardt of Chico, CA; Mark (Nanette) Ehlhardt of Kuna, ID; and Laurie (Daniel) Powell of Eugene, OR. He is also survived by 7 grandchildren and 7 great-grandchildren.

Werner’s funeral mass at St. Mary Catholic Church and celebration of life will be held at a later date to be announced. Donations can be made in his memory to the Cascades Raptor Center. Arrangements by West Lawn Memorial Funeral Home in Eugene.

To send flowers to the family or plant a tree in memory of Werner Ehlhardt, please visit Tribute Store