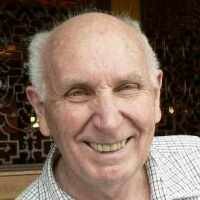 Wes attended USC where he met Mary Elizabeth Schaper in a dance class.  They were married civilly on November 1955 in Las Vegas, Nevada. Later for all time and eternity in The Church of Jesus Christ of Latter-Day Saints Mesa Arizona temple on May 5, 1962. They were married for 57 years.

Wes was last employed with TRW in California. Wes was very active in various church and civic activities including having served two genealogical teaching church missions.

Wesley passed peacefully in his sleep on December 7, 2021.  He was preceded in death by wife: Mary, sister Elizabeth and two grandchildren.

And, stepchildren children to include Stephanie Adams (Roger), Marc Nix(Jeannie) and Shawn Nix(Lori). He also had 39 loving grandchildren and 37 great grandchildren.