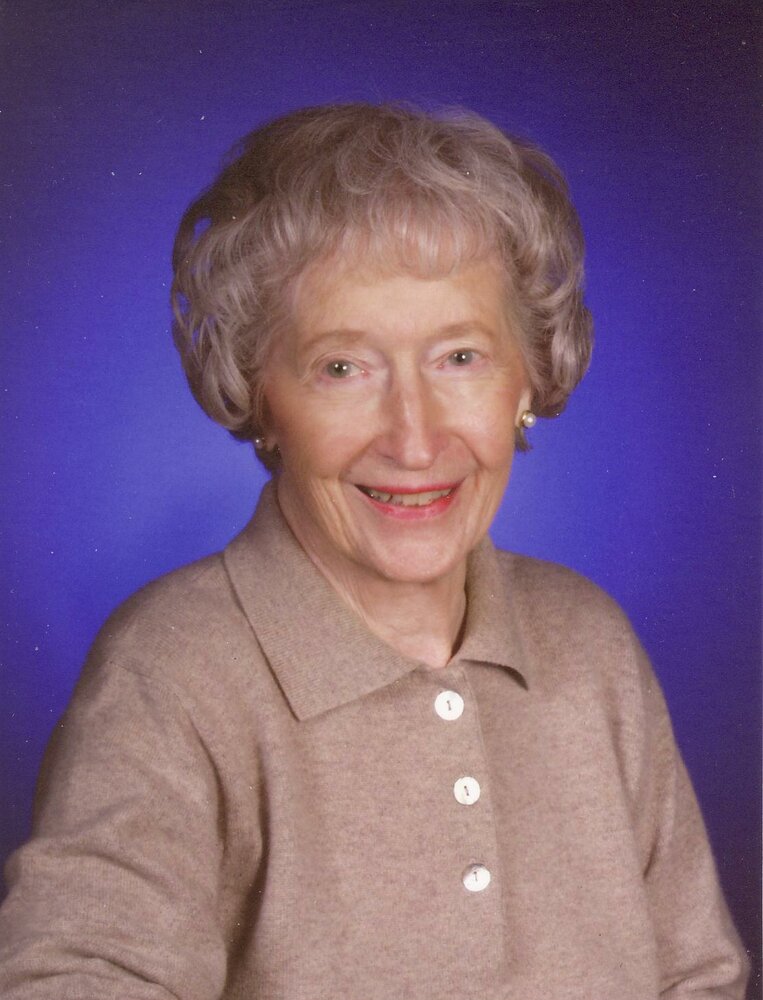 Alice C. Jacobson (Allie) passed away peacefully on November 14, 2021, at the age of 103. She was born in Portland, Oregon on August 8, 1918 to Albert and Cleo Wiesendanger. As a young girl, Allie quickly learned to love the outdoors; many summers were spent with her family at Eagle Creek Campground in the Columbia River Gorge, where her father was a U.S. Forest Ranger. Throughout her life, Allie hiked most every trail in the Columbia River Gorge and backpacked in the Oregon and Washington Cascades with her family into her 70’s. After graduating from Portland’s Jefferson High School in 1936, she went to Oregon State University to study Pre-Nursing, obtaining a Bachelor of Arts degree in Science. From there, Allie graduated from what is now the OHSU School of Nursing. It is there she met Leonard “Jake” Jacobson, M.D. and were married August 9, 1941.

During the war years, Allie cared for their first son, A.D. and worked as an R.N. at OHSU Hospital & Clinic and Doernbecher Children’s Hospital in Portland while Leonard Jacobson was overseas with the U.S. Army.  After Leonard returned home, they had another son, James, and then in 1948, twin sons Jerry and John. Allie’s family then moved to Eugene, Oregon after Leonard finished his surgical residency. While raising a family of four boys, Allie became highly active in Eugene’s civic and professional life. She served as President of the Lane County Medical Society Auxiliary 1950-51, was President, Oregon Medical Auxiliary 1955-56, and was President of the YWCA Board in 1959.

In 1952, Allie was awarded Outstanding Young Woman of the Year by the Eugene Register-Guard for her volunteer community services. Additionally, Allie was the National Health Careers Recruitment Chair for the American Medical Association Auxiliary and was involved in many Lane County Medical Association (LCMSA) activities, PEO (past Chapter President), and Junior League. She was made an honorary member of the LCMSA in 1986.

After receiving her Master of Science from the University of Oregon, Allie continued her education and enrolled and graduated in the first class of our country’s Nurse Practitioner (NP) program at the University of Colorado, 1977.  Allie subsequently worked at Sheldon High School in Eugene as a School Nurse and teaching Health Education for 15 years.

In 1995, upon retiring, Allie and Jake settled into their new home at Cascade Manor and continued to hike the trails of Oregon and travel. Allie was preceded in death by her husband, Leonard Jacobson, M.D., and her son, James Leonard Jacobson. She is survived by sons Dr. A.D.  Jacobson {Donna} (Phoenix, AZ), Jerry Jacobson (Eugene, OR), and John M. Jacobson (Beaverton, OR), six Grandchildren, and ten great-grandchildren.

The family is extremely grateful to the wonderful and caring staff at Cascade Manor, where Allie lived with her husband, until his death in 2008.

If you would like to make a memorial contribution please consider Cascade Manor Foundation, 65 West 30th Ave., Eugene, OR 97405, or Mount Pisgah Arboretum, 34901 Frank Parrish Rd., Eugene, OR 97405. Private memorial services will be held at a later date. Arrangements by Musgrove Family Mortuary.