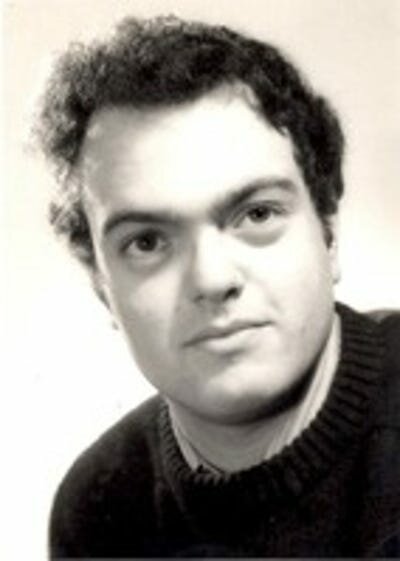 Anthony "Tony" Waters, of Eugene, Oregon, was born on January 24, 1946 in London, England, to Montague and Jessica (née Freedman) Waters. He earned his B.A. in Law and American Studies at the University of Keele (UK), including an exchange year on scholarship at Reed College in Portland, Oregon, and his L.L.M at Yale University. He was a Teaching Fellow & Instructor at the University of Chicago School of Law. He made lifelong friends at each institution.

He was introduced, at a young age, to the practice of law at the dinner table where he matched, and crossed, wits with his late father, a barrister and later a Queen's Counsel. (There was a rumor that Tony was the model for Rumpole's son in John Mortimer's "Rumpole of the Bailey" - the fictional son who lived in Baltimore. Mortimer, also a QC, was a contemporary of Tony's father.)

Tony was a Professor of Law at the University of Maryland and a visiting professor or scholar at law schools in Santa Clara, New Haven, Buffalo, Eugene, Portland (Oregon), Denver, Columbo (Sri Lanka), and Bristol (UK).

Tony was that law professor who published as required, but who preferred teaching above all else. He said that he taught the "Cs," consumer, criminal, constitutional, and contract law, which is not to say that he hadn't also mastered tax, federal criminal law, and legal history.

Some of Tony's publications demonstrate his incomparable writer's voice: his beautiful and funny In Memoriam piece, "For Grant Gilmore," 42 Md. L. Rev. 864 (1983), his seminal work on third party beneficiary law: "The Property in the Promise: A Study of the Third Party Beneficiary Rule," Harvard Law Review, Vol. 98 (April 1985), and on animal rights law, with Lee Hall, "From Property to Person: The Case of Evelyn Hart" in the Seton Hall Constitutional Law Journal, Vol. 11 (Fall 2000).

He left behind the beginnings of an article he titled, "Theft, Property, and the Pursuit of Naughtiness: Stealing in an Age of Intangibles." Alas.

Tony also set his hand to business. He was CEO of Natural Selection, a grocery store in Waldport, Oregon, and he periodically worked in law firms, the last time in a San Francisco consumer law practice.

Tony spoke French and Italian fluently. He was an inveterate traveler, which made him a wonderful travelling companion, fearless and resilient. He could get on a plane and fall asleep instantly in order to be wide awake upon arrival in the next foreign land. He visited or lived in Sri Lanka, the former Czechoslovakia, Russia, Israel, Iceland, Cuba, Costa Rica, Ecuador, and almost every country in Europe.

He followed English soccer, tennis, and knew an awful lot about horse racing, which might have had more to do with his extraordinary head for numbers than for the horses themselves. The variety of his interests, music, radio, photography, mathematics, history, and law was reflected in the variety of his friends, musicians, artists, doctors, historians, horse trainers, among many others. He was also a dog lover - and the dogs loved him.

Tony had been a strict vegetarian since 1955 when he spent the summer on a family farm; with the added benefit of being an excellent way to annoy his parents. He was a lifelong, outspoken advocate for animals and animal welfare.

We would be remiss if we didn't note the most memorable trait of Tony's, after or even before his polymath brilliance: his wit, which could be as side-splittingly funny as it could be piercingly truthful, a deadly combo to anyone trying not to bust a gut.

His survivors include his brothers, Brian (and Myriam) and Peter (and Vivien); his nieces and nephew (Rebecca, Rachel, Jessica, and Alexander); his former wife, Laura; his dear friend, Krystal; and the many students and friends whose lives Tony touched and who will miss him deeply.

Donations can be made in the name of Anthony J. Waters to People for the Ethical Treatment of Animals (PETA), the International Primate Protection League (IPPL), and/or Reed College.

To send flowers to the family or plant a tree in memory of Anthony Waters, please visit Tribute Store