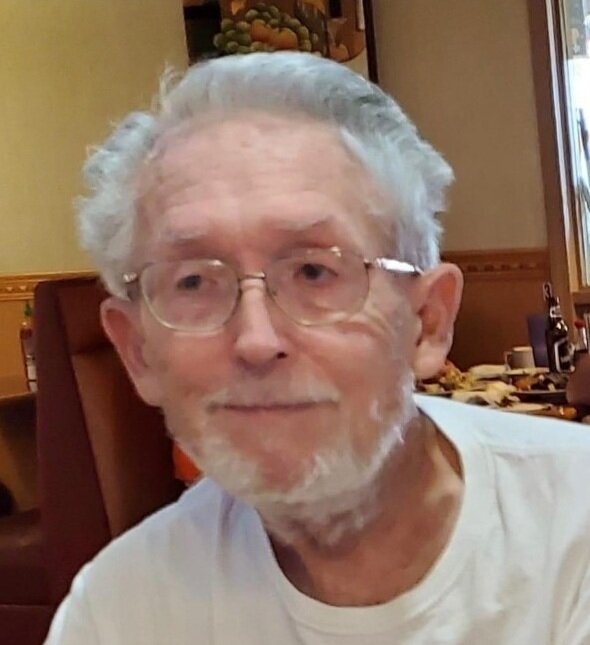 The Angels have called and taken Leon Gene McGinnis. Husband, Dad, Uncle and friend he was everything to so many, his loss will be forever felt in our Hearts. He asked us to shed no tears over him, that he had a wonderful life but… it’s hard not to. Gene was born on June 30, 1935 to Wilber and Emilie McGinnis in Ontario, Oregon. He graduated from Ontario High School where he met and married his high school Sweet Heart, Charlotte McGinnis. Gene joined the U.S. Army in 1953 during the Korean War. After completing his tour of duty in the Army, Gene entered the U.S Air Force where he served as a radar technician on Boeing B-47 Stratojet, RB-47’s, B-36 and many other aircraft while stationed at Mountain Home Air Force Base in Elmore County, Idaho. Gene went wherever the Bomber’s went and that was all over the world. Dad said the places he liked best of all were Spain and the Canary Islands.

After completing his years in the Air Force, Gene picked up the family trade of barbering. After completing Barber Academy Gene took a position located on the Nez Perce Indian reservation in northern Idaho. Gene loved fishing and hunting in the high Rocky Mountains, sometimes being gone for weeks with his wife and kids in tow. Gene was a Scuba Diver and was often called upon by Sheriffs and State Police for his help. After many years as the only Barber on the reservation, we said our goodbyes and left those beautiful mountains and returned to our Oregon where Gene became a Water Master for the State of Oregon and retired after 35 years. Gene was a lifelong Amateur Radio Operator - KA7QNZ/QRP. As the years went by the loss of memory became apparent, and this was hard for a man who knew so much. Dad always had a smile for everyone and always wanted to know how your day was. In the end, all the family was there for him as he had always been for us.

Gene is survived by his wife Charlotte, Sons Gordon, Jerry, Scott and Darrin McGinnis and daughters Debbie Kuper and Christine Ross. He leaves behind many grandchildren and great grandchildren. The family would like to thank River Bend Hospital and Hospice staff for their exceptional kindness and care. There will be a private family memorial service; arrangements entrusted to Springfield Memorial Gardens / Springfield Memorial Funeral Home. Please access the obituary and you are invited to sign the guestbook at musgroves.com

To send flowers to the family or plant a tree in memory of Leon Gene McGinnis, please visit Tribute Store