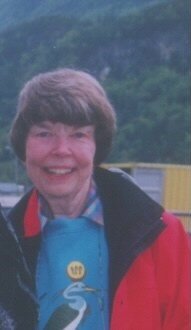 Marilyn was born July 13, 1939 in Marlow, Oklahoma. She was a proud member of the Seminole High School Class of 1957 where she excelled in music and participated in several choirs and theater productions. She earned a Bachelor of Science in education from the University of Oklahoma, married Frank Wilson Wewerka in 1961, and was a homemaker and active volunteer at Carnegie Elementary School in Tulsa.

She was a lifelong learner and studied German, Gaelic, and Spanish at various times. She traveled extensively to Europe, Asia, and Africa and lived for several years in County Galway, Ireland. She also loved music and especially opera, having a beautiful soprano voice of her own. Later in life, she returned to the United States to be near her sister in Eugene, where she was a member of St. Mary’s Episcopal Church.

In lieu of flowers, a donation may be made to the National Foundation for Cancer Research or to The Nature Conservancy.