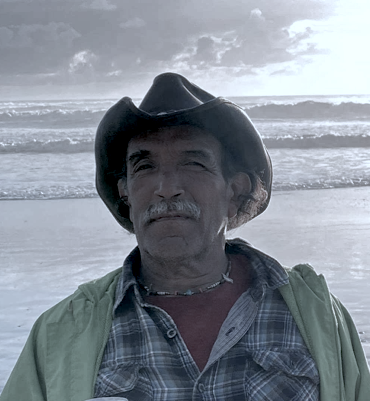 Privately, his faith in the Lord provided him with so many blessings throughout his life. Lupe was a joy to be around with a free-spirited approach to life, which was best experienced in his love of fun and games – especially with Scrabble, darts, and good music. His family mattered deeply to him and he found happiness in playing the games chosen by his grandchildren. He was a brilliant builder of dream catchers, designed unique trinkets, a Lane County Master Recycler, and a bona fide salt of the earth worker.

Lupe was preceded in death by his parents Benita Luna and Joe Soto and his sisters Josie Tyson and Lucy Archer. He is survived by his brothers Felix and Gabe Soto and his sister Jenny Young, his children Eutona, Jake, Melissa and their mother Donna, and his grandchildren Maleka, Sharaya, Haven, Simone, Ellia, William and Sammy.

Lupe’s body will be returned to its elements on October 16th at 11am at West Lawn Memorial Chapel. A public celebration of life will be held at his residence of 161 ½ N. 19th St (enter from 20th St) in Springfield at 3pm. There will be another celebration of his life held in Nebraska at a later date.Arrangments entrusted to Springfield Memorial Funeral Home. Please access the obituary and you are invited to sign the guestbook at musgroves.com