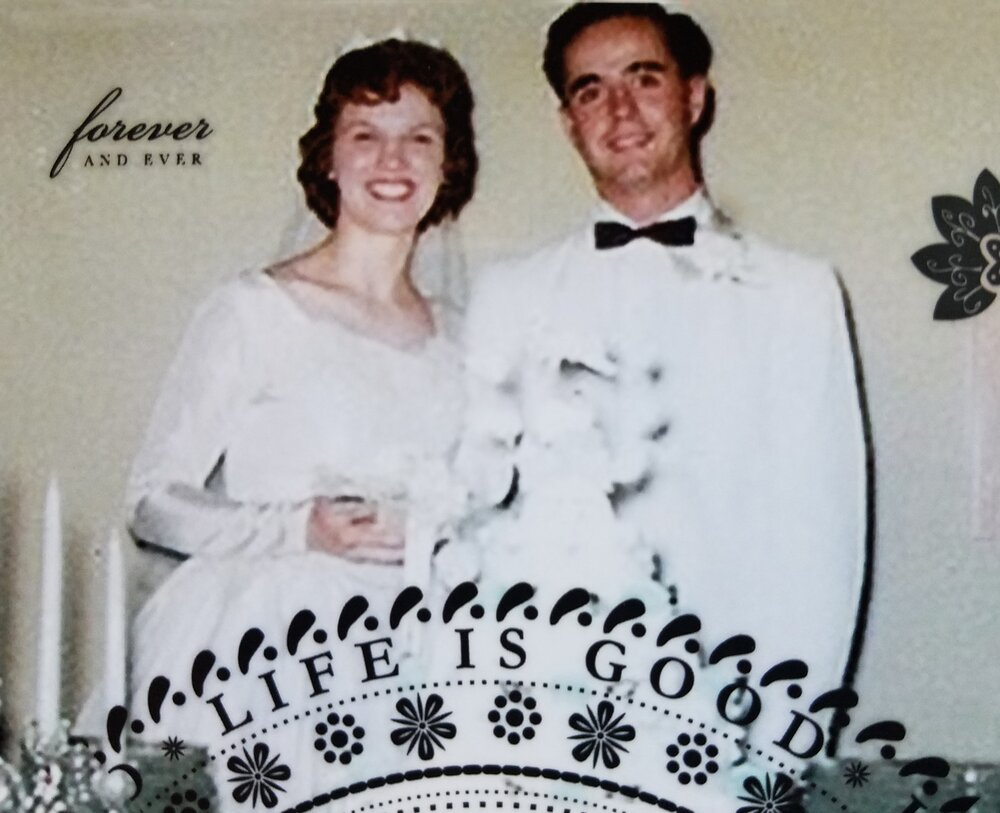 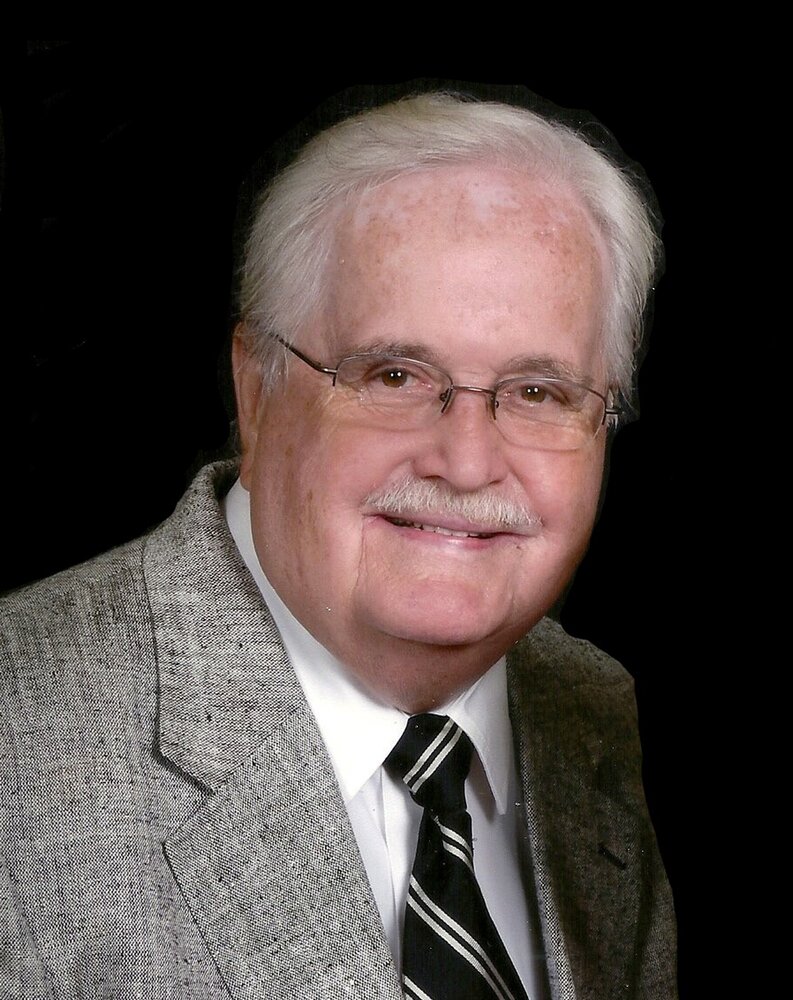 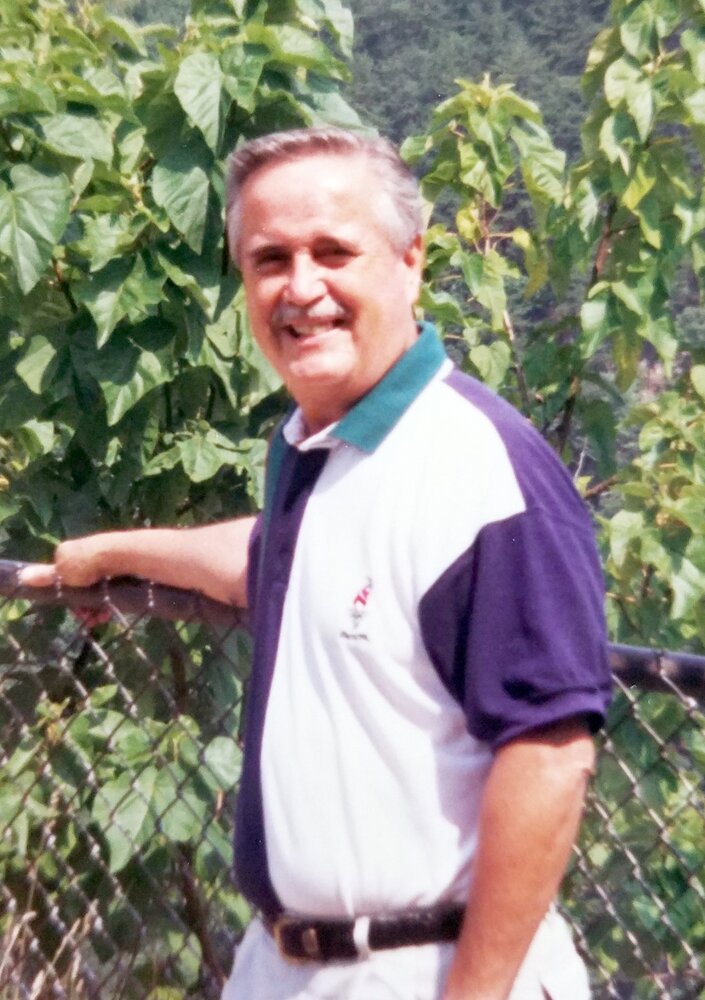 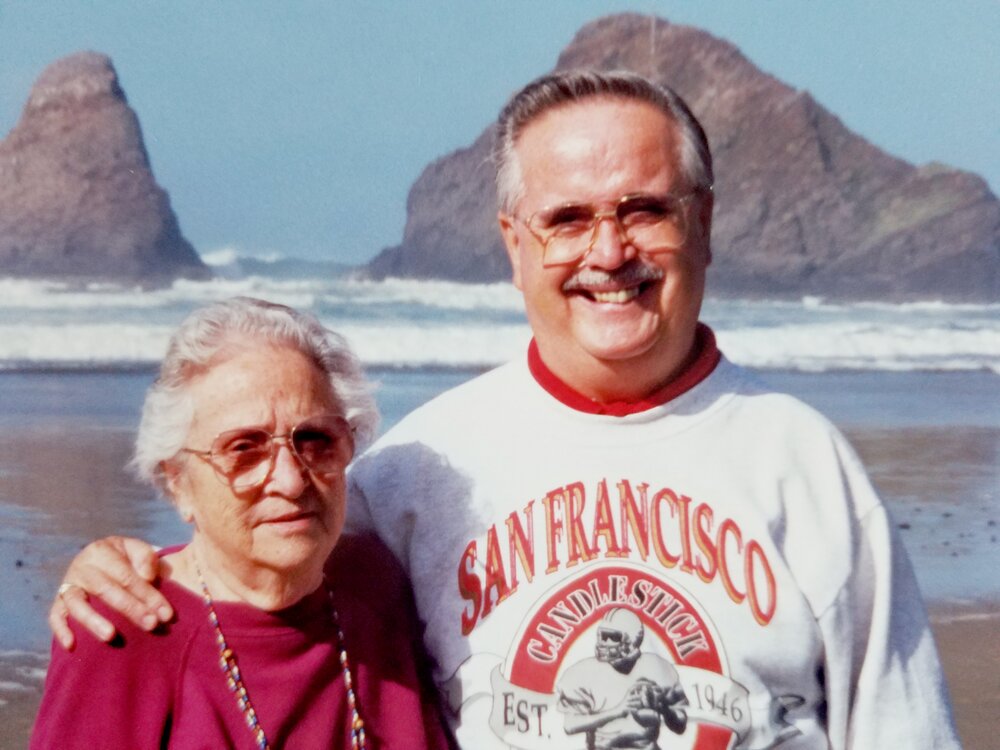 Harry Ronald Harper was born in Prescott Arizona, on February 24, 1939, to Harry Franklin and Trena Mae (Cowan) Harper.  He was known as Ron or “Ronnie” by his family and friends.  Ron’s father was a painting contractor and during World War II, the family moved around quite a bit for work in order to keep body and soul together.  Ron often remarked that during those days, one of the most memorable living locations he ever had was on a jobsite while his father was painting government buildings at the Grand Canyon.  Ron’s initial education took place while living in Elmira, Oregon, where he went to grammar school.  Eventually the family settled in Eugene, Oregon, attending Lighthouse Temple, where at the age of 9, Ron accepted Christ as his Savior.  Ron attended school from the 7th grade through his Senior year of high school at Willamette High School, graduating in 1956.

Upon graduation, Ron moved to Arizona, to attend Phoenix College, graduating with an AA Degree in English.  While attending college, he worked at the exclusive Camelback Inn Resort meeting many famous people, such as the Duke and Duchess of Windsor, JC Penny and his family, movie stars Robert Stack and one of Ron’s favorites, James Garner. Due to his charismatic personality and remarkable work ethic, Ron rapidly advanced from busboy to maitre d.  Since his job at the Camelback was seasonal, Ron also worked at the Lulabelle Restaurant, which had a fame of its own.

It was during this time in the late 1950’s that the Oregon draft board sent Ron a letter informing him that his draft number was due to be called during the next year.  He then moved back to Eugene and almost immediately found a job at the McKay’s BIG Y Market on Hwy 99.  If Ron was now present, he would tell you that though he was not living an active Christian life at this time, he knew there was “something” guiding him in his decisions.

I know that you will find this surprising, but Ron always had an exceptional and wonderful sense of humor.  Since he had collected three “old” high school buddies to share an apartment with, he joked about trying to meet rent, utility and food expenses.  “Cheerios, cheese and chili”, Ron would say these were his sustain staples on his meager income compared to the extravagant lifestyle he had experienced while living in Phoenix.  Oh, by the way, his three “old” buddies never could seem to find work and Ron was always supporting them all.

While working at THE BIG Y, Ron struck up a friendship with a high school senior who was also working there as a box-boy.  John Block loved working with Ron as he was so energetic and fun to work with, as well as very entertaining.  While working together, John felt that Ron Harper needed some “spiritual” intervention and believed that he should meet his sister Darlene.  Later it was learned that as John talked about his sister (who had gone to Bible School), Ron had a mental picture of a girl with a bun on the back of her head, a wart on her nose, baggy ill-fitting clothes and socks rolled down exposing hairy legs.  Now, nothing was wrong with someone who had this appearance, but Ron thought, “NOT FOR HIM!” Due to much negotiating on the part of John, he finally talked them into a “blind date” which he would chaperone at his sister’s insistence.  It was during this first date that Darlene confronted Ron about his current spiritual condition and Ron would tell you that it was right after this first date that the Holy Spirit convicted Ron, that no matter whether they continued to see each other or not, Ron knew that from this point forward he needed to be living his life for his Lord.  Well, we all know the eventual outcome of that first blind date. Ron and Darlene met in April of 1961, were engaged on June 5th and married on August 18th of that same year.  Ron would say, “Love was instant the night we met, so let’s not dawdle with the decision!”  Ron received his draft notice on the same day they were married, but he knew without a doubt that they were in the center of God’s desired will for them.

On a temporary 4F Deferment from the military, Ron and Darlene moved to Portland, Oregon to start Bible College in 1962.  For the next nine years Darlene worked as a Cosmetologist and Ron worked full time at Hudson Warehouse while carrying a full load of classes at Multnomah School of the Bible.  He graduated from there in 1966, with a Bachelors of Theology and then attended Western Baptist Seminary, graduating in 1969, magna cum laude, Master of Divinity.  Ron then began as a Pastor at Bethel Baptist church in Aumsville that same year.  Also in 1969, after applying for adoption, the LORD graciously gave them Stephen James in 1970.  Jonathan David followed in January 1971.  What a joy and a blessing to be given two darling boys during the same time that the abortion laws were being put into place in Oregon.  Ron believed that it was truly a miracle from God as they had struggled with legal issues while trying to adopt Stephen and Jonathan’s mother had specifically requested that he be placed in a Baptist minister’s family in Oregon.

In the fall of 1973, Ron accepted a position as professor of Homiletics at Western Baptist Seminary in Portland.  While teaching at Seminary, Ron was invited to pastor at Gresham Community church.  This was a new church that needed an expositional teacher.  After two years, the Lord directed Ron and the family to move to Glendora, California, serving at Grace Baptist Church from 1976 through 1982, as the senior Pastor.  During these years, high blood pressure, a brain hemorrhage, seizures and difficulty with Ron’s heart began to take a heavy toll on his body.

Church planting had not been in Ron’s background, but …

through the Lord’s direction and by invitation, in 1982, Ron and family again moved, this time to King City, California.  King City Bible Church was established with a fledgling group of ten believers.  This larger and thriving church is still in existence today.  In 1984, by invitation, Ron again obediently followed the Lord’s direction and moved the family to Pollock Pines, California, where he was again blessed with the opportunity to teach and preach at the First Baptist Church of Pollock Pines, until 1992.  Pastoring and teaching were the gifts that God used throughout Ron’s life, that brought a deeper knowledge and understanding of Christ and His word that impacted so many lives.  Ron took with such seriousness the gift of teaching and believed that he was privileged to share what God was teaching him.

It was during the years in Pollock Pines that Ron’s health with his heart deteriorated further.  There were multiple costly and painful heart procedures that Ron had to endure.  At this point, Ron’s broken health and financial pressures caused Ron to feel such desperation, that Ron turned from the Lord’s direction and tried to fix the situation himself.  This decision caused a further breakdown in Ron’s health and exacerbated the problems further.  After intervention by the loving Pollock Pines church family, an invitation by Ken Block and his family to move to White Salmon, Washington, was accepted, where efforts for spiritual, emotional and physical restoration began.

Under the supervision of a restoration care team, in 1994, Ron and Darlene were invited by Bob Meltebeke to move back to Eugene, Oregon, so that the two of them could combine their gifts to work on a Doctoral project together, entitled, “Jesus Christ, The Greatest Life Ever Lived”. This project was initiated and supervised by Dr. Earl Radmacher.  Ron was then invited by Dr. Ralph Alexander to participate on a mission trip to Siberia, teaching this material at several different seminaries.  Additionally, Ron went on another mission trip to the Philippines, covering the same material, by invitation from Bob Tebow.  As a result, Ron was invited to serve as an interim pastor at North Umpqua Bible Fellowship in Glide, Oregon.

During Ron’s career, Ron spoke at multiple conferences, conventions and camps that covered North America from coast to coast.  The number of weddings and funerals that Ron officiated at is too numerous to count.  We can only imagine the number of lives that God touched through Ron’s teaching.  In spite of these gratifying engagements, Ron would often deprecate his experiences by calling them, “…the glorification of the worm!”

A prime of example of this, was when a very proper English lady came to visit the church at Pollock Pines.  On her way out the door, she said to Ron, “I noted that you have quite a sense of humor.  Did they teach that to you while you were in seminary?”  Ron’s reply was, “No ma’am.  It would be a good thing if you dropped to your knees and thanked God for what I don’t say!”

During the latter years of Ron’s life, Ron had to undergo the replacement of his aortic valve, had a three-way by-pass and had approximately twenty-five different heart procedures that included angiograms, angioplasty, stints, ablations and cardioversion experiences.  Each one of these heart procedures included time where Ron’s heart needed to be stopped.  Each time a heart is stopped, and the brain is deprived of oxygen, the electrical synapses in the brain have an opportunity to breakdown, creating deterioration and misfunction.  Due to all of this, Ron was diagnosed as bi-polar, a mental condition causing times of severe manic behavior, as well as acute clinical depression.  This was in such contrast to who Ron had been before his health problems began.

During the last years of Ron’s life, he not only experienced continued trouble with his heart but had to endure the complications of not having a spleen, having only half of a colon, kidney failure, hypothyroidism, diabetes and skin cancer, as well as continued mental health issues until he went home to be with his Savior Jesus, where he now has a new and gloriously healthy spiritual body.  Hallelujah!!!

Darlene would testify that with all the physical and mental pain that Ron endured, he never complained.  Ron thanked Darlene constantly for the loving and devoted care that she gave to him during the last years of his life.  During that last morning of Ron’s life, they laughed and prayed together, thanking God for HIS goodness and incredible grace.  Ron often declared, “We are so blessed honey, we are SO blessed.”

Ron went to be with the Lord listening to Darlene reading from the Psalms.  Ron passed while forming an answer that Darlene had posed regarding the scripture; doing what he loved the most, which was teaching about the word of God.

Beloved son, brother, father, pastor/teacher and friend went to be home with Jesus Christ, his loving Savior and Lord on September 27, 2021.

In lieu of flowers, contributions may be given for CAMP HARLOW via First Baptist Church of Eugene.

All who want to attend are welcome. Masks are required.