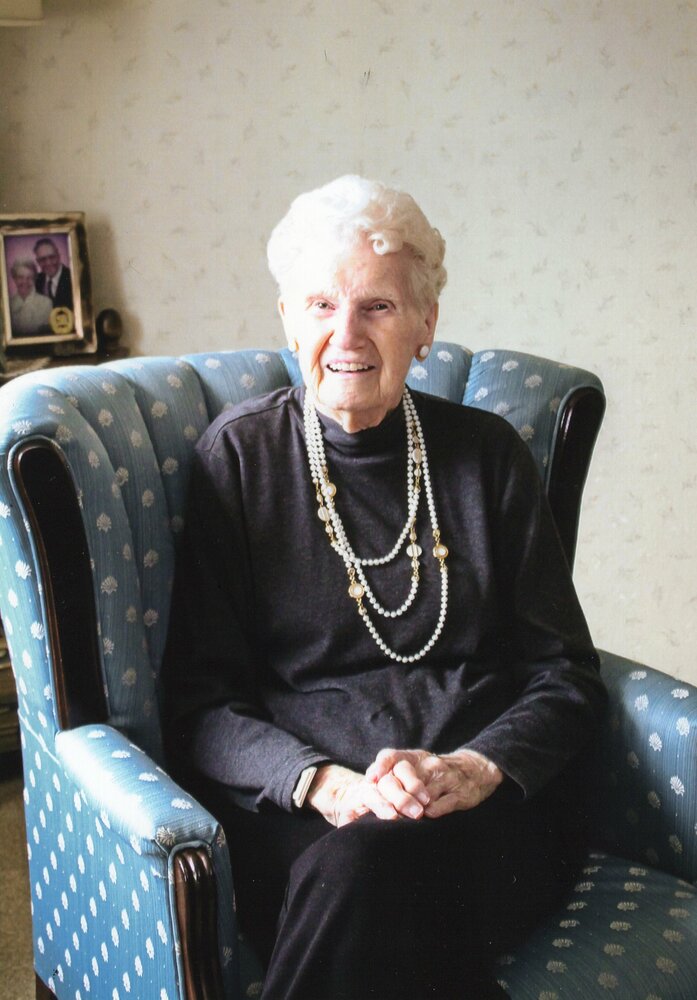 She was born April 3, in Sarles, North Dakota to Abraham and Elizabeth Thiessen. She was one of seven children, of Russian and German decent. Her father died when Norma was nine years old. Her mother bought a dairy and supported the family with all children working at the dairy. Norma finished high school and went to work in Dunsieth, North Dakota. One of her friends was Ted Duchesneau’s sister, Rosie. She introduced Norma to Ted. They married November 1, 1938, in Trinidad, Colorado. Norma’s older brother and two sisters had come to Oregon. She and Ted followed.

Ted and Norma’s first child, a son Allan, was born in January, 1941. They lived in a logging camp in eastern Oregon for several years. Ted served in the Army during WWII, Norma moved back to Eugene to be with her family and work. Norma and Ted’s second child, Judy, was born in August 1945. The final member to round out the family, a daughter Joyce, was born in June 1947. All the children were born in Eugene.

She had a lifelong love of needlework. Her mother sold needlework at the Public Market at Broadway and Charnelton for many years, later at the Lane County Fair. Norma contributed to the types of needlework sold. Norma still continued to produce over 500 crochet lap robes, which she donated to veterans groups until the last year before her death.

Norma and Ted joined bowling leagues through the Independent Order of Foresters. In 1998 Norma was named Independent Order Foresters Volunteer of the Year. Norma worked at Chef Francisco many years until she retired. After Ted retired, they purchased a motor home and went traveling to visit relatives. Ted was one of 18 children, so they got to travel all over the US visiting family. The trips were sheer joy to them.

When Ted died, the family wanted to honor him and Norma. A scholarship, to help another person achieve their dream, was to be the way. With contributions from family and friends, an endowment was established for full and part-time students at Lane Community College. It is the hope of the family that many students will be able to achieve the future they want for themselves through education and pass the same hope to the next generation. Donations in Norma’s memory can be made to the Duchesneau Memorial. Make checks out to LCC Foundation. Memo: Duchesneau Memorial. Mail to LCC Foundation, 4000 East 30th Ave, Eugene, OR 97405-0640.

The family wishes to thank the staff at the Pete Moore Hospice House for the compassionate care given to Norma in her final days. A private family graveside internment has been held.

To send flowers to the family or plant a tree in memory of Norma Duchesneau, please visit Tribute Store