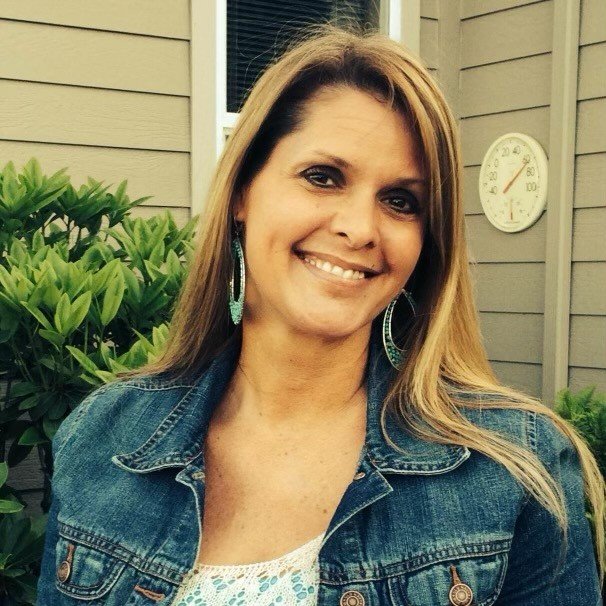 On Monday, July 5, 2021 Marti Shelley passed away surrounded by her family, after a bravely fought battle with cancer. Marti Kay Thompson was born on September 16, 1964 in Rapid City, South Dakota to Henry (Hank) Thompson and Sharon Swanson Thompson. Marti was the third daughter of four girls. Marti had a quick wit and magnetic personality that could always put a smile on your face.
Marti spent her childhood in Rapid City and graduated from Central High School in 1982. She then came to Eugene, Oregon to attend Eugene Bible College. It was there she met Doug Shelley. Marti and Doug were married March 16, 1984. They later divorced, but one of her true treasures was sharing holidays and family occasions together with Doug, their children and grandchildren.
Marti is survived by four children: Chad (Daina) Pluimer, Tyrel Shelley, Brianna Shelley, and Taylor (Madison) Shelley. She was also an incredible “Nonie” for her grandchildren. Her legacy includes seven amazing grandchildren: Hudson Pluimer, Colton Pluimer, Grayson Shelley, Treven Shelly, Athena Shelley, Kylin Shelly, and Jaylin Shelley. Marti is also survived by her parents Hank and Sharon Thompson and her sisters Marla Conrad, Teri Fuchs and Tracy Striker and many nieces and nephews.
Marti’s non-judgmental style blessed her with many wonderful lifetime friends. She was a bright light for all who knew her. She loved being with her family and friends.
Although she usually maintained a stoic expression, she endured six years battling colon cancer, always bouncing back with a positive attitude and continuing to entertain us all right up until the end. She is our superhero and will be remembered for her strong spirit and positive outlook on life.
A celebration of a life will be held at 11 a.m. on Saturday, August 14, 2021 at Calvary Open Bible Church, 1116 Centennial Blvd, Springfield, Oregon.
A reception will take place at Silvan Ridge Winery, 27012 Briggs Hill Rd, Eugene, OR 97405, beginning at 5pm. Please text 541-912-7630 to RSVP.

To send flowers to the family or plant a tree in memory of Marti Shelley, please visit Tribute Store