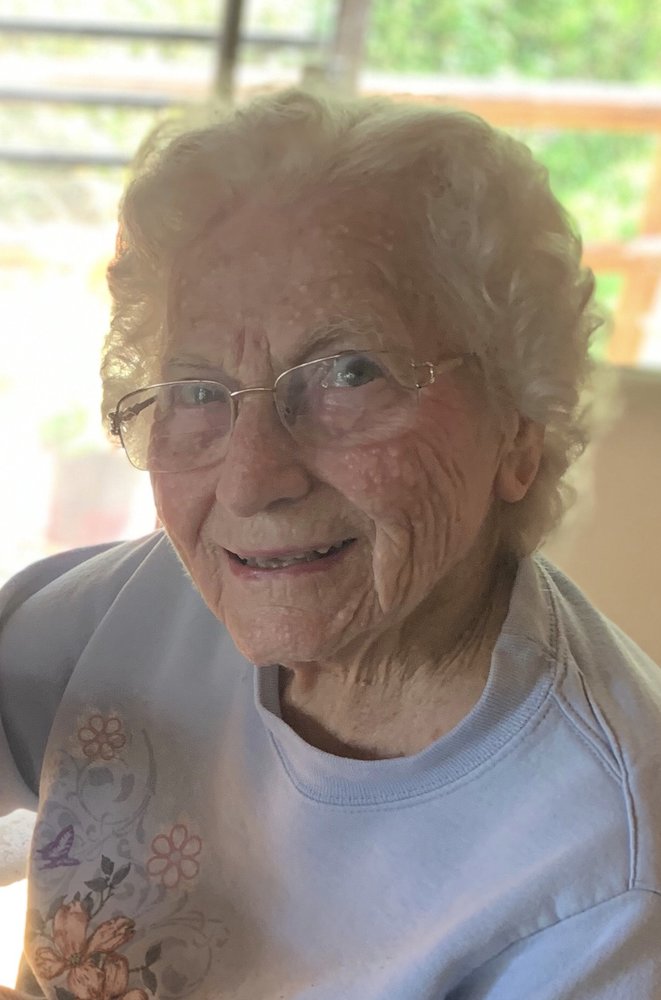 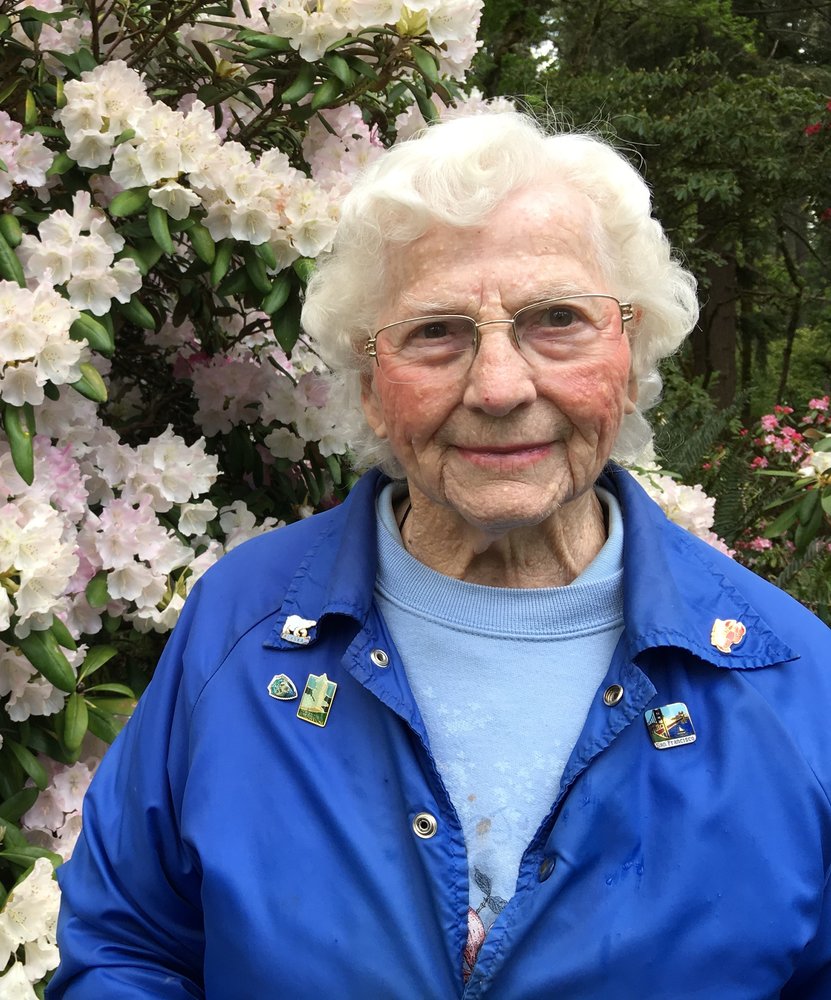 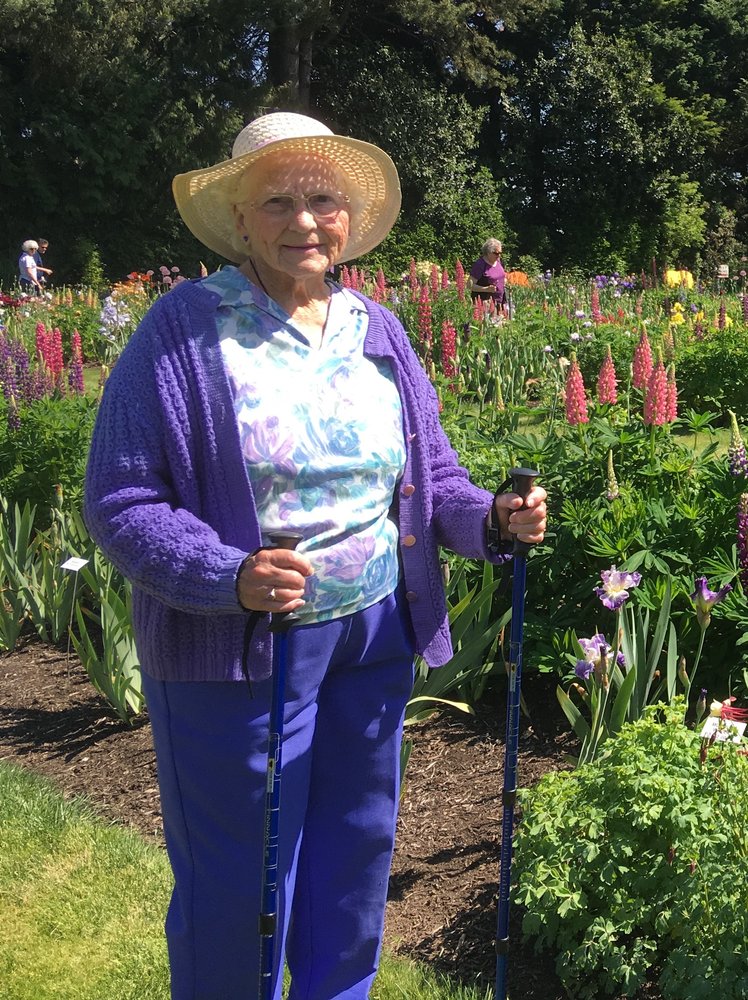 Wynetta Ruth Cramer was born on July 2, 1925, the second daughter of Floyd and Vera Cramer, in Corvallis, Oregon.  Her family moved to Klamath Falls, Oregon when she was three.  The family moved back to Monroe, Oregon during Wynetta’s sophomore year of High School.  She graduated from Monroe Union High School in 1943.

Wynetta Ruth attended the University of Oregon, in Eugene, for her freshman year where she met future husband Harold Olson through the Wesley Foundation Campus Ministry.  Her mother died unexpectedly in the middle of the spring term, and she returned home to be with her dad.  However, she continued writing with Harold and dating on the weekends.  They were married on August 11, 1944 in Eugene, Oregon.

The city girl became a farmer’s wife, in particular helping with the chickens and eggs.  Wynetta heeded her mother-in-law’s advice though, and never learned to milk the cows! Harold and Wynetta honeymooned at an uncle’s cabin on the Metolius River in Camp Sherman.  They loved it so much they eventually bought a cabin on the river where many happy years and one tragedy occurred.

Their family grew as Mike was born in 1946, David in 1947 and Susan in 1950.  Precious daughter Susan drowned in the Metolius River in 1952, but their faith helped them through this difficult time.  Life continued for the young family as Peggy and Ann were born in 1953 and 1954, completing the family.

The chickens were sold in 1960 and the family took a 9-week trip across the United States in a camper visiting relatives along the way.  Once home, Harold went into the Fire Extinguisher Sales and Service business and Wynetta continued to help with the monthly bookkeeping.

Wynetta was active in her children’s lives, serving as Blue Bird and Camp Fire troop leader for both Peggy and Ann.  Harold and Wynetta were founding members of Wesley United Methodist Church and active in church life and leadership positions over the years. They served as leaders for the boys’ MYF church youth group.   It was an active time with water skiing on Fern Ridge Lake, snow skiing, horses and visits to the cabin and eventually a pit trampoline in the back yard!  They loved attending all their children’s sporting events, especially gymnastics.  Maintaining relationships were important and many family trips and vacations were centered around visiting relatives.

Harold retired in 1977 and they finally built their retirement home, moving to the Elmira area in 1978.  Wynetta and Harold enjoyed life in the country and now hosted large family picnics over the 4th of July.  Wynetta loved to travel and Harold was happy to follow along.  Wynetta was a history buff and few historical markers were ever passed up!  They enjoyed many trips and cruises in their retirement years.  They celebrated their 71st anniversary before Harold passed on in 2016.

Wynetta is survived by Mike and Connie Olson,  David and Linda Olson of  WA, Ann and Jim Beltz of NH, 8 grandchildren and 9 great grandchildren.  She was predeceased by her husband and daughters Susan and Peggy.

To send flowers to the family or plant a tree in memory of Wynetta Olson, please visit Tribute Store