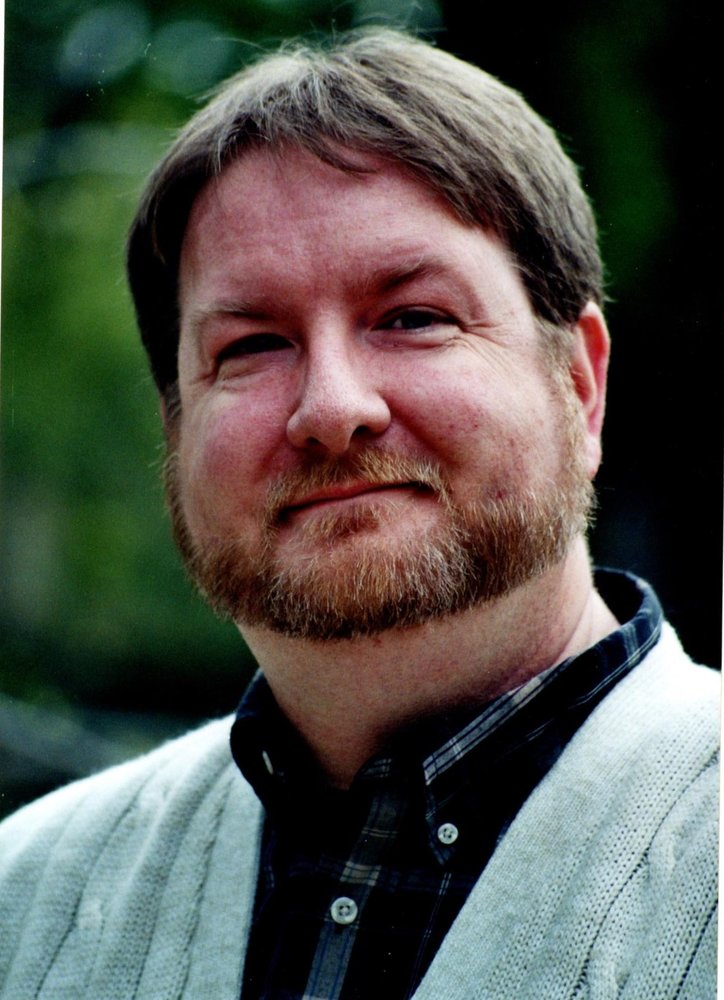 Dean Paul Carl of Eugene, Oregon went to be with the Lord on Sunday May 23, 2021. Dean passed away peacefully at home surrounded by family after a short but courageous  battle with cancer. Dean was born in Elgin, Illinois on May 28, 1961 to Paul Carl and Doris Carl.

Dean worked and contributed to the news and radio industry for over 40 years. Some of his most memorable and fondest memories were during his radio announcer days where he made many life long friends. Dean took pride in being involved in projects and promos. He had many great accomplishments through out his career, one of which was helping to save the historic Umpqua River Light house from being demolished. Dean also enjoyed acting and worked hard to obtain two degrees in Theater Arts and Film. He was best known for his role played on a Japanese game show and he was a part of many theater productions, acting in as well directing.

Dean married his first wife Kelli Carl and had two children by the name of Stephanie Carl Kent and Shawn Carl. Later he worked in the Worship and Arts department at First Baptist Church where he met his current wife Christine Carl. Dean and Christine shared a life together where he helped to raise Christine’s 2 children, Halie and Isaiah.

Dean was very close to his late Father Paul. From this relationship Dean learned many wood working skills through out his life from projects they worked on together. Dean had a love of gardening with a natural green thumb. He enjoyed bird watching. Fishing and camping. He had a passion for stamp collecting and served as president of the Sacramento Philatelic Society as well as ran many stamp shows. Dean also enjoyed Baseball and was a huge Oakland Athletic’s fan. Some of his favorite past times were attending local baseball games with his family and friends.

Dean will be remembered by many as a loyal energetic man who always had a positive outlook, twinkle in his eye and a full bodied laugh. A memorial service will be held by the family on June 13th to celebrate Deans life.

To send flowers to the family or plant a tree in memory of Dean Carl, please visit Tribute Store