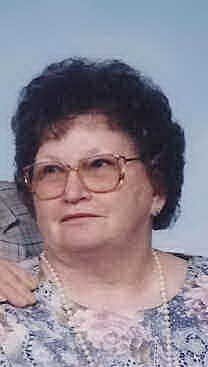 Obituary of Delcie May Campbell

Delcie (May) Campbell passed away at the home of her daughter in Creswell, Oregon on May 31, 2021.  Delcie was one month shy of 94 years of age.  She was born on July 1, 1927 in Mena, Arkansas to the parents of Oscar David May and Edna (Martin) May, one of eleven children.  She was married to Oscar Bob Campbell on June 19, 1947.  Her husband passed away in July 2007. Her children are: Linda June Boehland of Creswell, David Campbell and his wife Lila of Springfield, and Robert Campbell also of Springfield.  She has seven living grandchildren, Mike, Guy, Missy, Lynn, Mark, Scott, and Bobbi.  Her grandson Wayne passed in 2001.  She was also blessed with 12 great grandchildren and 5 great-great grandchildren.  Delcie lived in the Springfield area since 1953.  She will be missed.

To send flowers to the family or plant a tree in memory of Delcie Campbell, please visit Tribute Store