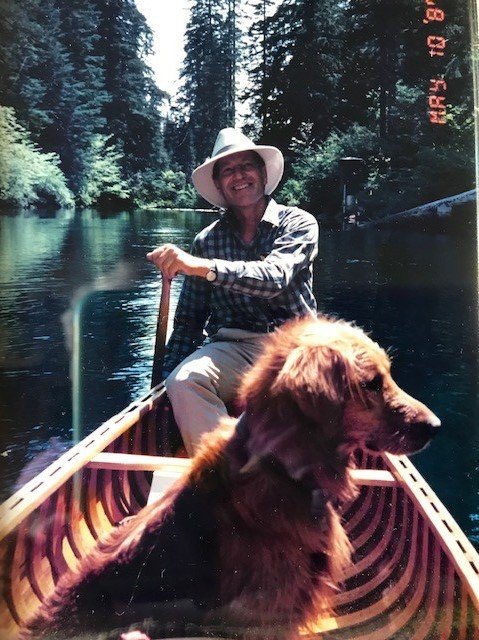 Jerry Newcomb, age 86, passed away at ElderHealth and Living, Springfield, Oregon.  He was born in Glenwood, Arkansas to a farming family.  At age 7, his family moved to California seeking a new means of employment.  They lived in Grass Valley for several years where Jerry attended a one room school called "Rough and Ready".  The family then moved to Vallejo for a brief time before settling in Fairfield, California in an area known as Tolenas, where he attended junior high school.  He graduated from Armijo High School in Fairfield.  He was nurtured by several relatives who followed the harvests of the Western states, which is when he fell in love with Oregon.
After he finished high school in Fairfield, California, he married Nancy Onstott, fathered his only child Susan Newcomb, and was employed as an apprentice electrician for the Mare Island Naval Shipyard in Vallejo, California.  He served in the Naval Reserves.
At age 19, he became a customer engineer for IBM who trained him a year at Rochester Institute of Technology as well as at California cities over the next few years.  He acquired several awards and quickly rose to become Senior Customer Engineer.  In this capacity he later provided computer management for the Lawrence Livermore Laboratory.  Jerry installed the first computers in Oregon businesses and banks as well as at the University of Oregon, each one as big as a bedroom.

In 1969, age 34, Jerry was recruited by Oregon Institute of Technology to teach computer science and augment the new and growing program there.  He began adding to his Bachelor of Technology degree by attending Southern Oregon College at the same time.  His publications include studies of the UPC scanning system now used by retail pharmacies and problem solving for geothermal wells.
In his 20's Jerry was a state and national leader in Falconry, a favorite hobby of his.  He hunted cougar, bear and bobcat for bounties, meat and fur with his best friend, their bows and arrows and hunting hounds.  He was an early environmentalist.
Jerry became a decathlon athlete, participating in the 1989 World Veterans Championships in Eugene, Oregon.  He loved canoeing Oregon rivers.  He taught himself to make wood and canvas canoes and was respected for his craftsmanship by the Wooden Canoe Heritage Association.  Jerry and his wife Becky, along with their Golden Retriever were frequent participants in their gatherings where he put his canoes on display.
In his 70's, Jerry taught himself Greek and studied Shakespeare.  He wrote extensively and loved the origin of words.  Jerry loved the outdoors, Native American History, Science, philosophy, U of O Women's basketball, and achieving unlikely goals.  He inspired many.
Jerry is survived by sister Cathy of Fairfield, California, former wives Nancy Newcomb and Teresa Rennick, current wife Becky Sisley, and daughter Susan Newcomb of Albany, Oregon.  His brothers James and Devon, and sister LaJuan passed before him.  There will be no memorial service.
Arrangements entrusted to Musgrove Family Mortuary. Please access the obituary and you are invited to sign the guestbook at musgroves.com.

To send flowers to the family or plant a tree in memory of Jerry Newcomb, please visit Tribute Store

Share Your Memory of
Jerry
Upload Your Memory View All Memories
Be the first to upload a memory!
Share A Memory
Send Flowers