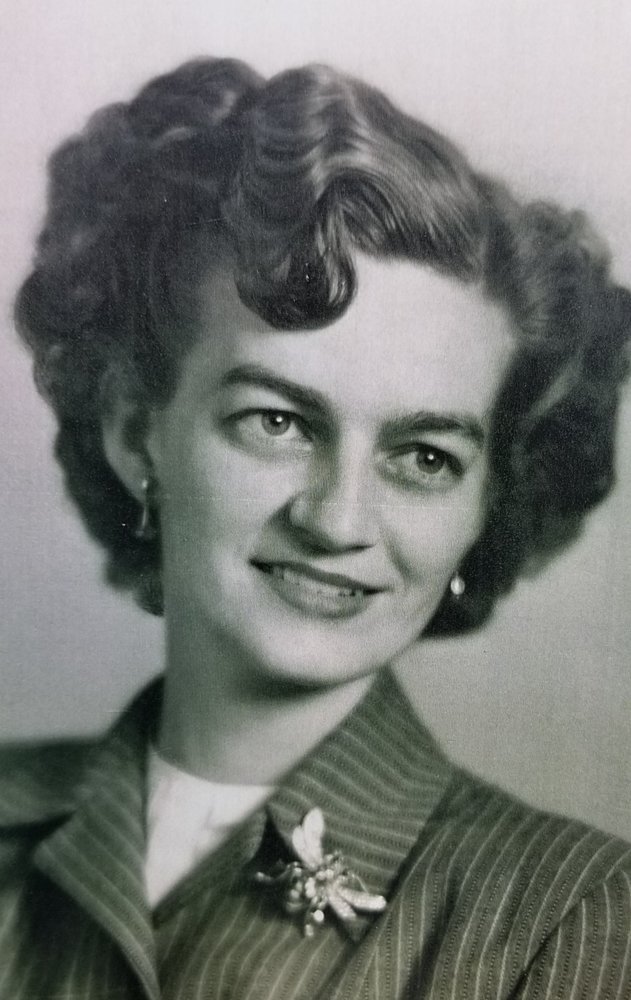 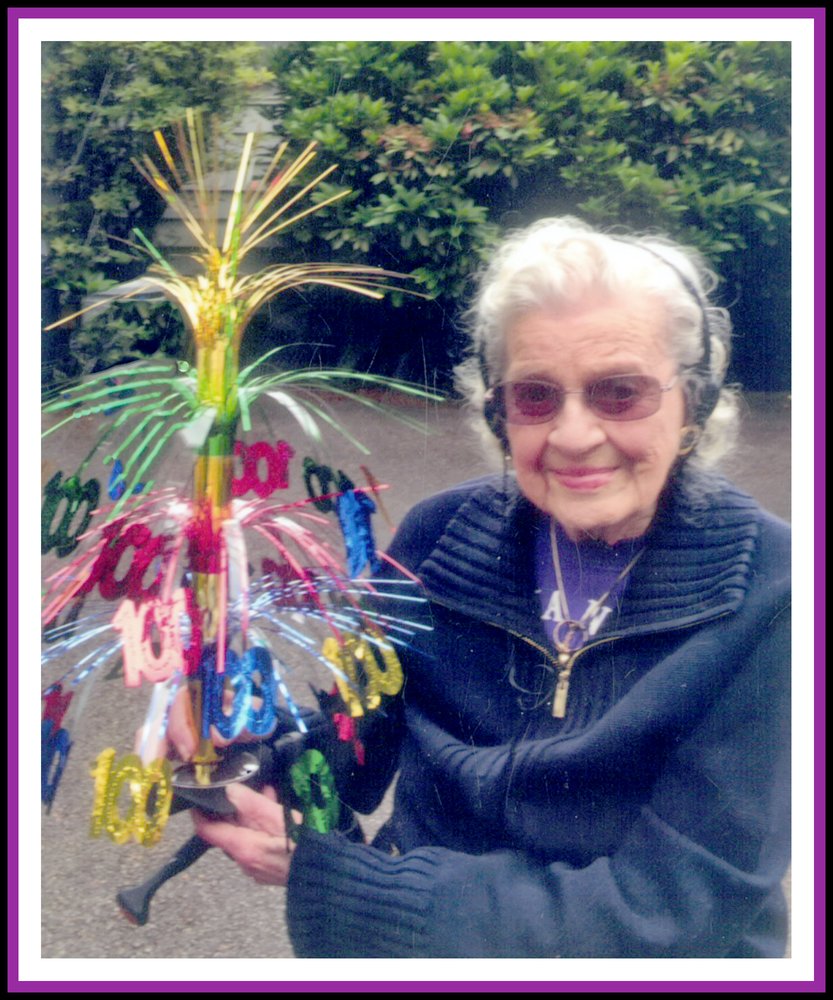 Margaret Jane Hewitt went home to be with the Lord on April 15, 2021, two months shy of reaching the age of 101 years.  She was born in Eugene and has lived her entire life there, except for a short time in Biloxi, Mississippi, where her husband was stationed during World War II.  She married William G. Hewitt in 1939, and together they owned Hewitt’s Food Market at the corner of Oakway and Coburg Road for many years.  After selling the market in the 1960s, they moved to a horse and cattle ranch in Eugene and then to another ranch in Goshen where she resided for the rest of her life.  Country life, horse shows and rodeos became their life with their daughters.  Margaret was a city girl, but quickly fell in love with the wide-open spaces in the country and with sharing life with a variety of domestic animals, as well as experiencing the joy of seeing abundant wildlife.  Margaret was an excellent cook and baker, she loved flowers and gardening, scrapbooking, taking photos and traveling.  Margaret was proud of her pioneer heritage.  Her mother’s side of the family came to Oregon on the Oregon Trail in 1846, being in the first wagon train to take the Applegate Trail.  Margaret was an exceptional letter writer, and it was a treat to receive her letters.  She loved to collect things and she filled many scrapbooks with newspaper clippings that she wanted to save.
Margaret and Bill were married for 66 years.    She has been a lifelong member of First Baptist Church.  She was preceded in death by her parents, Carl and Esther Tobey; her husband, Bill; and her brother, Fred Tobey.  She is survived by two daughters, Patsy Macnab and Shirley Kuebler; two sons-in-law, Steve Macnab and Jaye Kuebler; two grandchildren, Scott Macnab and Shelley Macnab Boley; a grandson-in-law, Chris Boley; and two great-grandchildren, Brayden and Sienna Boley.
The family held a private graveside service.  Memoriams may be made to First Baptist Church of Eugene or to Cascade Hospice.
Arrangements entrusted to Musgrove Family Mortuary. Please access the obituary and you are invited to sign the guestbook at musgroves.com.

To send flowers to the family or plant a tree in memory of Margaret Hewitt, please visit Tribute Store