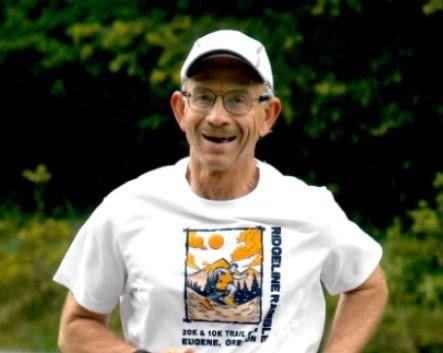 Don DeWitt of Eugene, a much-loved husband, father, grand-father, great-grandfather, brother, father-in-law and teacher, left us on April 13, 2021. He is survived by his wife, Linda, daughters Brooke (son-in-law Jason) Boyer of Eugene and Elizabeth DeWitt of Springfield, grandchildren Kennedy, Logan and Aria Boyer and Deshaunah, Jahari and Josiah DeWitt, great-grandson Raidyn DeWitt and brothers Earl (Pueblo CO) and Roger (Greeley CO). Don was born on August 30, 1945 in Colorado Springs, CO. He earned his Bachelor’s Degree at Colorado College in 1967 and his Master’s at the University of Oregon in 1976. He and Linda married on August 20, 1967 in Denver, CO, and moved to Redding CA, where he taught at Shasta High School. They moved to Eugene in 1968, and he began teaching English that fall at South Eugene High School, retiring in 1998.
In addition to his family, Don is survived by thousands of students, one of whom he recognized the week before he died after spotting her on the Amazon running trail. Don was never too busy to help someone, never too tired to play with a child or take a few to the park, and never missed an opportunity to teach. Before his final illness, he volunteered many hours in Hendricks Park, clearing trails of vegetation and fallen branches so that walkers and runners would not have to dodge them, and trimming blackberries from the edges of neighborhood streets. He was a birder for many years, and once held the annual record for the most bird species seen in Lane County. He and Linda also enjoyed camping, fishing and hiking, even backpacking with a two-year-old, and always helped their children, grandchildren and great-grandchild to love and respect the outdoors.  He extended the gift of his appreciation of wild places to students in the South Eugene Outdoor Club.  Don was a life-long runner, an activity he enjoyed daily, until 2018. He ran every distance from marathons to fun runs, and recorded over 24,000 miles (roughly the Earth’s circumference) after his initial diagnosis with heart disease in 2003.
His family plans to place a bench in Amazon Park in memory of “Papa” Don DeWitt. Those who wish to help with this project can make donations in person or by check to the Don DeWitt Memorial Fund (account # 671569) at SELCO Community Credit Union PO Box 7487 Springfield, OR 97475.  A Celebration of Life will be held for family and close friends later in the summer.
Arrangements entrusted to Musgrove Family Mortuary. Please access the obituary and you are invited to sign the guestbook at musgroves.com.

To send flowers to the family or plant a tree in memory of Donald DeWitt, please visit Tribute Store