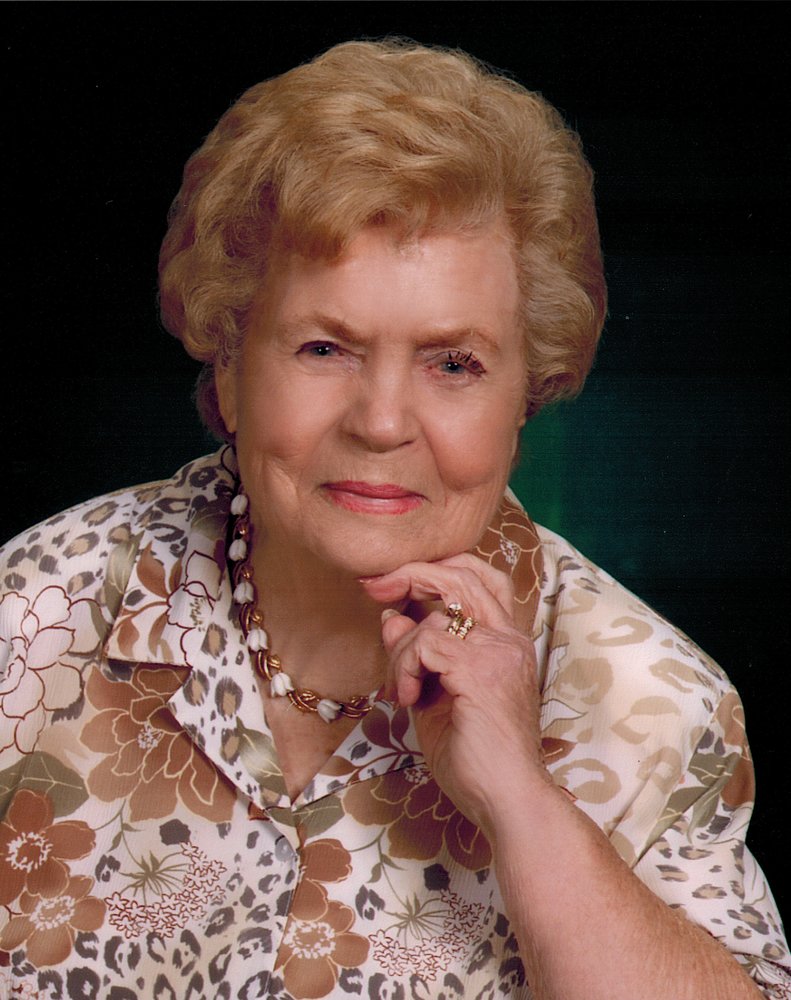 Jean Elizabeth Johnson a beloved wife, mother, grandmother, great-grandmother, and great-great-grandmother passed away March 30, 2021 of natural causes at the age of 96 at the home of her son Mark and his wife Pam in Springfield, Oregon.  Jean was born November 13, 1924, to Charles “Ralph” Arms and Mattie (Anderson) Arms in Minneapolis, Minnesota.  Jean was the middle of three daughters, and her older sister Ruth “Ruthie” (Cotterman) and her younger sister Virginia (Porupsky) grew up in Minneapolis.  When she was young her family enjoyed traveling and family vacations at lake cabins and visiting various places such as Boston, Kentucky, and Yellowstone Park.  Her parents also owned a cabin located near Mound, Minnesota, on Lake Minnetonka. She also enjoyed special vacations with her aunts Minnie, Carrie, Hazel, and grandmother Arms.

After graduating from Roosevelt High School, Minneapolis, in January 1942 she started work at the Twin Cities Ordnance Plant in Ramsey County, Minnesota, her job was inspecting 50 caliber cartridges for World War II.  During the 1940s she also worked at First National Bank and Honeywell.  Jean met the love of her life Donald Johnson in 1944, who was home on leave from the Army Air Force and both were attending the 25th wedding anniversary of some family friends. She married Don on August 17, 1946, and for their honeymoon they took the train to Chicago.  A family of four sons followed: Craig (1948), Duane (1949), Neil (1952), and Mark (1953).  During the period of 1946 to 1954 the family lived at several locations in the Minneapolis area.  In 1954 they bought their first home in New Brighton, Minnesota, and lived there until 1960.  In 1960 they moved to Albert Lea, Minnesota.  In 1961 Don got a new job with Weyerhaeuser and the family moved to Cottage Grove, Oregon.  In 1966 the family moved to Eugene, Oregon, where she lived in the same home located on Charnelton Street until November 2019, and then moved in with her son Neil and family, and subsequently with her son Mark and wife Pam.

When her children were young Jean spent her time as a homemaker and a very caring and loving mother.  She was very patient “amazingly most of the time” with her four-boys who “were no angels and just regular kids”.  After her children were grown, she held several jobs in the Eugene area which included being a housekeeper for a University of Oregon Fraternity and her last 14 years before retirement was spent working for Sacred Heart Hospital Dietitian Services.  Jean was very social and had many friends and was a member of five clubs, multiple bridge playing groups, 50-years with Beta Sigma Phi Sorority, and was a member of United Lutheran Church for 55-years.  She was fun to be around and her sense of humor resulted in many close friendships thru-out her life. In retirement Jean enjoyed traveling locally, visiting family, trips to the coast, and vacationing in Hawaii with her husband Don and friends.

Holidays were her favorite times and she loved having all of her family in one place at the same time.  Thanksgiving and Christmas were special times for the family and she was a great cook and many special requests were made…pies, doughnuts, and “of course a Swedish request for lefse at Christmas”.  Jean had a great love for her family and was always happy to have sons and family visit and was delighted by her grandchildren and great grandchildren.  Jean will be loved and missed by family, extended family, and many friends.  Thanks and appreciation is extended to the staff of Cascade Health and she was very fond of Becca and Stephanie.

Arrangements entrusted to Musgrove Family Mortuary and you are invited to access the obituary and sign the guestbook at musgroves.com.

To send flowers to the family or plant a tree in memory of Jean Johnson, please visit Tribute Store

Share Your Memory of
Jean
Upload Your Memory View All Memories
Be the first to upload a memory!
Share A Memory
Send Flowers