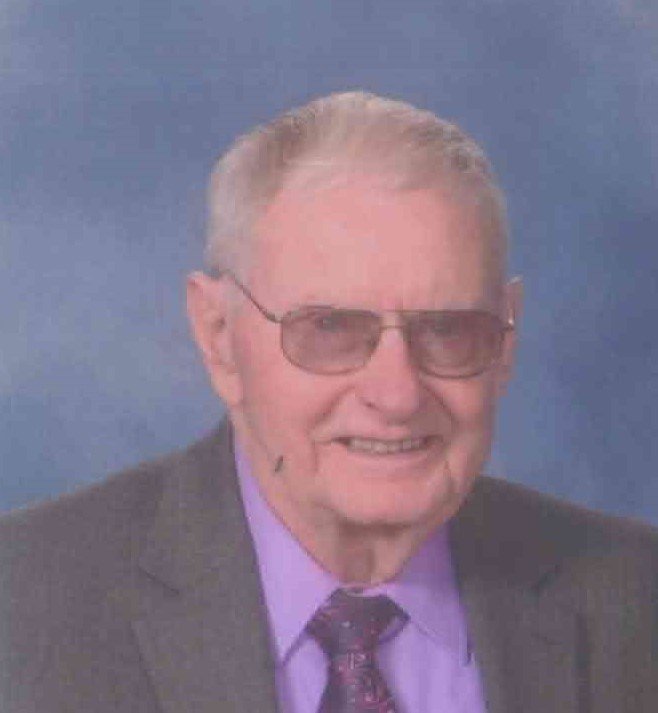 Morris was born on March 5, 1929 to Patrick Joseph and Mary Morris Kielty in Elgin, Nebraska. He grew up on a farm with his older sister Eileen and younger brother Stan. At the age of 12, Morris stayed out of school for a year to run the farm when his father fell ill. After Morris and Stan graduated together from St. Boniface Catholic School in 1947, they decided to move out west and eventually settled in Eugene. Morris was drafted in 1950 and served in the Army for two years during the Korean War. Upon his return, he worked several jobs while attending University of Oregon and then trade school for carpentry. In 1971, after working many years in construction, he started his own general contracting company which operated successfully for 38 years. He was known for his honesty, strong work ethic, and high standards.

Morris was an avid golfer, parishioner of Saint Mary’s Catholic Church, active member of the Knights of Columbus, and a strong supporter of Catholic education, especially O’Hara Catholic School and Marist Catholic High School where his children attended.  He was dedicated to his Catholic faith and family.

He is survived by his wife, Bertha (Bertie), of 29 years and his children from his first marriage to Connie Kielty: Tim Kielty, Karen Gescher (Greg Gescher), Kathy Kielty, and Debbie Kielty. He is also survived by Bertie’s children Donavon Volk (Jill Volk), Shelly Palmer (Rick Palmer), and Jeff Volk, as well as many grandchildren and great grandchildren. He is preceded in death by his brother and sister and Bertie’s son Danny Volk (Lauri Volk).

In lieu of flowers, donations may be made to Marist Catholic High School in his name.

To send flowers to the family or plant a tree in memory of Morris Kielty, please visit Tribute Store

Share Your Memory of
Morris
Upload Your Memory View All Memories
Be the first to upload a memory!
Share A Memory
Send Flowers