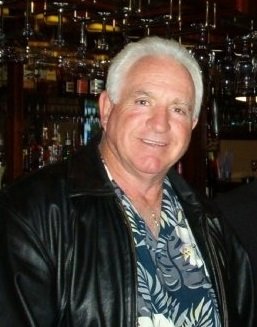 Richard L. “Lefty” Palermo passed away peacefully in his sleep on February 11, 2021. Richard was born on January 4, 1939 in Anacortes, Washington to Pietro “Pete” and Dorothy (Keen) Palermo. Richard attended grade school in Eureka, California and spent his summers playing and riding horses on the family farm in “Palermo Valley”, Tumwater, WA and on the prairie near Rochester, WA with his brother and cousins. His family moved to Springfield in 1953 where he attended Springfield Jr. High and Springfield High School. He excelled in sports playing quarterback for the Springfield Millers football team. Richard attended and played football at Shasta College in Redding, CA where he was the quarterback breaking and setting several records. After college, Richard lived in the Olympia, Washington area, moving to San Antonio, TX in the 1970’s. He had a long career in automobile sales and enjoyed watching college and professional sports and playing golf.

He is survived by his sister-in-law Mary Palermo of Springfield, OR, daughter Dawn Mason (Mike) of Orland, CA, sons Richard A. Odom (Stacy) of Houston, TX and Rome A. Odom of Palm Springs, CA, nieces and nephew Lori Palermo, Lisa Barrager and Michael Palermo of Springfield, OR, 3 grandsons and many cousins, great and great-great nieces and nephews and his “Texas Family”, Rusty and Heather Armstrong of Boerne, TX.

He was preceded in death by his parents and his brother Loren “Pete” Palermo. A family gathering will be held at a later date, Arrangements entrusted to Springfield Memorial Funeral Home. Please access the obituary and you are invited to sign the guestbook at musgroves.com

To send flowers to the family or plant a tree in memory of Richard Palermo, please visit Tribute Store