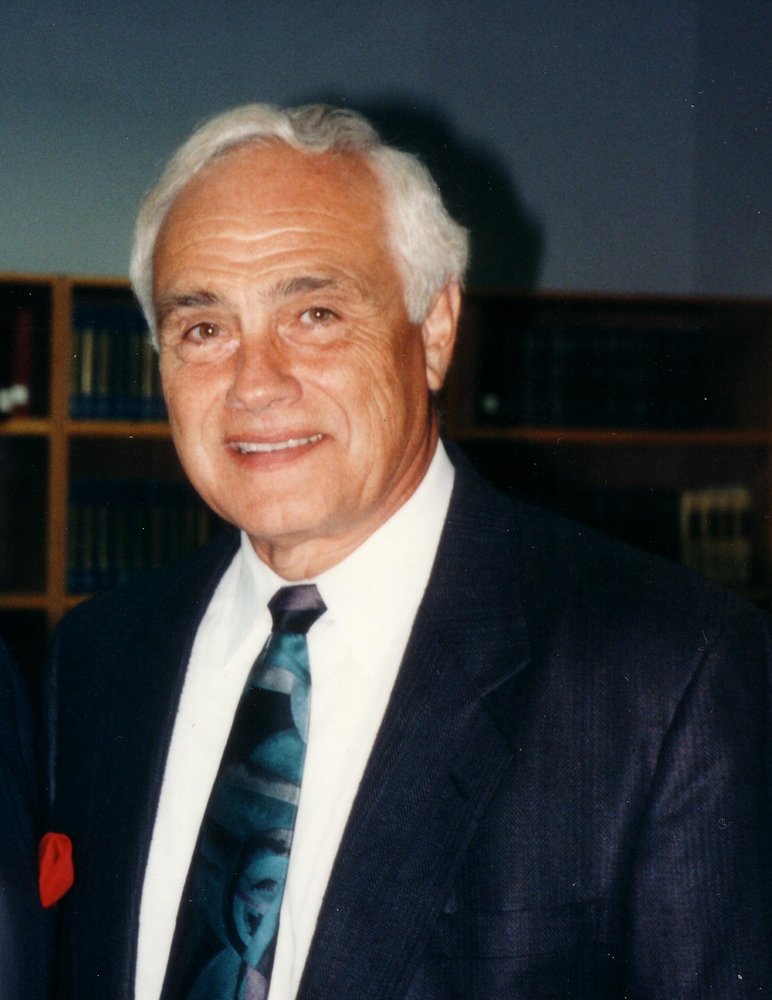 Dan was born to Open Bible pastors, Clarence and Catherine LeLaCheur  on March 3, 1933 in Seneca, Nebraska.  He was the youngest of 5 children.

He lived most of his young life in Nebraska and South Dakota.  He related often while living in Kearney, Nebraska as a young boy he would go on the “troop” trains when they stopped and walk down the aisles and sell newspapers to the soldiers.

He graduated from Brookings High School in Brookings, South Dakota.  In High School he played football and was a leader.  He was Student Body President and also was selected to be “Mayor of the City” for a day.  This could have been the beginning of his reluctant leadership style.  He never sought it but was a leader all of his life.

He came west to Eugene, Oregon to attend Eugene Bible College.  It was here he met his life’s partner and love,  Mardell Varney from Everett, Washington.  While in college he was the Student Pastor of a small Open Bible Church in Marcola, Oregon.

Dan and Mardell were married in Everett, Washington, June 12, 1954.  While Mardell finished college they worked with Ray and Arlene Rexius to start a church, Wayside Chapel in Springfield, Oregon.

After Mardell’s graduation in 1955 they moved to Custer, So. Dakota to pastor their first church.  It was here that their daughters, Danell and Lynne were born.

They returned west to pastor the Open Bible Church in Edmonds, Washington.  While here he served as President of the Ministerial Association and was entered in Who’s Who of Young Men in America.  His son, Mark was born while in Edmonds.

A Sabbatical from the church in Edmonds took the family to live in Trinidad, West Indies where he was President of Open Bible Institute of Trinidad/Tobago.

In 1970 he was elected to be the National Director of Christian Education and Youth for Open Bible Churches in Des Moines, Iowa. He wrote and developed many programs,  organized and took young people on missions trips.

In 1976 he became pastor of the First Church of the Open Bible, the “mother church” in Des Moines, Iowa. While here he saw great growth in the church and built two million dollar additions to the building.  He also served as District Superintendent.  He and Mardell had a television and radio ministry called
“Family Survival”.

He met many interesting people while pastoring in Des Moines, Corrie Ten Boom, Represented the ministers and visited the Living History Farms when Pope John Paul II came to aid the farmers.

In 1987 he resigned the pastorate and became affiliated with Bibles for India, an organization that supplied Bibles for ministers in India.  He took several trips to India introducing United States pastors to the need of supplying the Bibles.

His ministry focused on families all his life, but his “dream came true” with the publishing of his first book “Generational Legacy” published in 1994. This message that God impressed on his heart was more powerful and life changing than any other.  He then continued with his second book “The Legacy Lives On”.

Dan was fortunate to live his last three years in the care of Jonatan and Aleixandra Tejada at Magnolia Gardens in Eugene, Oregon.  Their love for him and his love for them was beautiful to the end.

He is survived by his wife, Mardell of 66 years and his daughters and families.

He was preceded in death by his son, his parents and three of his siblings.

To send flowers to the family or plant a tree in memory of C. Daniel LeLaCheur, please visit Tribute Store