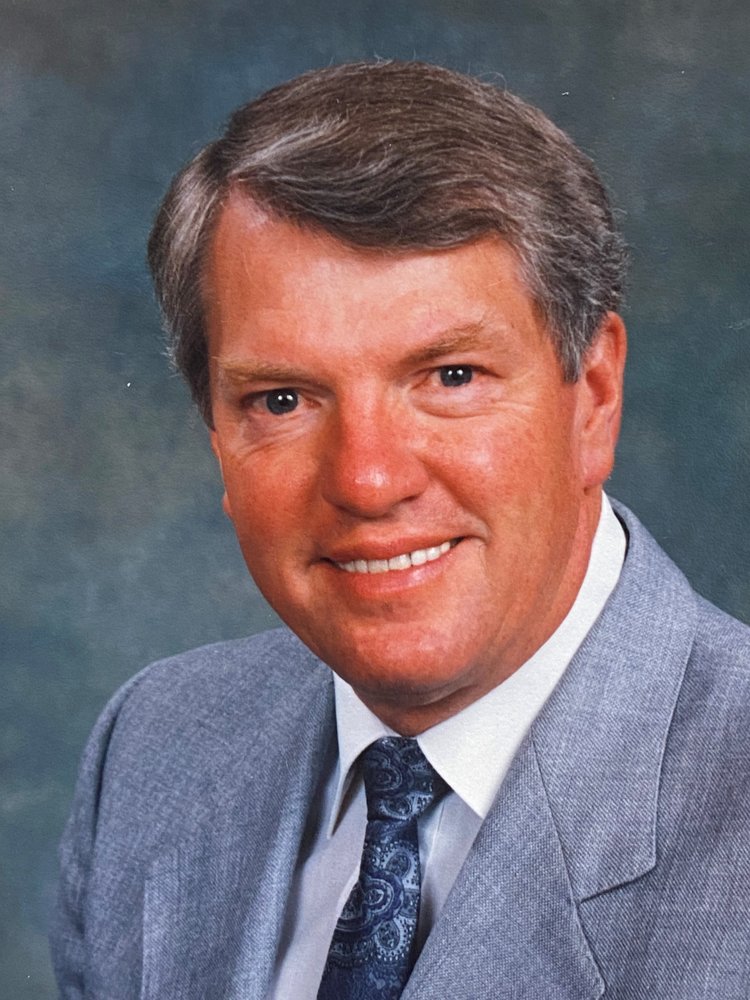 On February 8th, 2021, Vern Schwin was finally relieved of the pain of cancer and went into the awaiting arms of his Heavenly Father where he heard the words “Well done, My good & faithful servant”.

Vern Schwin was born in Oskaloosa, IA to Leonard & Margaret Schwin.  They moved, along with his older sister Virginia Schwin Garvin, to Ottumwa, IA when he was 3 years old, where he lived for the remainder of his single years.

Vern hadn’t planned on attending college, but when his parents (of modest means) offered to pay his room and board he agreed to go.  After his first semester he found that he enjoyed college and he was “pretty good at it”, where he got very good grades.  He also found two of his loves, math and the love of his life, Sharon Hendricker Schwin.  Vern and Sharon were married in Beardstown, IL in 1962, and he graduated that same year from Olivet Nazarene College in Kankakee, IL.  After graduation, he got his first teaching job and taught math and physics at Triopia High School in Concord, IL.  In 1964 they moved to Eugene, OR where he taught math at both Cal Young Junior High and Spencer Butte Junior High.  In the late 1960’s he got his dream job teaching math at Lane Community College where he stayed for 10+ years.  He later realized that teaching wasn’t going to provide for his 3 children’s future educational needs.  So, as was common for him, he sacrificed what he loved for his family and changed careers to become a commercial insurance bond agent.  And although insurance was an excellent career, his heart never left the classroom.

Outside of teaching, Vern served in many leadership capacities at Eugene First Church of the Nazarene for 20+ years.  His hobbies and interests included bow hunting, camping, cycling and woodworking.  But most of all he loved spending time with his family.  Vern spent countless hours traveling to his kids’ and grandkids’ sporting events and special occasions.  Most of his greatest memories are with family and we are blessed that so many of them were shared during the last couple of months of his life.

A memorial service will be held at 11:00 AM Saturday, February 13, 2021 at Eugene First Church of the Nazarene.  It is open to the public or can be viewed live online at EugeneFirst.org, then click “Online worship” to get to the livestream link.

Arrangements entrusted to Musgrove Family Mortuary.  Please sign the guestbook at musgroves.com.  In lieu of flowers the Schwin family asks that donations be made to one of Vern’s favorite ministries that provides new wells for drinking water and sewing machines as a source of income for the residents of Malawi, Africa.  Please donate at: EugeneFirst.org and note on the memo line: Malawi Partnership

To send flowers to the family or plant a tree in memory of Vernon Schwin, please visit Tribute Store

Share Your Memory of
Vernon
Upload Your Memory View All Memories
Be the first to upload a memory!
Share A Memory
Send Flowers