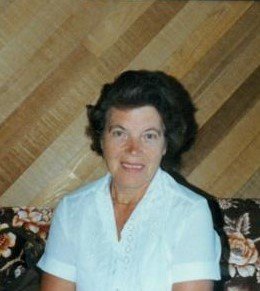 Anneliese Bojarsky, age 97, passed peacefully December 31, 2020 at The Rawlin at Riverbend Memory Care.  Married to Anton Bojarsky for 49 years, she is survived by three children, Monica (Reid) Anderson, Tony (Kathleen) Bojarsky and Johnny (Jill Sager) Bojarsky, six grandchildren, Justine, Natalie, Gates, Elliot, Stephanie, Maxim, and one great grandchild Remy.
Anneliese, a devoted wife and mother, was a resident of Eugene for six decades. Born in Duisburg, Germany to Gottlieb and Anna (Blackmann) Wengortz, she was the ninth of ten children.  She immigrated to Canada in the mid 1950’s, where she met Anton.  The family settled in Eugene where she developed a large network of close friends. Many were of European descent. These relationships were like family, often referred to by her children as aunts and uncles.
Her belief in right and wrong, self-responsibility and her legacy of integrity are enduring.
She enjoyed entertaining, travel and regularly attended theater and music events. She was a volunteer at the Assistance League and loved to walk the paths along the river in Eugene.
A memorial will be held at a later date.

To send flowers to the family or plant a tree in memory of Annaliese Bojarsky, please visit Tribute Store

Share Your Memory of
Annaliese
Upload Your Memory View All Memories
Be the first to upload a memory!
Share A Memory
Send Flowers