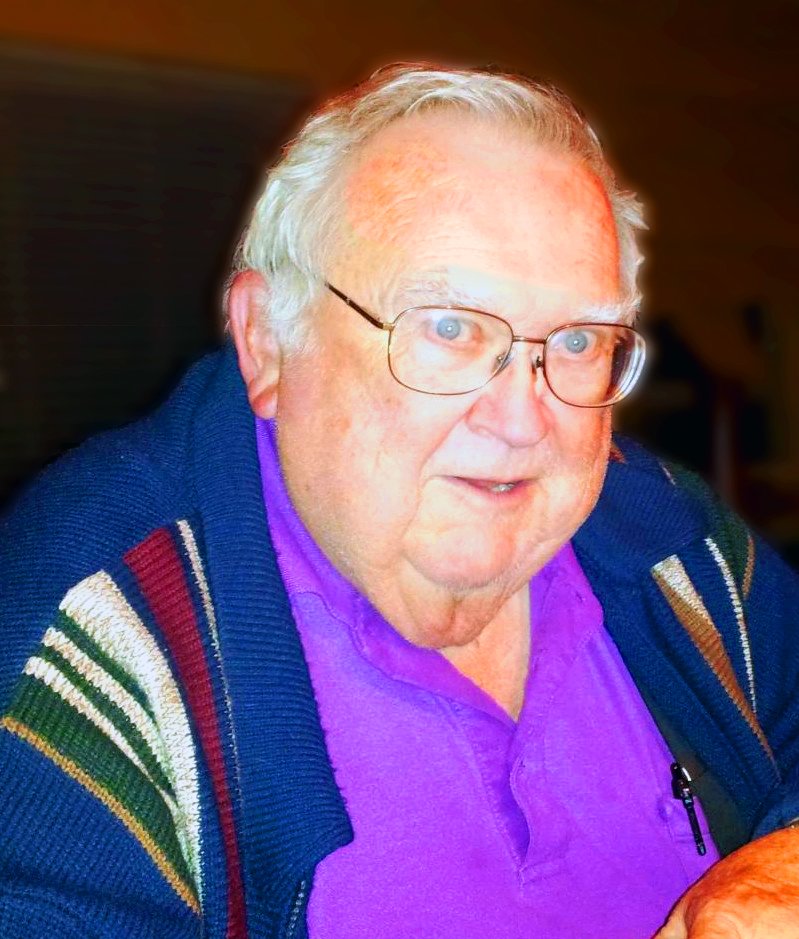 Frederick W. Banks Jr. (Billy, Fred, and sometimes “Tiny”) passed away peacefully on November 29th, 2020, at the age of 86. He was born in Hull, Iowa to Mary (Weir) and Frederick W. Banks Sr. He joined two older sisters, Ade & Gail, and was the only boy in his family of seven; being followed by younger sisters Ann and Carolyn.
His family relocated to Burbank, California while he was in elementary school. Seven years later, the family moved to Eugene. Fred attended St. Mary Elementary and St. Francis High School. He worked at the cannery in Eugene before becoming a salesman and delivery driver for Nalley Products; first with valley routes and later with an extensive mid-coast route. Fred’s friendly, outgoing personality and attention to detail made him the perfect fit for this position.
He met his wife Lois when he joined the young people’s club at church, the Agnes Dei Youth Club. Fred was president and Lois was secretary. He’d drive her to the meetings and they became good friends. They were the first couple in the club to become engaged. Both were also members of the adult church choir. Fred was pretty proud that they were in the adult choir even though they were still kids in school.
They married August 30th, 1958, at St. Mary Catholic Church. Their first homes were on Siltcoos Lake and later in Newport. Their son and first daughter were born while they lived at the coast. Wanting to be an “on-board dad,” Fred left his traveling job and accepted a position as the manager of the Knights of Columbus Club in Eugene. A daughter was added to the family and Fred then became the manager for The Tiny Tavern at 4th & Blair. He retired from Tiny’s after 31 years of loyal service and having made friends with hundreds of people.
Fred was proud to be able to support Lois so she could go to college and achieve her dream of becoming a teacher. He liked to share that he’d been married 62 years to the love of his life. He loved people, helping others, and fixing things. He spent his free time helping out his parents with household fixes, and planting and weeding the family gardens; and volunteering at St. Peter Church, maintaining their facilities, chopping wood to raise funds, and working on the church planning committee.
He also enjoyed traveling in their motor home because it was a great way to meet new friends and indulge Lois’ love of exploring. He also enjoyed woodworking (he called it “making sawdust”), reading (especially Louis L’Amour and mysteries), and completing at least one crossword puzzle, in pen, every day.
He is remembered as a man who told spellbinding stories and could make anyone laugh with his swift wit and humor. He was quick and quiet with his generosity and a loving, kind and caring man.  He was a true friend to many and honest as the day is long. He was the backbone of his family and an ardent supporter of his church.
He was preceded in death by his parents; two older sisters, Ade & Gail (Max); and his son Michael W. Banks Sr. Survivors include his wife, Lois; two daughters, Doreen Vaughan (Paul) and Barbara Banks; grandson, Michael Banks Jr. (Samantha); granddaughter, Dori Vaughan—all of Eugene, Oregon; sister, Ann Stein (Bill), of Beaverton, Oregon; and sister, Sister Carolyn Joseph Banks CDME, of Portland, Oregon.
A Memorial Mass and a Celebration of Life will take place January 30th, 2021 at 10 a.m. at St. Peter Catholic Church, 1150 Maxwell Road, Eugene. Reservations are required and may be made by phone (541.688.1051) or online at www.stpetereugene.org. A mask must be worn.
Arrangements entrusted to Musgrove Family Mortuary. Please access the obituary and you are invited to sign the guestbook at musgroves.com.

To send flowers to the family or plant a tree in memory of Fred Banks Jr., please visit Tribute Store

Share Your Memory of
Fred
Upload Your Memory View All Memories
Be the first to upload a memory!
Share A Memory
Send Flowers