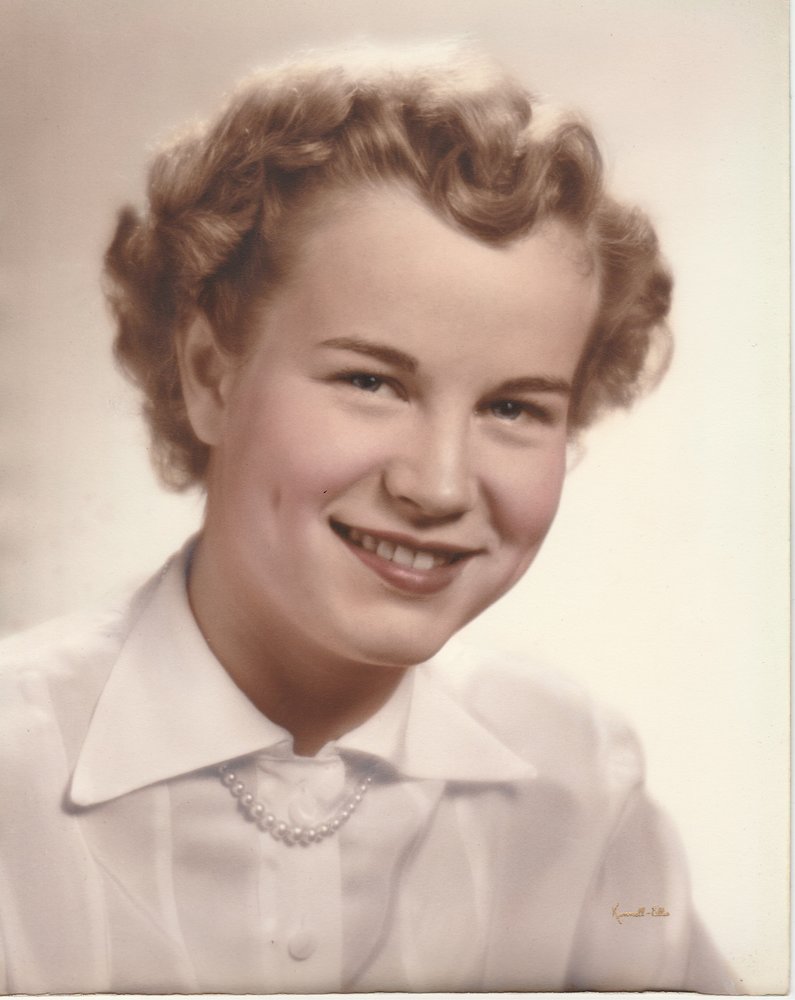 Joyce Helen Olsen was born September 23, 1933 in Brainerd, Minnesota to Paul and Maybelle Bernard. She died in Springfield at the age of 87 on December 29, 2020.

Joyce graduated from Willamette High School, then graduated from Emanuel School of Nursing. A week later, Joyce married Marlin James Olsen at Bethesda Lutheran Church in September, 1954 and they were married for over 63 years.

Joyce’s career as a nurse continued through the 1980’s, mostly at Westmoreland Clinic. She loved her home and being a homemaker. Joyce and Marlin spent many years traveling together on behalf of J.O. Olsen Manufacturing Co. and the Architectural Woodwork Institute.

Joyce and Marlin enjoyed camping, crabbing, and playing Pinochle and Cribbage. Some of their favorite destinations include Winchester Bay, the McKenzie River and their winter trips to Palm Desert. They also enjoyed many birthday and holiday celebrations with family and friends. Joyce was a wonderful hostess and friend.

A Memorial Service will be held on Monday, January 11, 2021 at 1:00 p.m. at Westlawn Cemetery, 225 S Danebo Rd. Gifts in Joyce’s memory may be given to Bethesda Lutheran Church’s Memorial Fund.

To send flowers to the family or plant a tree in memory of Joyce Olsen, please visit Tribute Store

Share Your Memory of
Joyce
Upload Your Memory View All Memories
Be the first to upload a memory!
Share A Memory
Send Flowers