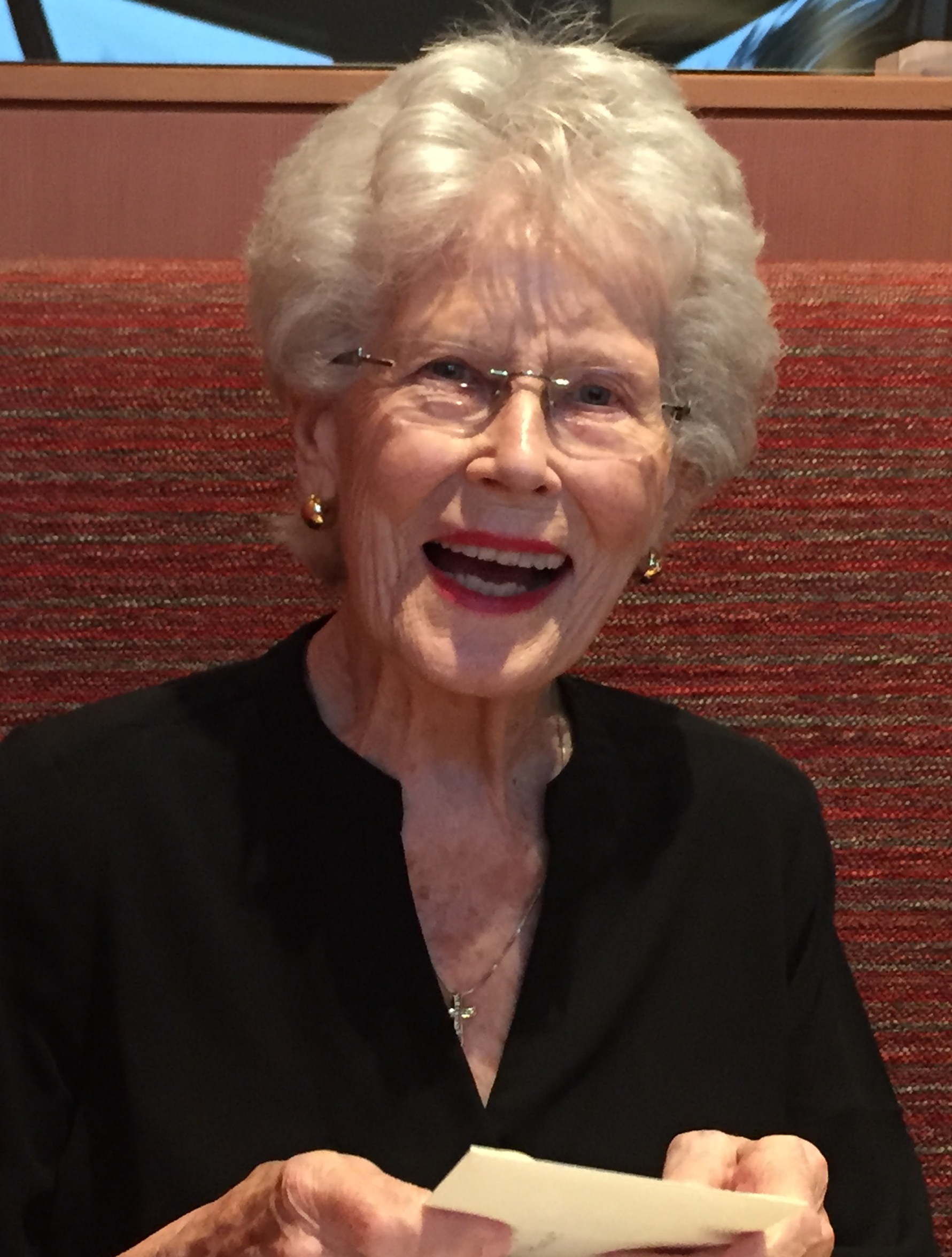 Harriet Parkin Blundon Nikitins of Eugene passed peacefully on December 4, 2020, she was 90. Harriet was born on October 11, 1930 in Butler Pa. to Harry and Beatrice Parkin. Following graduation from Parkersburg West Virginia High School, Harriet completed Nursing Training at St Joseph’s Hospital in Parkersburg in 1951, and then began her nursing career at Charleston W. Va. Memorial Hospital, where she became the Head Nurse.
On December 16, 1954 she married Kenneth Edwin Blundon, MD and together they had three children, Kenneth James Blundon, Elaine Price Blundon, and Parke Edwin Blundon. In 1962 Ken and Harriet moved the family from Charleston to her beloved Eugene where she lived until her death.
In 1982 Harriet was widowed after her 26 year marriage to Ken. She returned to work as a nurse for Dr. Olin Byerly MD. In the spring of 1986 Harriet met the glamorous Adrian Nikitins, after an exciting courtship they married on September 22, 1986. Shortly after their marriage Harriet retired from nursing and had a wonderful 26 year marriage with Adrian until his death in 2012. Harriet lived her Twilight years with a fourth family; her fellow residents at Sheldon Oaks in Eugene.
Harriet was a gifted woman that brought love, joy and light to all she met. Many will remember her from Bible Study, from parties at her home, and from special moments she shared with many. Harriet started a holiday gift tradition in the family to give to those in need in lieu of gifts to her and to one another.
Harriet survived her husbands Ken and Adrian, her son Kenneth, and her sister Charlotte Hardy. She is survived by her daughter Elaine, son Parke, daughter in law Lisa, granddaughter Emily, and grandsons Spencer, Brett, Nick, and Tiernan. She is also survived by Adrian’s children, Nicki, John, Dane, and Annie. In lieu of flowers please send a gift to those in need.
Arrangements entrusted to Lane Memorial Funeral Home in Eugene. You may access the obituary at musgroves.com.

Share Your Memory of
Harriet
Upload Your Memory View All Memories
Be the first to upload a memory!