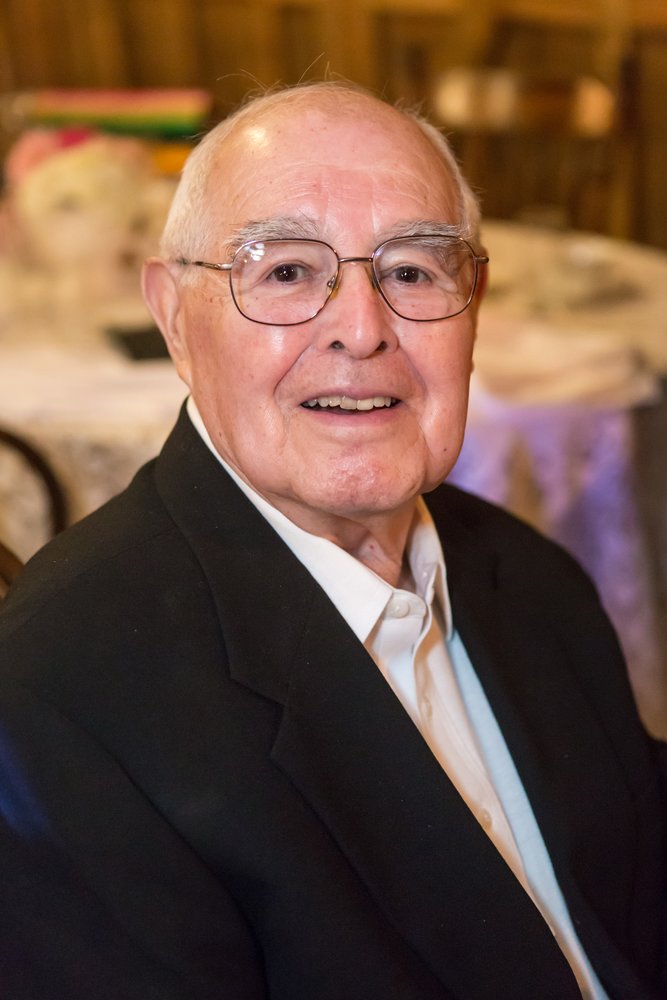 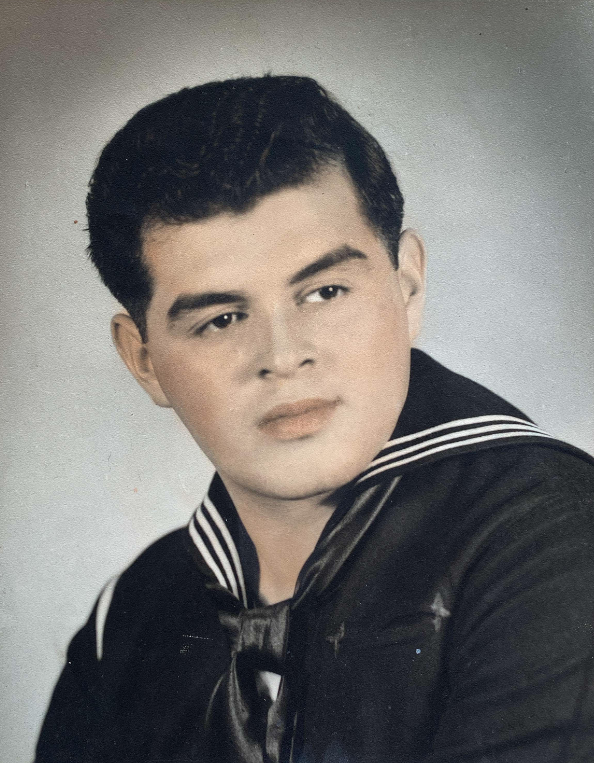 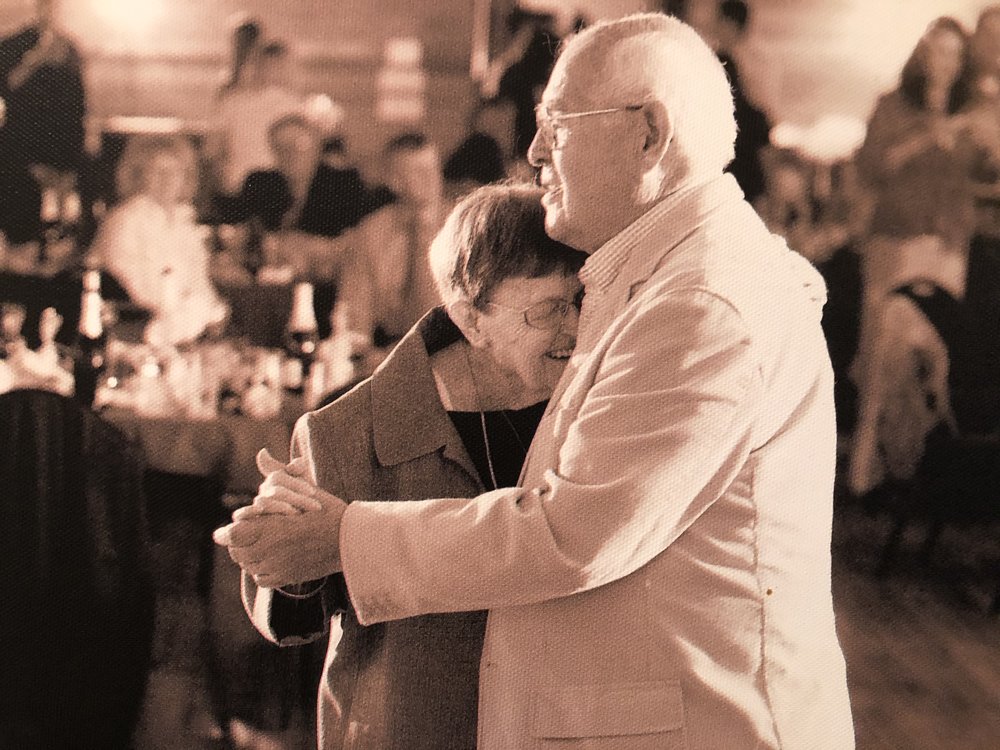 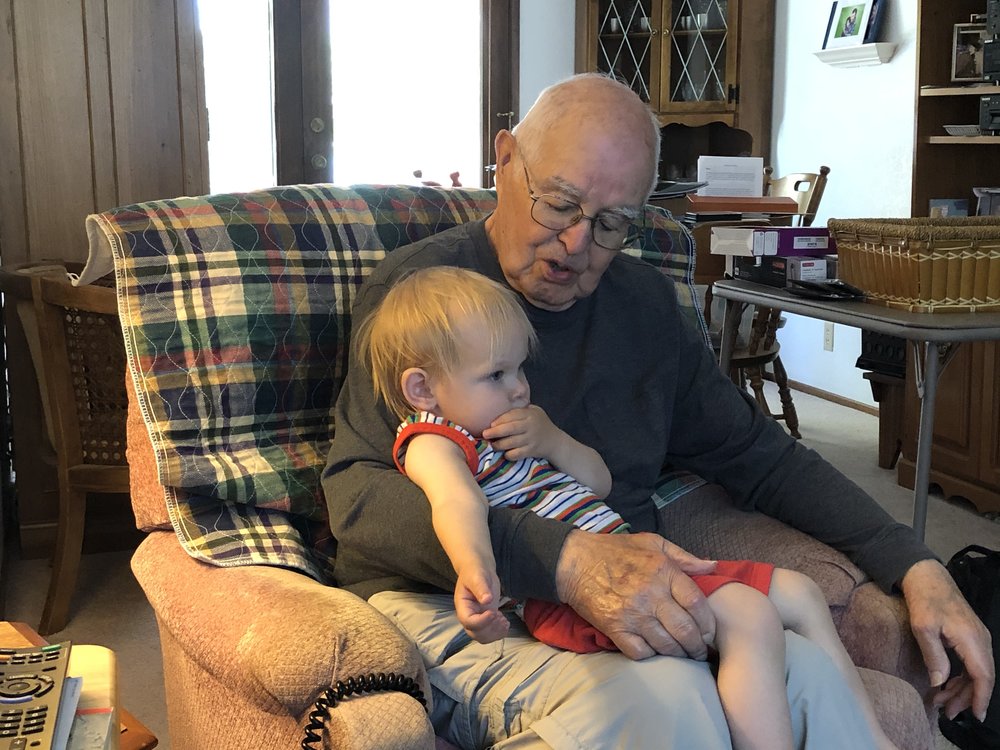 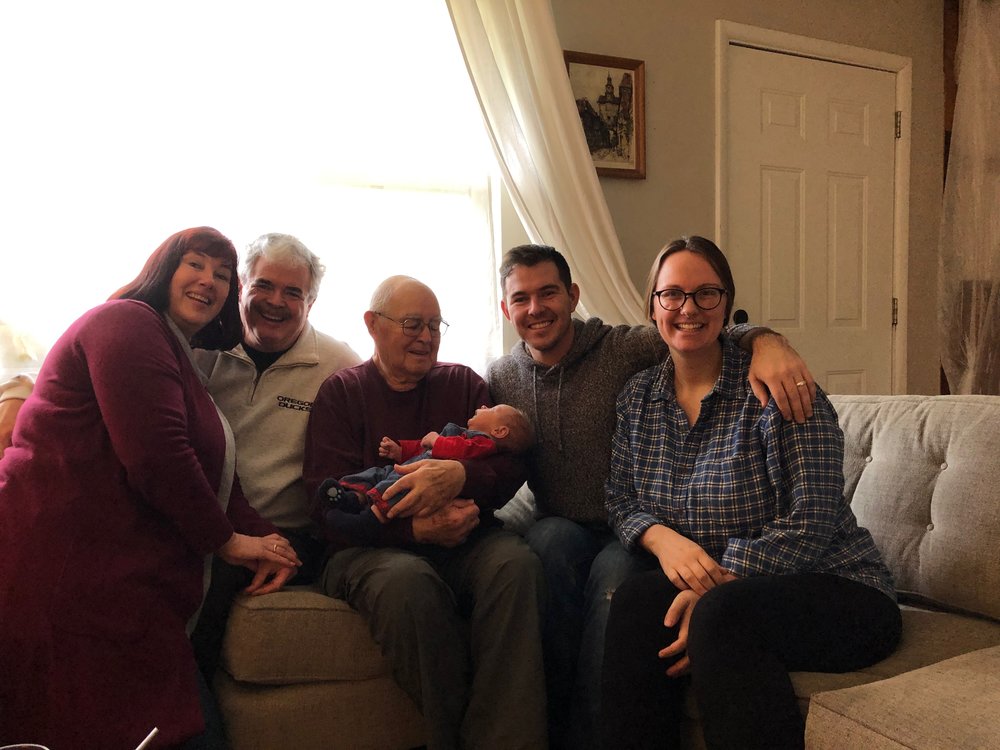 Bert Villanueva passed away peacefully at age 92 at Fox Hollow Residential Care near his longtime home in Eugene, Oregon. His family will never forget his amazing attitude and positivity during the three months he was confined to a bed during his Hospice care.

Bert, the first of eight children, was born on January 24, 1928, in Westfir, Oregon. His parents, Alberto and Natalia Villanueva, moved to Westfir for Alberto's position with the Southern Pacific Railroad Company.   The family moved to Tangent, Oregon; Bert attended high school in nearby Halsey. Following graduation, Bert served in the U.S. Navy on the USS Shangri-La and then continued his education at Southern Oregon University, the University of Portland, and graduated from the University of Oregon.

Bert began his teaching career in Medford, Oregon, before moving to Eugene. He taught Spanish at both North Eugene, and then South Eugene High School where he was chair of the foreign language department. He was named foreign language teacher of the year, and served on the board of COFLT, the Confederation in Oregon for Language Teaching. Bert led several educational trips throughout Europe and Mexico with students from his classes.

Bert met Ruth Thompson; they married in Pasadena, California, in 1954 and enjoyed 57 years together until Ruth's passing in 2011. Theirs was a union full of travel: around the world, the Delta Queen on the Mississippi, to Arizona for spring training baseball, to extended-family get-togethers, to the Oregon Coast with the grandchildren, and to Seattle for Mariner games. They were great supporters of the performing arts.

After Ruthie passed away, Bert, along with their son Al and grandson Matt, hit the rails on extended trips, with MLB games always part of the plan. Bert also enjoyed birding.   He was very faithful with his Cardio Rehab workouts and loved the staff who worked with him.  Ruthie and Bert were avid bridge players and in recent years he played bridge several times a week and was particularly close with his bridge friends.

Bert will be best remembered for his kindness, wit, generosity, and the undying love he held for all his family and friends fortunate to know him. With the birth of Arlo Stacy Villanueva, Bert was the patriarch of four generations of Villanuevas - called "The V-Men." His granddaughter Ashley lived with her Bert and he treasured her companionship. Bert was a role model for his younger siblings and provided guidance and support. He was always there for Al, Belinda, Matt, and Ashley.

Bert was preceded in death by his wife, Ruthie. He provided solo care for Ruthie during the years her health declined. He is survived by son Al and his wife Belinda; grandson Matthew and his wife Laura and great-grandson Arlo; and granddaughter Ashley.

Bert is survived by three siblings: Lucy Wiegand, Virginia Muzzio, and Ross Villanueva, and preceded in death by four siblings: Donn Villanueva, Josephine Moore, Phillip Villanueva, and Rosa Phillips. Uncle Bert leaves behind a multitude of loving nieces and nephews.
Arrangements entrusted to Musgrove Family Mortuary. Please access the obituary and you are invited to sign the guestbook at musgroves.com.

To send flowers to the family or plant a tree in memory of Joseph Villanueva, please visit Tribute Store

Share Your Memory of
Joseph
Upload Your Memory View All Memories
Be the first to upload a memory!
Share A Memory
Send Flowers