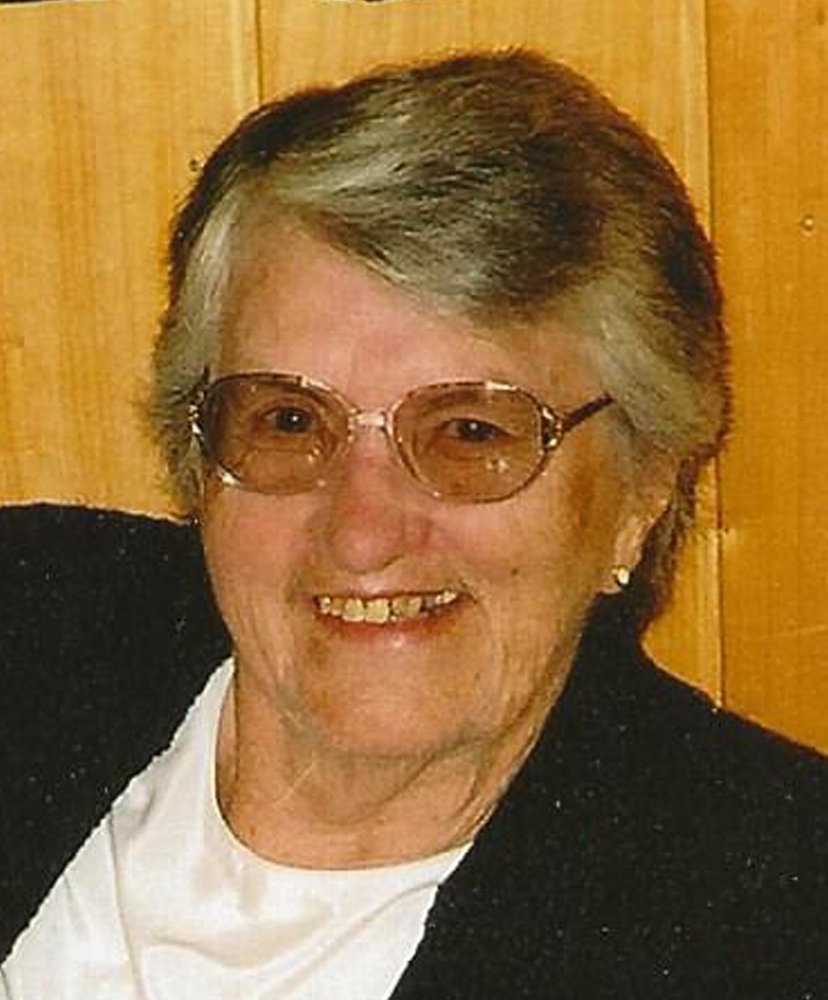 Anita Maple Rinehart, 100, of Springfield passed away on November 2 in The Rawlin at Riverbend from natural causes.  She was born on February 21, 1920 in Monkland, OR, now a ghost town, but is close to Moro to Dell E and Vinita M Benson.  Anita had three brothers who have all passed, Robert, Thomas, and Donald.

In 1925, the family moved to the Walterville area where several relatives lived.  Anita was the great-granddaughter of the first settler on the McKenzie River, Alexander Storment.  Anita attended Deerhorn School then on to Springfield High School graduating in 1937.  She attended Oregon State College between 1938 and 1947, earning a B.S. in Home Economics.

During 1940-1945, Anita moved to Los Angles and worked for Douglas Aircraft Company grinding on doors for the B-17 Bombers for WWII. She met Irving L. Jones who was also in the area working at Lockheed Aircraft as a riveter, until he enlisted in the Army. Irving and Anita were married in Ft. Benning, Ga on July 3, 1942, where he was training to be a paratrooper in 82nd Airborne Division.  Irving died during the invasion of Normandy on June 8, 1944 and is buried in St. Laurent, France.  Anita with her infant son, Gordon, returned to Deerhorn to work as a waitress until returning to College to finish her degree in 1947.

Returning to the Deerhorn area after college, Anita met Norman J. Rinehart and married on March 17, 1948 and joined the Walterville Grange. Norman had a turkey farm in the Deerhorn area, they slowly converted turkeys to laying hens.  Anita and Norman added to the labor force by having five more children and increasing the chickens to 10,000 layers until retiring in 1970.

In 1950, Norman and Anita began the Walterville Community Fair in a vacant chicken house, which continues even today at the George Millican Community Hall. Anita was always very active in the Grange and community; she was a member of the Grange for 72 years till her passing.

She loved flowers, and after retiring from the chicken business, she worked at hoeing and harvesting cold crop vegetables at Vaughan’s Gardens, worked at McKenzie River Orchards starting as a planter and worked up to crew foreman, at home she grew fuchsias and geraniums to sell from the farm, and finally just tending to her large flower and vegetable garden.  Anita tackled all the gardening and lawn care until her mid 90’s. Her love of gardening was only exceeded by her love of animals, always having cats and/or dogs around the farm.

The Family would like to give special thanks to the staff at The Rawlin at Riverbend who took excellent care of her.  Anita loved the staff and facilities since she moved in May 16, 2017. The Family would also like to thank Signature Home Health and Hospice for the wonderful care given in her last days.

Anita was interred on November 10th at Springfield Memorial Gardens with family present.  A celebration of life will be held later.  In Lieu of flowers, the family requests memorial donations (check or money orders only) to Walterville Grange Scholarship Fund or Mckenzie Fire District..

To send flowers to the family or plant a tree in memory of Anita Rinehart, please visit Tribute Store

Share Your Memory of
Anita
Upload Your Memory View All Memories
Be the first to upload a memory!
Share A Memory
Send Flowers