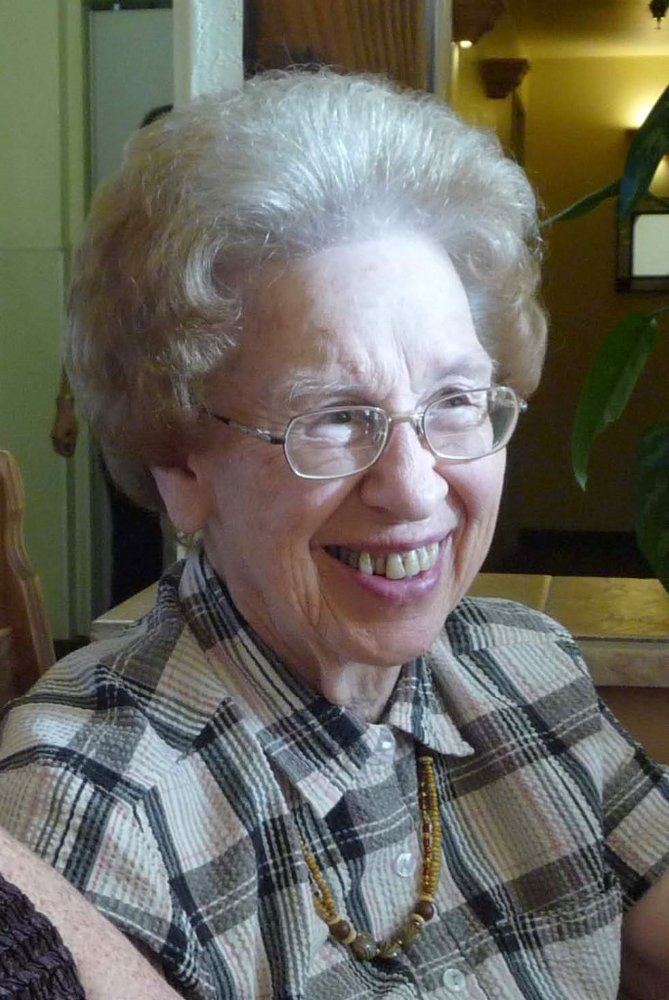 Anyone who ever met Maryane over the course of her 96 years knew instantly that they were in the company of someone who loved life and everybody she met.

She was born in rural Nebraska to Louis and Hazel Nielsen. The family — soon to grow with the addition of Maryane’s sister, Lois, and brother, Merle — lived in a sod house in Madrid and later moved to Benkelman where Maryane graduated from high school. She then moved to Grand Island where she graduated from business college.

In 1943, the Nielsens moved to Springfield. It was there that Maryane and her WWII pen pal, Kenneth Kemp, married in 1945 after he was honorably discharged from the Army.

After their four children – Doug, Marilyn, Ed, and Barbara – were old enough to look after themselves and each other, Maryane went to work for the Springfield School District where she spent 28 years before retiring in 1988.

In addition to raising her children and working full time, Maryane was active in the community. She and Kenny were long-time members of Ebbert Memorial Methodist Church and were charter subscribers in the creation of McKenzie-Willamette hospital. They were also active in the Walterville Grange. Maryane was a member of the Springfield Postal Auxiliary and the Oregon School Employees Association and served as a Sunday school teacher and Brownie leader.

Maryane enjoyed music (piano and guitar), reading, travel and, above all else, spending time with family and friends.

To send flowers to the family or plant a tree in memory of Maryane Kemp, please visit Tribute Store

Share Your Memory of
Maryane
Upload Your Memory View All Memories
Be the first to upload a memory!
Share A Memory
Send Flowers