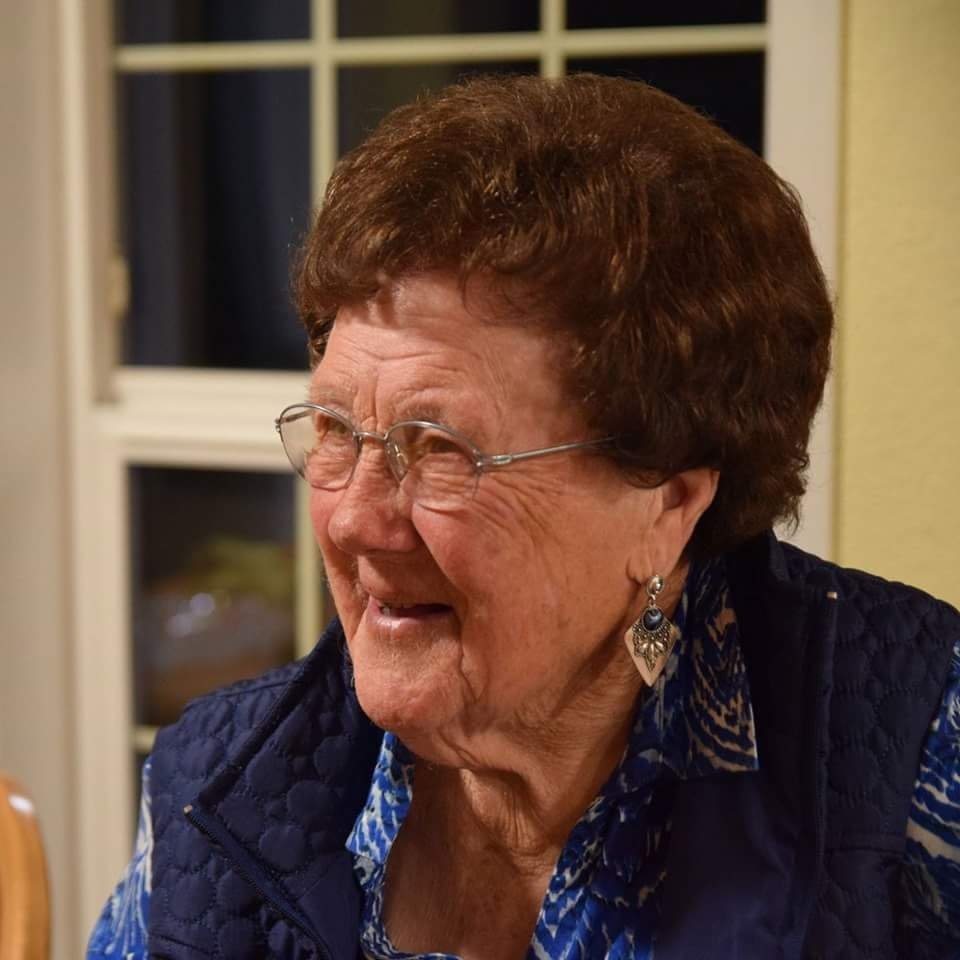 June is survived by a Daughter, Kathy Warden of Eugene and a Son, Raymond (Lisa) Larkin of Coos Bay and sisters Beatrice Kolb and Francis Gilmore of Junction City. Her sister Mary Wilde preceded her in death. She had 5 grandchildren: Shane (Staci) Warden, Nikki (Dee) Warden, Heather (Nathaniel) Isaac, Kyle (Daneal) Larkin and Talon Larkin. June also had 7 great grandchildren whom she doted on and spoiled as frequently as possible.

June was born at home in Toppenish, Washington to Raymond and Olive Kolb. They moved to the Willamette Valley during her childhood and were farmers and homesteaders.

She worked for Dari Mart, Gunson’s Appliance, and Lindquist Nursery in Junction City. June spent several years in the late 60’s as a bean boss for Ladd Bryson. She was also a member of the Moose, serving on many committees. Teaching catechism at St. Helen’s Catholic Church for many years was a highlight for her. She also served on the board for the Harrisburg Harvest Festival during its inception.

June loved to garden and was a member of the local extension service. Her yard and flower gardens were her pride and joy. She was an amazing host and was the life of any party. She was warm, welcoming and always up for any adventure. She will be dearly missed.

Donations may be made in June’s honor to the Harrisburg and Junction City Fire Departments.

To send flowers to the family or plant a tree in memory of June Larkin, please visit Tribute Store

Share Your Memory of
June
Upload Your Memory View All Memories
Be the first to upload a memory!
Share A Memory
Send Flowers