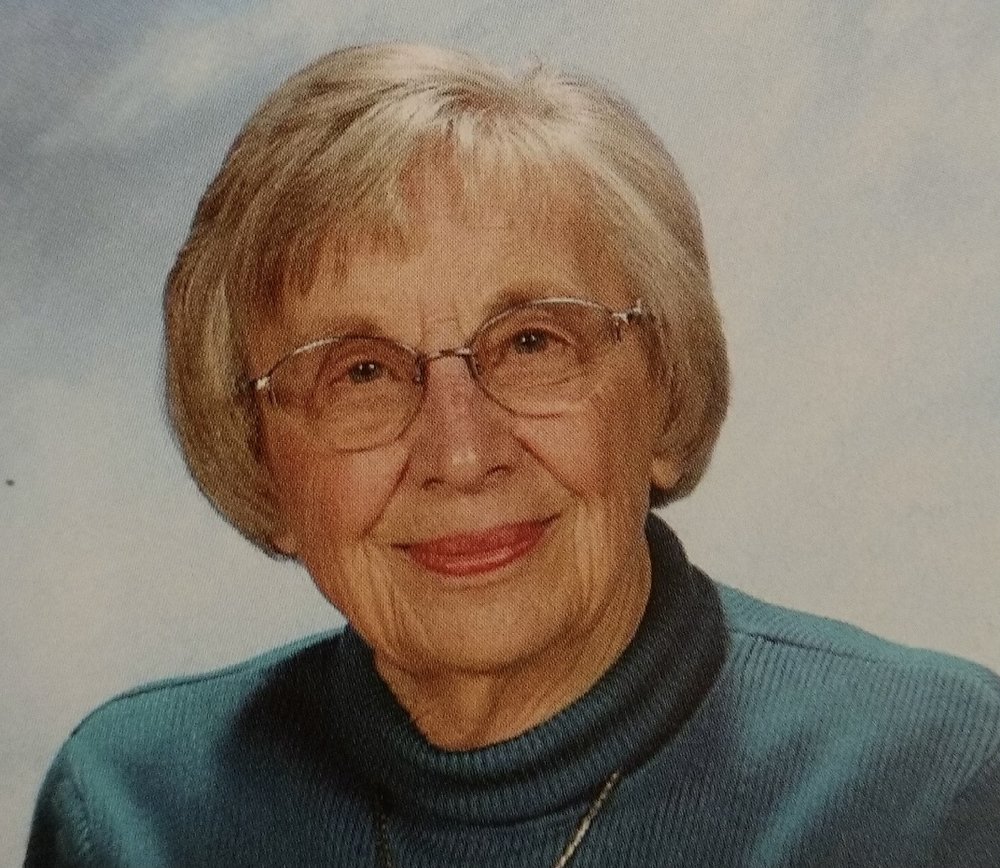 Virginia “Ginny” Starr, loving wife, mother, grandmother, great-grandmother, friend and woman of faith, passed away peacefully on October 18, 2020 in her apartment at Cascade Manor in Eugene, Oregon.  She was born in Northwood, North Dakota on April 7, 1927 to Rev. Andrew and Lillian Heidinger, joining her older sister Marjory.  She graduated from Jamestown College in Jamestown, North Dakota, where she met her husband and love of her life Grier F. Starr, M.D. and they were married on June 25, 1948.  Together they had two children, Bill and Joan.  They moved from Rochester, Minnesota to Eugene, Oregon in 1959, where Ginny and Grier lived ever since.  They were both active members and Elders at Central Presbyterian Church.  After raising their two children, she returned to college and earned her MFA in Creative Writing from the University of Oregon, where she also briefly taught Freshman writing classes.  She was active in a number of local groups and service clubs including a Woman’s Circle at Central Presbyterian, Eugene Fortnightly Club, LCMA Book Club, the V&T Investment Club, and the Cascade Manor’s Resident Services & Activities Committee.  She continued to love reading, writing, theater, music, and travel.  Most of all she loved her family, and gave herself fully to their care and well-being.  First of all to her husband Grier for nearly 57 years, her son and daughter, and their families, and her many friends and extended family.

She was preceded in death by her parents, Andrew and Lillian Heidinger, her sister Marjory Wickham, and her husband Grier Starr.  She is survived by her son, Bill Starr (Kathy) of Yakima, Washington, and daughter Joan Starr-Barton (Harold) of Eugene, Oregon, three grandchildren, Laurel Delong (Gabriel) of Walla Walla, WA., Joel Starr (Jaime) of Selah, WA., Hillary Ferguson of Eugene, OR., two great-grandchildren Ben and Elaina Starr of Selah, WA. and her niece Jeanie (Ric) Dayton of Naples, FL. The family has chosen to delay a public memorial service until next spring or summer, when such services will be allowed.

Ginny was a strong woman: Strong in faith, strong in love, strong in mind and will. She lived her life to the fullest until her body could no longer keep up with her determination. She has left a great legacy for her family, church and community to follow. God surely gave us all a great blessing in the life of Virginia Starr.

To send flowers to the family or plant a tree in memory of Virgninia Starr, please visit Tribute Store

Share Your Memory of
Virgninia
Upload Your Memory View All Memories
Be the first to upload a memory!
Share A Memory
Send Flowers