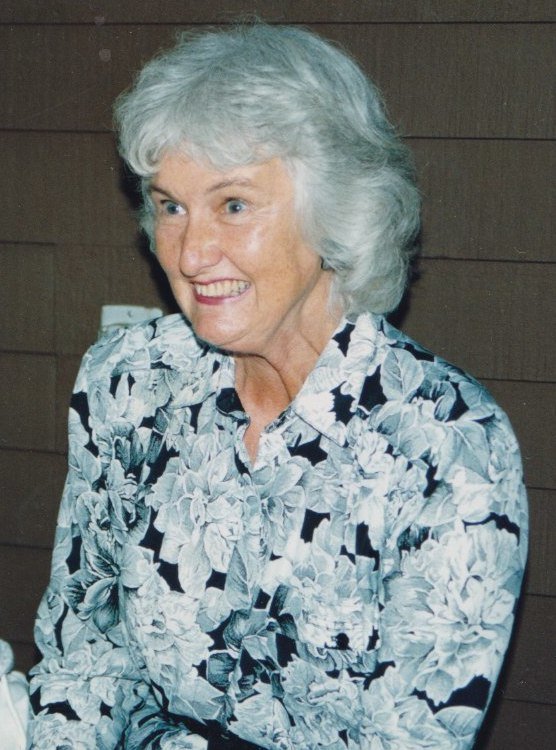 Norma Jeanne “Bean” Comrada passed away peacefully in Eugene on October 16, 2020.
Bean was born in Los Angeles, California to Benjamin and Hazel Comrada. She attended Dorsey High School and Whitman College, graduating with a degree in Psychology and Education. After college, Bean married Scott McFadden and they raised two sons. Later on, she received a Master of Science degree in Higher Education Policy and Management from the University of Oregon.
Bean’s career was quite varied. Beginning as an educator, she also worked in such fields as television production as the creator and host of a current events program, state government with various roles in the Oregon Legislature, and affirmative action as Director at the University of Oregon and Assistant to the President, among others.
Bean’s interest in languages led her to her most passionate occupation: translator of Czech literature into English. She translated and published several books and countless articles by Czech author Karel Capek and was regarded as an expert in the field. Bean received numerous awards for her work, including the prestigious Karel Capek Medal for Lifetime Achievement from the Capek Society. She was due to present a paper on Capek this fall in Prague but was prevented from traveling due to COVID-19. Bean also lectured at various universities on Russian, East European, and Eurasian Studies.
Bean was a woman with numerous interests. She loved to travel, working overseas on several occasions, including when the family lived in Paris and London in 1968 and 1972. An excellent artist, Bean drew hundreds of sketches of the many worldwide places she visited. She also enjoyed playing the cello in the Eugene Community Orchestra. As an early feminist, Bean was a founding member of the Professional Women’s Network of Oregon where she served numerous roles, including President of the organization. Above all, she was a great hostess, and enjoyed socializing with people of all ages and backgrounds. She was an inspiration to all who were touched by her zest for life and vivacious spirit.
She was preceded in death by her brother, Benjamin Comrada.
Bean is survived by her sons, Evan and Ross McFadden, and her four grandchildren who adored her: Christine, Alex, Duncan, and Isabel.
Bean will be interred with her mother, father, and brother in Hemet, California. Services will be held when allowable.
Contributions in Bean’s memory may be sent to the University of Oregon Museum of Natural and Cultural History.
Arrangements entrusted to Lane Memorial Funeral Home. You may access the obituary and leave condolences at musgroves.com.

Share Your Memory of
Norma
Upload Your Memory View All Memories
Be the first to upload a memory!