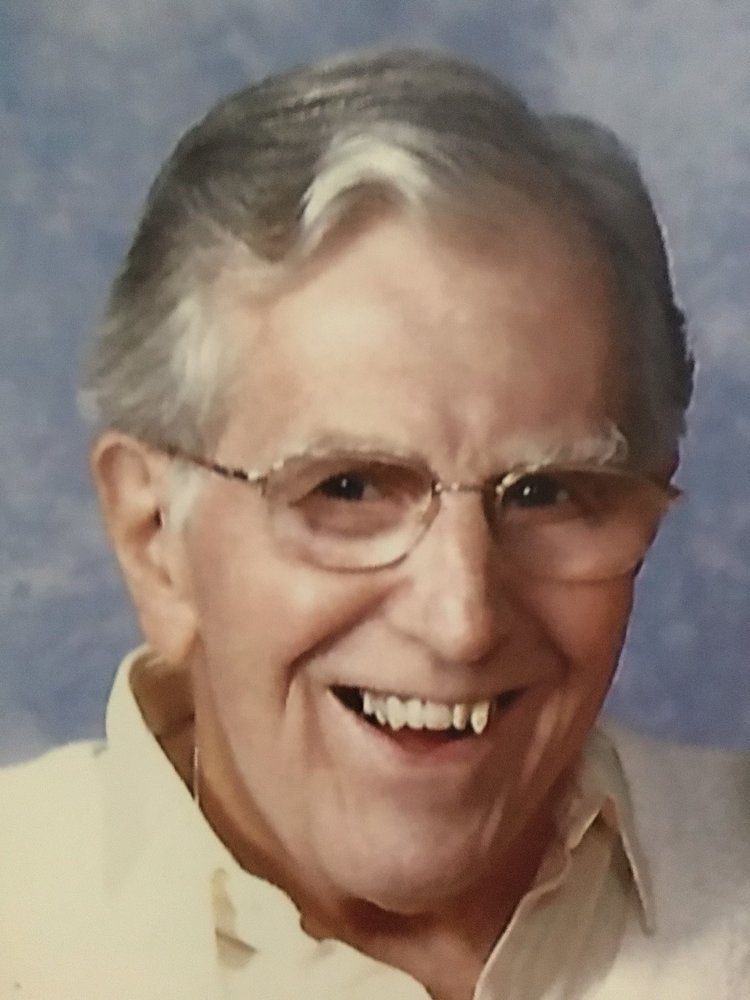 Don Walsh of Eugene passed away peacefully on October 9, 2020 at home with family by his side. On January 29, 1929 Donald James Walsh was born in Leadville, CO.  to James and Marie Walsh.  The family later moved to Eugene where Don attended St. Mary’s Elementary and Eugene High School.  After high school, Don served 6 years in the Navy most notably serving on the USS Juneau. During his time with the Navy, Don received the Occupation Service Medal, Korean Service Medal, United Nations Service Medal and the National Defense Service Medal and was Honorably Discharged in 1953

On June 19, 1954 Don married Helen Ficker in Eugene beginning their incredible 64 year journey together. Don enjoyed the opportunity to be an active part of his community and started Walsh Distributing in 1958 with his father and brother servicing the Willamette Valley grocery stores and restaurants for many years. Don and Helen, in partnership with Dr. and Mrs. Thomas Kerns, founded the Eugene Montessori School in 1962.  On October 1, 1971, Don founded Emerald Executive Association, a Lane County business leads association. After retiring, Don started the “Once A Month Lunch Bunch” to get reacquainted with old friends and retired businessmen meeting monthly for lunch and featuring a guest speaker. Faith, family and community were always very important to Don and he always enjoyed time with family, volunteering at his Parish, Marist High School and throughout the community.

The reciting of the Rosary will be at 10:30 AM followed by a Mass of Christian Burial and Funeral celebrated at 11:00 AM on Saturday, October 24th at St. Paul Parish located at 1201 Satre Street in Eugene.  Attendance will be limited due to Covid-19 guidelines.

Don and his family would like to extend their heartfelt thanks to Charlotte, Deb, Jennifer, Jessie, Lindsey, Marissa, Niece, Rachel, Rhonda, Shay and Suzanne for their unwavering devotion and exceptional care provided to Don and Helen.

The family requests in lieu of flowers, a donation to Special Olympics, St. Vincent DePaul, Sacred Heart Hospice or a charity of your choice be considered.

To send flowers to the family or plant a tree in memory of Donald Walsh, please visit Tribute Store