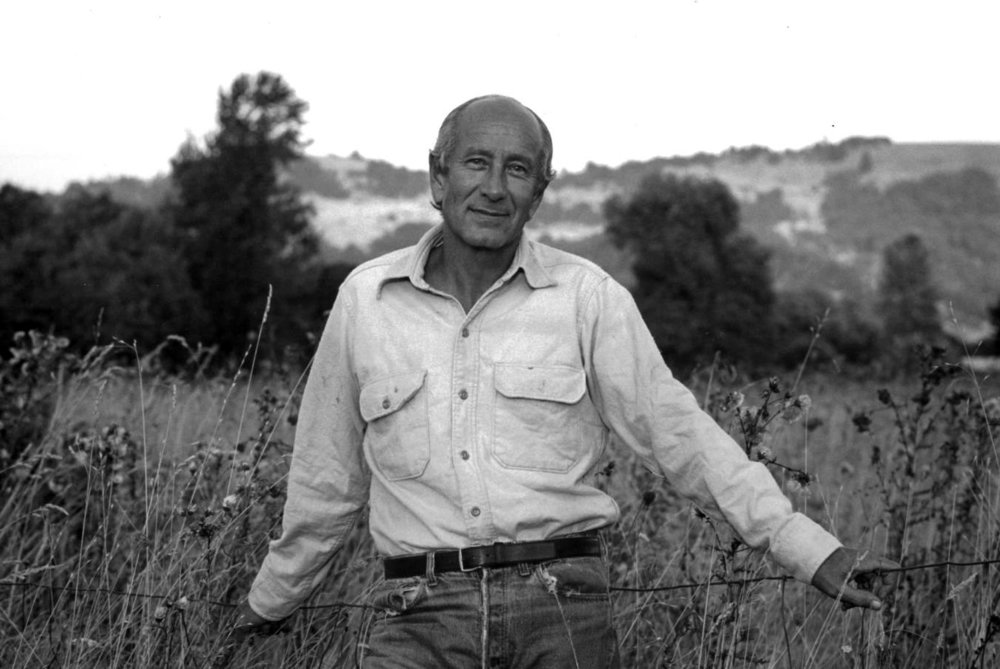 James Howard (Jim) Weaver was born in Brookings, South Dakota on August 8, 1927 to Leo C. and Alice (née Flittie) Weaver. He joined a sister, Patricia, and later the family would welcome a brother, Richard. Jim grew up in Des Moines, Iowa, attending high school there. He joined the US Navy at the age of 17 and served in WWII on the USS Kitkun Bay, an aircraft carrier in the Pacific Theater. After completing his service in the Navy, Jim’s college years began at the University of Iowa, followed by attendance at the Iowa Writers Workshop and the University of Oregon, where he received his B.S. in Political Science and was a proud cast member of his favorite play, ”Death of a Salesman.”
In 1955 Jim married Sally Cummins. Jim and Sally resided in Eugene, where they raised three daughters, Regan, Allison and Sarah. The family participated in Jim’s burgeoning political career. They were on the campaign trail from his first run for a seat on the Oregon Legislature in 1960 through his remarkable upset victory for US House of Representatives in1974. This began his 12-year incumbency as Congressman from the 4th District of Oregon.
Although Jim and Sally were divorced in 1978, their friendship never ended.
Prior to running for office, Jim was a staff member for the Oregon Department of Agriculture and a real estate developer. A lifelong member and committed activist for the Democratic Party, Jim was elected to serve as an Oregon delegate to the 1960 and 1964 Democratic Presidential Conventions. Jim was an opponent of the Vietnam War, herbicide and pesticide proliferation and nuclear power.
Jim’s accomplishments as a Congressman were many. Jim was called one of the greatest wilderness advocates to represent Oregon. He placed more than one million acres of Oregon forest land under statutory wilderness preservation. He was responsible for pushing through 14 bills of major legislation and is internationally known for his authorship of the first organic farming act and the national grain reserve act.
Jim’s stance on nuclear power led him to oppose the use of Federal government bonds to finance the construction of five proposed nuclear power plants in the Northwest. He conducted the only filibuster by amendment in the history of the House, resulting in “The Weaver Rule.” This unique strategy prevented federal financing of the nuclear power plants (known after their collapse and bankruptcy as “WOOPS”), saving the taxpayers billions of dollars.
In 1998 Jim married Katie Mason. They lived near Mt. Pisgah in a house he built in the 70’s. After leaving Congress, Jim continued with his love of politics, as well as working at his second profession as a writer. He published a book Two Kinds: The Genetic Origin and Conservatives and Liberals in 1992, which hypothesized on the genetic origin of conservatives and liberals.
Many of Jim’s former team of staff and volunteers have gone on to positions of activism, influence, and power and attended, along with family and friends,  Jim’s 90th birthday party - a “preremembrance” of his life.
Jim is survived by his wife Katie, his daughters Regan, Allison and Sarah, and his grandsons James and Julian Heun-Weaver. His ex-wife, Sally Weaver, also survives him.
Special thanks go to the staff at Farmington Square and Peace Health Hospice.
A celebration of Jim’s life will be held on a future date.
Donations in Jim’s name can be made to Friends of Buford Park and Mt. Pisgah, Mount Pisgah Arboretum, or an environmental cause of your choosing.
“He was born with a gift of laughter and a sense that the world was mad.” Rafael Sabatini, Scaramouche
Arrangements entrusted to Musgrove Family Mortuary. Please access the obituary and you are invited to sign the guestbook at musgroves.com.

To send flowers to the family or plant a tree in memory of James Weaver, please visit Tribute Store

Share Your Memory of
James
Upload Your Memory View All Memories
Be the first to upload a memory!
Share A Memory
Send Flowers