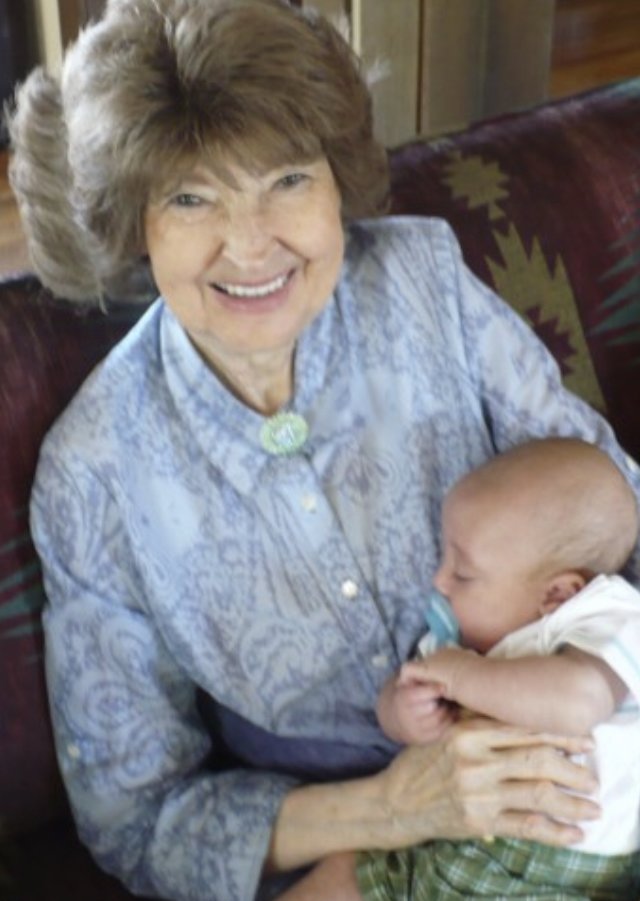 On Monday, October 5, 2020, Rose Adele Brunette Freeman passed away peacefully in Eugene, Oregon. She was 81.
Rose was born on February 13, 1939 in Rice Lake, Wisconsin to Joseph Edmond and Ethelwyn Caroline (Hineline) Brunette. She was the 3rd of 13 children. She left Rice Lake to attend college at Creighton University in Omaha, Nebraska, where she met her future husband, Don. She and Don were married in 1960.
Rose and Don moved their growing family to Pensacola, Florida for a couple of years, while Don served in the Navy. After Don’s service was complete, the Freemans relocated to Washington State. They briefly lived near Seattle before spending five years on Whidbey Island. Rose and Don eventually settled down in the North Bend/Coos Bay area, making it their home for 40 years. They moved to Eugene in 2015 to be closer to their children.
Rose was a homemaker who rejoiced in being around babies - her own, her grandbabies, or any others she could get her hands on. Raising seven children was her greatest achievement. She was a deeply devoted Christian, and spoke many times about how much she looked forward to going to heaven and seeing Jesus. In addition, she was an accomplished musician, with an outstanding singing voice and a love of playing guitar and piano. She made use of her musical talents by singing and playing guitar, both in church and at the Bible study sessions that she led. She had a competitive side, too, especially when it came to card and board games. No one in the family could beat her at cards! Rose channeled her card shark skills into duplicate bridge, competing in tournaments for a number of years.
Rose was preceded in death by her parents, and her brothers John “Jack” and Jerry. She is survived by her husband, Donald, and children: Mark (Julia), Stephany (Rick Brown), Daniel (Lisa), Eric (Sheila), Kevin (Shelley), Sean (Kristi), and Margaret “Meg” Dean. Siblings: Jay Brunette, James “Jim” Brunette, Joan Fisher, Gene Brunette, Margie Day, Pete Brunette, Ken “Skip” Brunette, Yvonne “Vonnie” Farah, Rick Brunette, and Mary Jo Brunette. Grandchildren: Hannah Andrews, Judah Barnett, and John and Michael Freeman; Richard and William Freeman; Austin, James, and Stella Freeman; Brandi Motamedi and Joel Bolton; Hailey and Logan Freeman; and Cody and Kylee Dean. She is also survived by several great- and great-great-grandchildren.
Special thanks are due to Rose’s caregivers at Quail Crest Memory Care. Burial will be at Willamette National Cemetery, and a Celebration of Life will take place at a date to be announced later. Donations can be sent to a church or other charitable organization of your choice.

To send flowers to the family or plant a tree in memory of Rose Freeman, please visit Tribute Store

Share Your Memory of
Rose
Upload Your Memory View All Memories
Be the first to upload a memory!
Share A Memory
Send Flowers