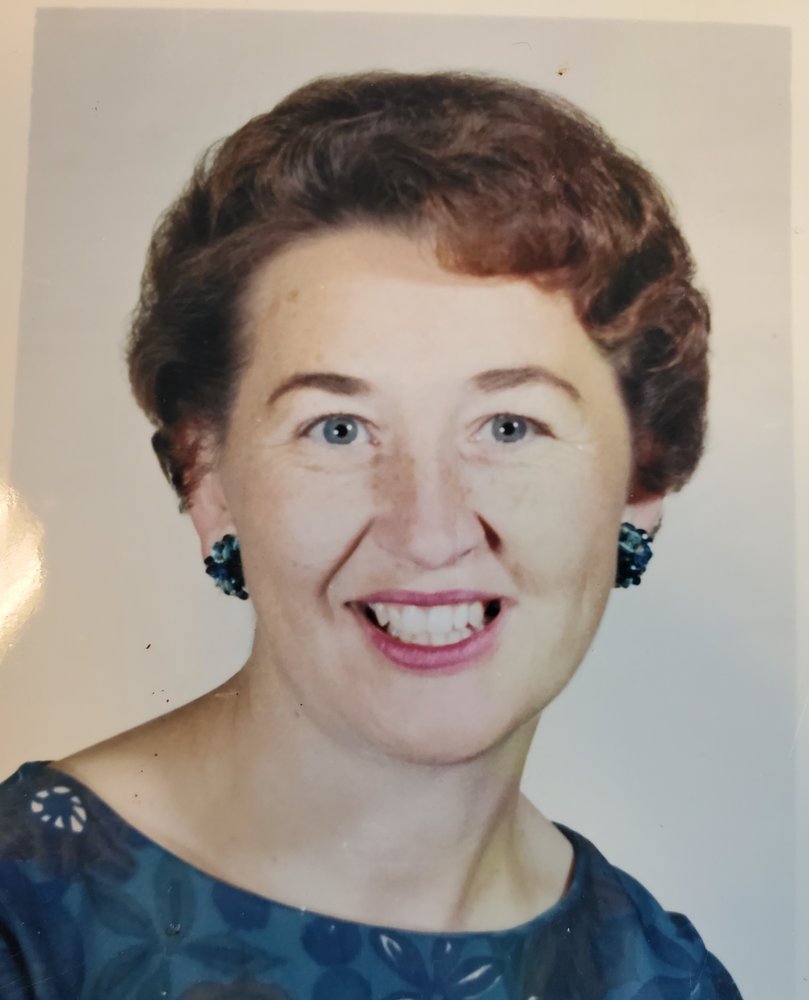 Margaret Mills Johnson was born on May 31, 1929 in Salem, Oregon to Floyd and Ruth (Lander) Mills. The family lived in Independence, Oregon and Margaret was the third of five children including Betty, Lloyd (Bud), Vonda and baby Wayne (who passed in infancy).
Margaret attended elementary school in a tiny school house. She skipped two grade levels and ended up attending high school in the same grade as her big brother, Bud.  She went on to attend the Oregon College of Education in Monmouth Oregon earning her Bachelor’s Degree in Education.
After graduating, Margaret got a job teaching in Eugene at Condon School and then Lincoln Elementary.  She married Donald Johnson(dec’d 2017) in 1954 and had two children, Steven and Kathryn.
Margaret taught in Eugene while earning her Masters Degree and eventually became the second female Principal in the 4J School District.  She served as principal at Willakenzie and McCornack Elementary schools and also worked with the school district intern training program training future administrators.
Margaret and Don were longtime members of the First Baptist church in Eugene. They were active in RVing and traveled extensively in the U.S. and abroad.
Margaret is survived by her sister Vonda, her son Steven, daughter Kathryn and her husband Dale,  four grandchildren  Jared, Kaiti, Alyson and Emily, as well as four great grandchildren.
In lieu of flowers, donations to the Eugene Education Foundation would be appreciated at eeflane.org .
Arrangements entrusted to Musgrove Family Mortuary. Please access the obituary and you are invited to sign the guestbook at musgroves.com

To send flowers to the family or plant a tree in memory of Margaret Johnson, please visit Tribute Store