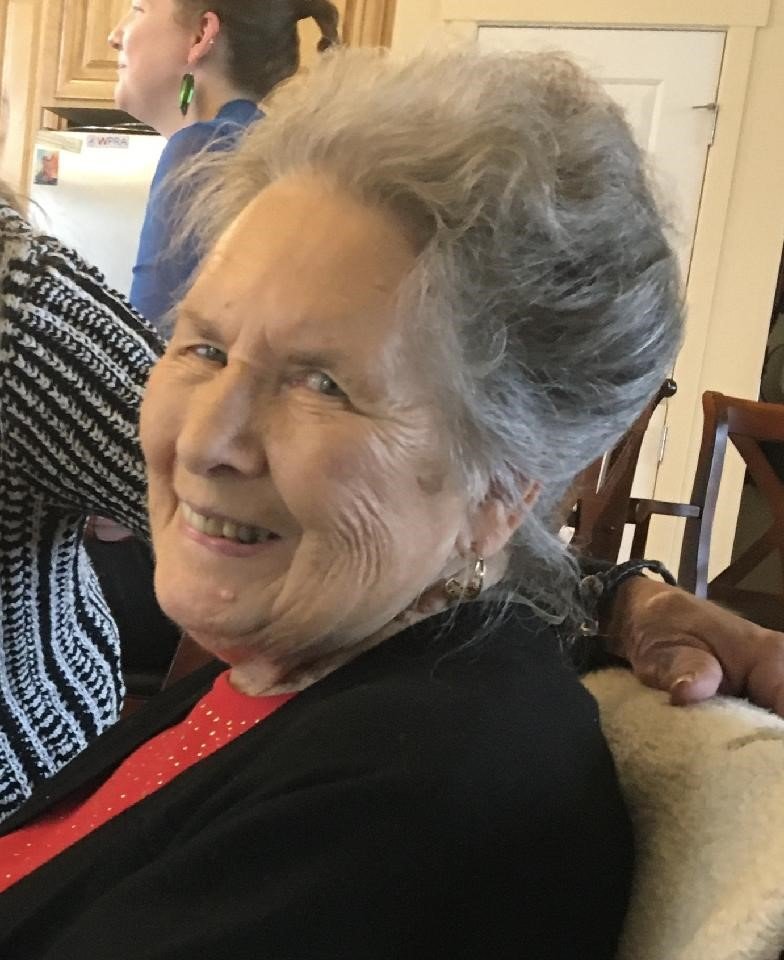 Margie Mae  Holland died Monday Aug 31,2020 of age related causes.
She was born Nov 25, 1929 in El Centro, Ca to Parents Lewis and Letha (Sharp) Torricellas and grandparents Guy Torricellas and Mary McGugan Torricellas of Philadelphia, Pa. and Henry and Lula (Decker) Sharp of Labette Co, Kansas.  The early years were spent in southern Ca and Lorane, Or where she attended 1st grade. After several moves the family settled in Lane Co. where she lived in various setting for the rest of her life. Her final years were spent in Creswell, Or. near her family.  She graduated from Eugene High School in 1948. During this time she was very involved with horses and horse activities with the Lane Co Girls Posse. She attended horse shows and rodeos with her brother and sister represented Lane Co at the Shriners Rodeo in Portland.  She married Lloyd Holland in 1952 and they raised a family of five children. Those years were spent as a homemaker involved with PTA, 4-H, girl scouts, all kinds of sports.  At age 40 she returned to school and to the paid workforce. She was very involved in her education and her job at Lane Comm College. Eventually she enrolled at  the U of O and was accepted into to the masters prog. In Counseling. She continued to teach at LCC and developed and taught the Transition to Success class. She was selected Vocational Teacher of the year twice and was recognized by the Soroptimists of Eugene for her work in Women helping Women.

She was married to and divorced from Lloyd Holland and Walt Lorence, both deceased.  She is survived by her sister Thelma Holland, 3 children Lonni Holland, Shannon Prater, and Rex Holland. Teresa Hamilton and Kelly Holland preceded her in death. She has 8 grandchildren and 4 great grandchildren.

Services will be private.
Arrangements entrusted to Musgrove Family Mortuary. Please access the obituary and you are invited to sign the guestbook at musgroves.com.

To send flowers to the family or plant a tree in memory of Margie Holland, please visit Tribute Store

Share Your Memory of
Margie
Upload Your Memory View All Memories
Be the first to upload a memory!
Share A Memory
Send Flowers