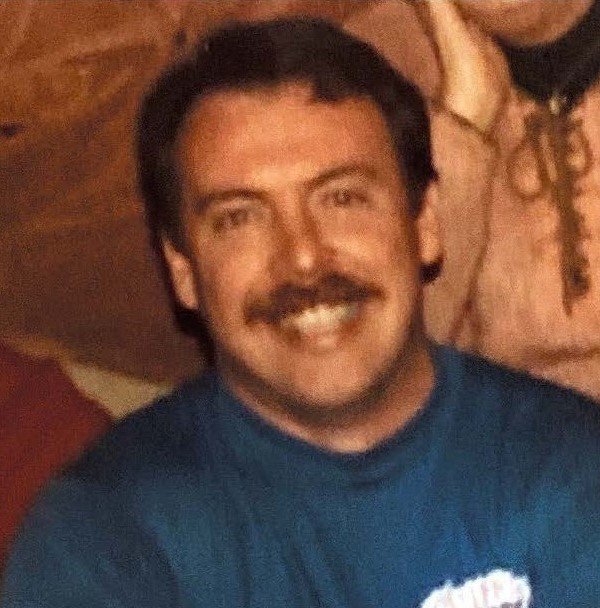 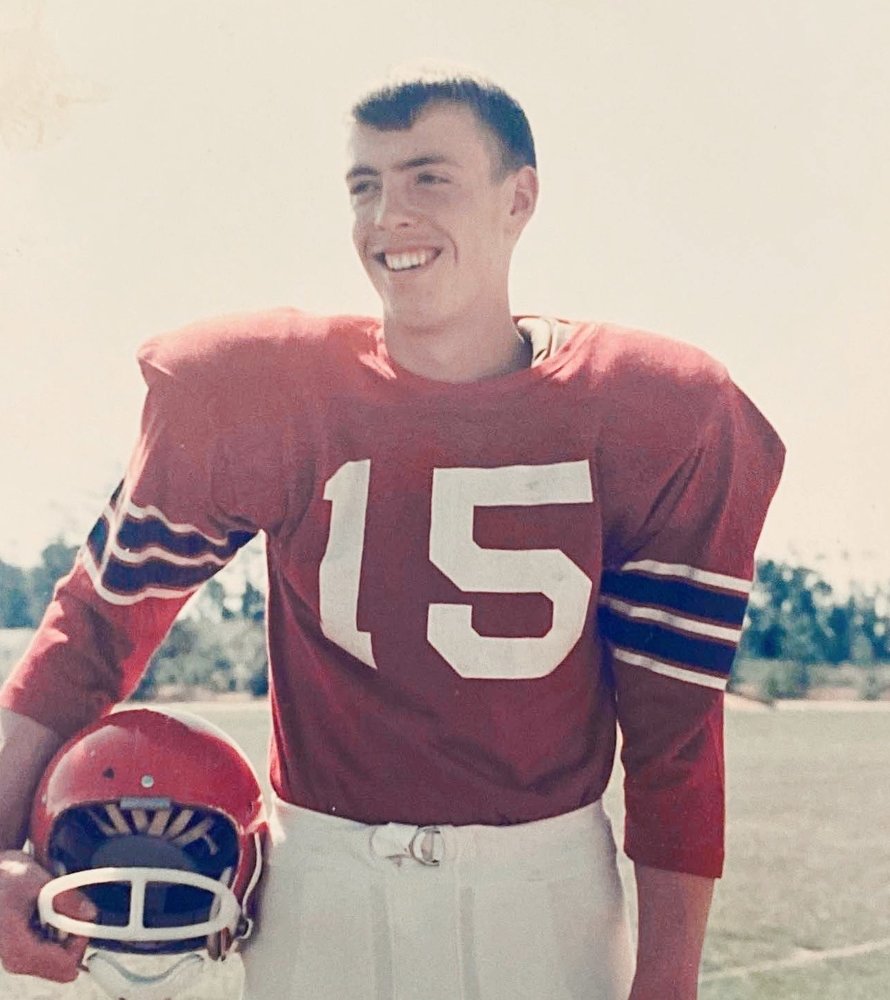 Kevin Patrick Watts was born in Arcata, CA on Sept 23, 1949 to Irma and Eldon Watts. He passed away on August 6, 2020 in Eugene, Oregon from Parkinson's disease.
He grew up in Arcata, attending College Elementary School and then McKinleyville High School, where his parents were both teachers, and graduated in 1967. He excelled in all sports - playing football, basketball, and running track all throughout high school. After graduation, he played football briefly at Humboldt State before moving out to College of the Redwoods to play on the ‘Team of the Century’ football team. He was an outstanding place kicker, and earned the nickname "Toe" - which many of his friends still called him. He graduated from C/R, and accepted a two-year scholarship to Portland State to play football. While there, he was recruited to play on the Hartford Knights professional football team, based in Hartford, Conn. After just six months, he suffered a devastating injury to his leg which ended his football career.
After moving home to recover, Kevin decided that the University of Oregon would be a good place to finish college. He moved to Eugene, and became a life-long Duck fan. He enjoyed all that the area had to offer, especially camping, fly fishing, hiking, and golf. He joined the Sigma Chi Fraternity, making many friends that he was honored to call Brothers. It was there that he was dubbed “The Doctor" - he always had a remedy for any situation that came up. He could wrap or tape an ankle, tell you if you needed ice or heat, and always had some kind of rub, salve, ointment, or cream on hand to make it better. He was also a master at knowing where the best food in town was. Not just in Eugene, but basically anywhere up and down I-5 or the Oregon coast. Best burger, steak, ice cream, breakfast, BBQ, or bakery? Just ask The Doctor - he knew.
Kevin graduated from University of Oregon with a Bachelor's of Science degree in 1973, and landed his first job as a driver's ed teacher at South Eugene High School. There, he coached JV football, golf, and was also the varsity assistant on the boys basketball team for five years. He loved his time at South, and made many life-long friends.
He married his wife Candy in 1977. Many changes were in store for the Watts family, as 1979 brought the birth of their daughter, Jamie, and in 1982, their daughter Laurie was born. During this time, Kevin was transferred to Churchill High School, where he began a whole new career. He taught history, headed the CORE program, and became a guidance counselor - earning his Master's of Science degree in Counseling in 1992 from Western Oregon University.
He was an assistant boys’ varsity football coach, and soon became the head girls’ basketball coach - which he always said was the best move he'd ever made. During his tenure as head coach, he captured five district championships, and had nine state tournament teams.
A highlight of his career was taking his family and basketball team to Australia in 1988 to play games in Sydney, Brisbane, and Adelaide, with a stop in Hawaii on the way back.
His integrity and lessons in teamwork, fair play, and sportsmanship were legendary. He loved his work at Churchill, having great success there as a coach, counselor, mentor, and teacher for over twenty years. His teams and students were his life just as much as his family. He loved the challenges of coaching and the satisfaction of guiding students into college from high school.

In 1998, he received the devastating news that he had Parkinson's disease at the age of 49. He worked until his health made it impossible to continue. He retired in 1999 from counseling, but continued to volunteer - coaching football at Churchill, scouting basketball games, and helping coach an AAU team for several more years.
Kevin was honored to be inducted into the McKinleyville High hall of fame in 1996, and to be named outstanding kicker in the Times Standard All-Century football team in 1999. He was inducted into the College of the Redwoods Hall of Fame as part of the 1968 California State Championship football team in 2008, and was also named volunteer of the month in Education and Schools in Lane County for his outstanding coaching in 2008.
Kevin is survived by his wife Candy and their daughters, Jamie Congedo of Eugene, and Laurie Watts of Newberg. He was preceded in death by his parents, Irma and Eldon Watts. He leaves a sister, Kym Watts of McKinleyville, CA and three aunts, Lavada Glavich and Kathie Scriven of Eureka, CA, and Kay Bonner of Midvale ID, many wonderful cousins, and a wealth of dear friends.
We want to express our deep appreciation for our many friends and family that helped us to navigate this thing called Parkinson's disease. We can't say enough how much you all mean to us. To Dr. Sara Batya and Dr. Kathleen Wilkin, we thank you for the excellent care Kevin received over the years. To the caring staff at Farmington Square - where he made many new friends - thank you for making his last six months so active and interesting. Also, many thanks to Cascade Hospice for their compassionate end-of-life care. We are truly grateful to all of you for the kindness, love and support you've shown our family. We will miss him every day, and carry him in our hearts forever.
Celebrations of life for family and friends to honor Coach Watts - one in Eugene and one in Humboldt County - will be announced as soon as it safe to gather.
If you would like to honor Kevin's memory with a donation, please consider one of these fine organizations that were very dear to him:

To send flowers to the family or plant a tree in memory of Kevin Watts, please visit Tribute Store