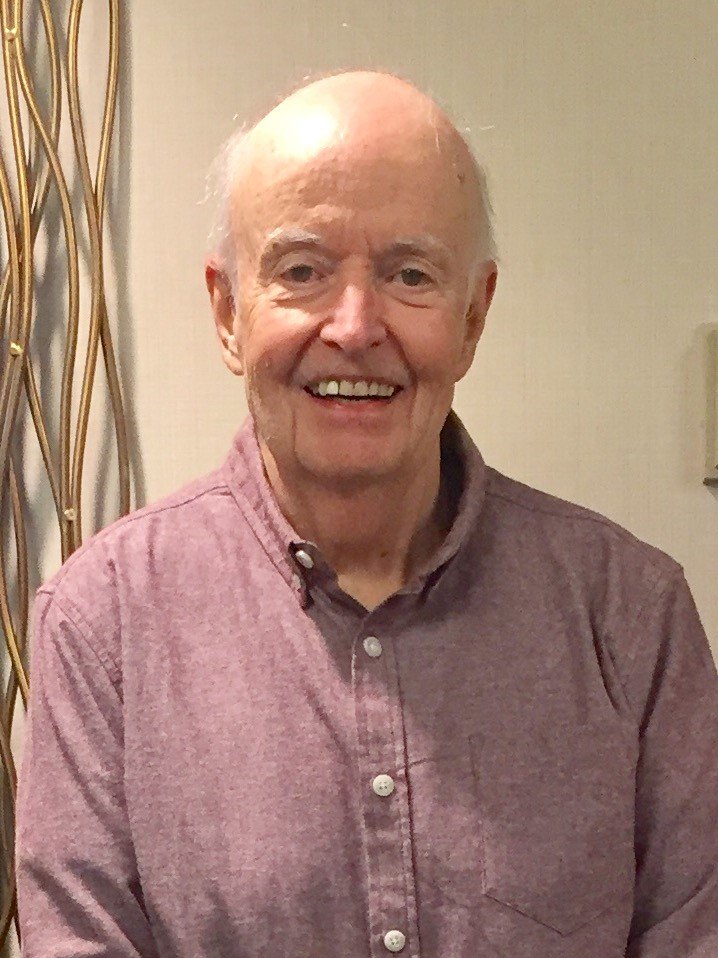 He graduated from Pittsburgh’s North Catholic High School in 1955 where he knew from age 16 he wanted to be a physician. Besides interest in the sciences and writing, Don was a southpaw (left-handed) pitcher in Pony League Baseball, loved model railroading, attending Pittsburgh Pirates baseball games as well as his beloved Steelers football games.

After graduating from Chicago’s Northwestern University Medical School in 1963, he interned at Northwestern Wesley Memorial Hospital where he met nurse Sharon Hand on day one. They were married on October 31, 1964 in Rochester, Minnesota. A highlight of Don's internship was admitting and treating Chicago Cubs’ star Ernie Banks who was experiencing a batting slump. They stayed in touch a few times over the years, even exchanging gifts. Next came a year as internal medicine resident at Northwestern’s VA Research Hospital.  After several years in the Naval Reserve, he served two years active duty as one of six doctors at the Naval Supply Center Station Hospital, Barstow, California. His urology surgery residency at University of Washington Hospitals, where he and Sharon fell in love with the Northwest, ran four years from 1967. It included a fellowship year during which he authored five research studies printed in Journal of Urology and Journal of Applied Physiology, one of which he presented to the Western Section Urology Annual Meeting.

Son Daniel and daughter Shannon were born in Seattle in 1967 and 1969.

Wanting to practice urology at a multi-specialty clinic, Don joined Eugene Hospital and Clinic in 1971 and also did surgeries and saw patients at Sacred Heart / Peace Health. He loved his work and said it was an honor and privilege to be a physician. His care and respect for everyone and his desire to help others were part of his DNA.

He served as President of the Eugene Hospital and Clinic Board of Directors, Chairman of the Sacred Heart Urology Department and was a 20 year monthly volunteer at U of O Health Science Center Crippled Children’s Clinic. He was a member of Lane County Medical Society, where he served as a Councillor, served on the Family Services Board, and was Board President of Lane Memorial Blood Bank. In retirement, he loved his over ten year tutoring role in the SMART Reader program at Camas Ridge School.

His many interests included a decades long love of landscaping and gardening. One could find him at most local nurseries selecting roses, a new shrub or another unusual tree to personally plant. Shannon had Greer Gardens deliver choice trees as gifts. He watched every Notre Dame, Pittsburgh Steelers and Oregon Duck football game (unless they conflicted with one another). He and Sharon played tennis at Lane Community College and were original members of the YMCA Family Tennis Center. He jogged for many years and he and son Dan coached Shannon’s ESP (Kidsports) softball teams. Don loved all things chocolate and was always ready to discuss the health benefits of dark chocolate.  He took great pleasure and pride in finding just the right Halloween costume, revealing it to his grandchildren, neighbors and colleagues with a twinkle in his eye. His family was number one and he made a point to attend every activity, soccer game and tennis match that involved the children, despite his busy practice.

His kindness, generosity and care for the welfare of others made a lasting impact.  Don managed the Employer and Employee Pension Plans at the Eugene Clinic until the merger with Peach Health. He also initiated and hosted a couples Investment Club. No one loved Disney World and Anaheim more than Don, so trips there and a cruise were necessary. He had a skilled eye and appreciation for art all his life and trips to NYC, Chicago, Los Angeles, Maui or Paris always included galleries. He collected many pieces and enjoyed them every day. When he was a year old he received his first Lionel train and that love stayed with him throughout his life. Oregon beaches drew him to choose Oregon as his home while still living in Seattle, so getting to Manzanita and then the Bandon beach house was a priority. Maui and Sunriver were close seconds.

Don was preceded in death by his parents and infant sister. He is survived by wife Sharon, son Daniel (Kimberly) of Eugene, daughter Shannon (Jason August) of Toronto Ontario, grandchildren Mary and William O’Brien and Casey and Olivia August, brother-in-law Robert Hand, sister-in-law Colleen Welty (David) as well as beloved cousins. Due to Covid-19, a funeral service is postponed.

In lieu of flowers, donations may be made in Don’s name to:
•    SMART Reading Program, Box 1378, Springfield, OR, 97477.  Please indicate that your donation should be directed to the Lane County branch; or
•    Peace Health Hospice 677 E. 12th Avenue, Suite N-110 Eugene, OR 97401.
Arrangements entrusted to Musgrove Family Mortuary. Please access the obituary and you are invited to sign the guestbook at musgroves.com.

To send flowers to the family or plant a tree in memory of Donald O'Brien, M.D., please visit Tribute Store