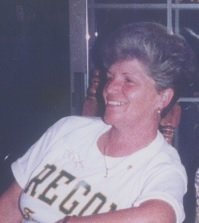 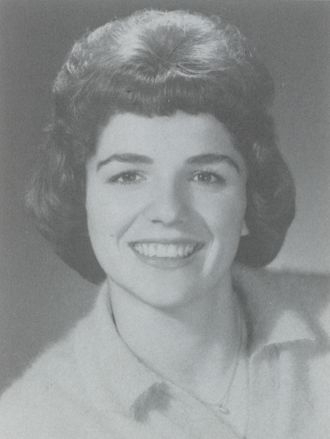 Yvonne Zoumboukos was born in Portola, California to Shelby Pate Coleman and Carmen Landaburu Coleman during World War II while her father was serving in the Pacific. After the war, the family moved to northern California and lived in various locations before eventually settling in Willits, California where she graduated from high school. While in high school, she was a four-year member of the Girls’ League Athletic Association and the Mixed Chorus and Glee club. She also was the head majorette her junior year. She matriculated to Santa Rosa Junior College after high school receiving an Associate Arts degree. She moved to Davis, California and opened a successful men’s and women’s hair styling salon there. She moved to Oregon in 1979 with her husband and sons. She followed up on her successful business ventures in California with several salons in Eugene until her retirement. Yvonne was an avid Duck fan, especially enjoying football, men’s and women’s basketball, and softball. She was an outstanding athlete in her own rite. She died on August 13, 2020 after battling mesenteric ischemia for eighteen months.
She is preceded in death by her parents; her sister Dawn Rene; and her brother Darrell. She is survived by her husband, Neal; her three sons: Derek Jester, Lance Jester (Julie) and Peter Zoumboukos (Kate); three granddaughters; her brother Shelby (Gere); aunts, uncles, cousins and numerous nieces and nephews.
Arrangements have been entrusted to Musgrove Family Mortuaries. A gathering for memories and condolences will be held after covid-19 restrictions are lifted by the state. In lieu of flowers, please consider a donation to The Child Center, 3995 Marcola Road, Springfield, OR 97477.

To send flowers to the family or plant a tree in memory of Yvonne Zoumboukos, please visit Tribute Store

Share Your Memory of
Yvonne
Upload Your Memory View All Memories
Be the first to upload a memory!
Share A Memory
Send Flowers