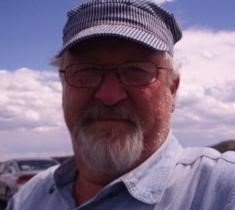 Melvin Eugene Norton passed away on August 6th in Eugene, at the age of 70, from complications due to a recent stroke.  He was born to Darold and June Norton in Corvallis, OR on December 20th, 1949, at Good Samaritan Hospital.

The family moved to Eugene in 1957, where Melvin called home the remainder of his life.  He graduated from Churchill High School in 1968.  He continued his education at Oregon State University before going into the USAF in 1971.  He and his brother, Larry, went into the Air Force under the buddy system, going through basic training together.  Mel spent 3-1/2 years stationed at Misawa AB in Japan, from which he was discharged in 1975.  He came to love the Country, and learned to read and write Japanese.

After returning from the military Melvin began working for the Telephone Co., where he worked for 21 years as an Installer/Repairman.  He decided he wanted to work with his hands, so he began woodworking, most excitedly Kaleidoscopes, which he sold at both the local Saturday Market and the Portland Saturday Market.  In addition, he worked several years for Woodcraft, and was an Usher at the Hult Center, enjoying helping people.

Melvin’s hobbies included woodworking, fabricating and flying exotic kites, attending motorcycle and Indy Car races, and his love of bicycling and motorcycling.  For many years his bicycle was his primary means of transportation around town.  One of his most cherished times was riding his motorcycle to the Sturgis Motorcycle Rally in 2010 to meet Larry, doing so on his Goldwing with a sidecar.  He would comment about the huge number of motorcycles there, but only a handful with a sidecar!

Melvin lived in a 55+ community, allowing him to spend time socializing for several years at various coffee shops.  In his later years his health changed and he was confined to the house most of the time, but still enjoyed the visits by friends, family and the social workers.  Many thanks to those who helped Mel over the years!

Melvin is survived by his brother Larry (wife Doris) of Eugene, niece Amy of Knoxville, TN, an Aunt in Corvallis, and various cousins.  He was cremated, and his ashes will be spread at a later date.  A small family gathering will take place in the spring.

A heartfelt thanks to Avamere Rehabilitation of Eugene and Signature Hospice for taking care of Melvin through his final days.

To send flowers to the family or plant a tree in memory of Melvin Norton, please visit Tribute Store

Share Your Memory of
Melvin
Upload Your Memory View All Memories
Be the first to upload a memory!
Share A Memory
Send Flowers