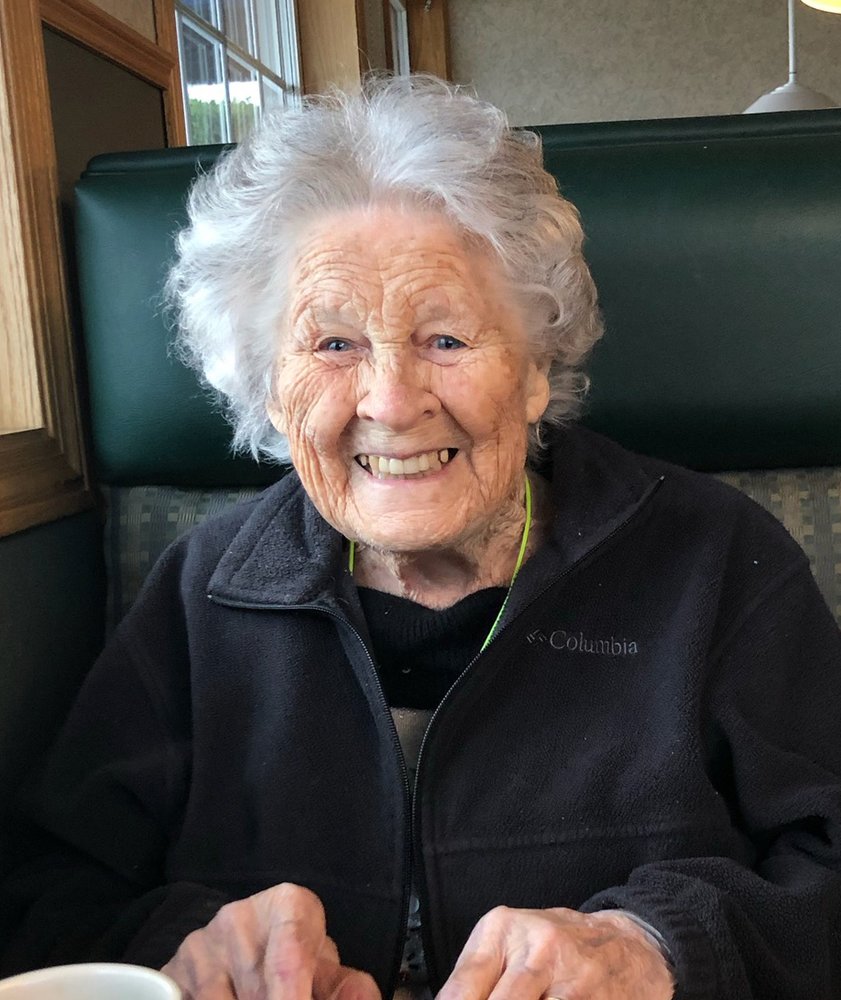 Marjorie Lois Jensen passed away on July 23rd, peacefully after weeks of hospice care at Bayberry Memory Care in Springfield, Oregon.
Marjorie Lois Wilde, was born on Jan 17, 1925 in Van Nuys, California. Her parents were Carl and Nellie Wilde.
Marjorie graduated from Manual Arts Senior High School in Los Angeles, in February of 1944. Shortly after graduation, she moved to Eugene with her mother and sister Mary to be with their older brother Carl.
Marjorie met Russell Jensen in Eugene and they were married on June 10th, 1950.
Marjorie and Russell had two sons, Dale who resides in Medford, Oregon and Robert who resides in Springfield, Oregon.
Her hobbies were gardening, bowling, and board games. Her most joyful moments were fishing and boating with Russell.
Marjorie is survived by her husband Russell of 70 years, Dale and his wife Diane, and Robert and his wife Tina.
Her funeral service will be held at Lane Memorial Funeral Home, 5300 W 11th Ave., on Saturday August 8th at 1pm with a viewing from 11:30AM to 1PM.

Share Your Memory of
Marjorie
Upload Your Memory View All Memories
Be the first to upload a memory!