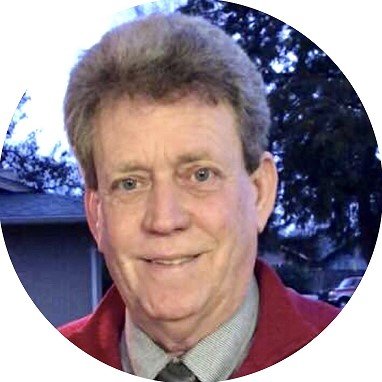 Ross attended school from Kindergarten through 12th grade at the Gilchrist School District, graduating Class of 1971. He played basketball, & lettered on the Cross Country team. He then attended college at COCC in Bend, studying accounting & business administration. He worked in the Gilchrist Mill office until moving to Sweet Home, OR to take an accounting job with Willamette Industries & Willamette Trucking until they closed.

He met his wife Donna & married on August 16, 1980. They were members of the Emerald City Vans of Eugene, &Sugar City Vans of Sweet Home. Together, they customized a 77 Ford Econoline Van & won several trophies in custom van shows. They enjoyed traveling to truck-ins as the co-secretaries of the Oregon Van Association.

Ross was an avid softball player who played on the Santiam Feed & Sweet Home Tournament teams. Throughout his softball career he earned several trophies, while being the President of the Sweet Home Softball Association. He also achieved certifications as an ASA & USSSA umpire. During the winter he would participate in Sweet Home Volleyball.

Ross became a controller for WTD Industries, & moved his family to South Bend, WA. Where he also played on softball & bowling teams, as well as coaching the kids' bowling teams, & soccer teams. The family then moved to Redmond, OR & then Tumalo, OR as Ross took a position with Crown Pacific Lumber Mill as a controller. Always being active in the children's sports programs.

After breaking his back, he moved his family to Veneta to recover. He was again very active in the TSP Sports program with kids, being a coach for several teams. Ross worked for Builders Interwest in the office, & then helped start Emerald Gutters Service. In 2000, Ross & his family started Expert Rain Systems, & was still working with his sons until he passed. He was very proud of the reputation of Expert Service & Quality. He made it the business it is today, with lots of satisfied home owners & contractors. He was jokingly called the Gutter God or Mr. Gutter.

Ross loved NASCAR. He had a very elaborate NASCAR man cave which he was very proud of. He went to many Las Vegas races, always getting pit passes to be able to get close to the cars & drivers.

Ross found out in November 2019 that he had terminal liver/bile duct cancer. He fought hard until the end but the cancer sadly won. He lived the last 6 months making lots of memories with his family & friends. Getting to spend time at the family's home in Crescent, that he called home. Preceding Ross to heaven was his parents, two brothers; Wes & Paul, & daughter in law; Cindy Hill-Benson and his beloved pit bull Rasta.

Celebration of Life will be held at Deep Woods 89980 Territorial Hwy in Elmira on August 29, 2020 at 3pm. Please RSVP on Facebook event page.

Please write a memory about Ross for his family to enjoy.

In lieu of flowers donations to ‘Deep Woods Events in Veneta’ can be made in Ross’s name.

Share Your Memory of
Ross
Upload Your Memory View All Memories
Be the first to upload a memory!