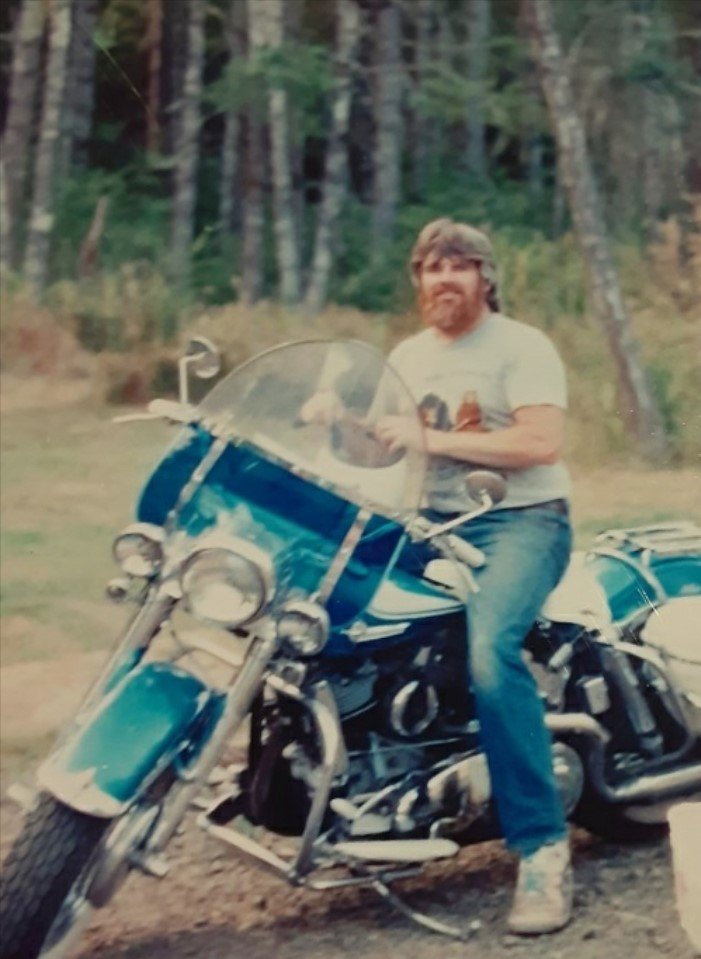 Mike was born on December 16, 1948 in Roseburg, Oregon, to Troy and Gloria Jane (Mitchell) Beller. He graduated from Roseburg High School and married Mary (Britton) on May 24, 1969.

In 1971, Mike served in the U.S. Army during the Vietnam War. He was stationed in Phu Bai, Vietnam as a sheet metal specialist in the 101st Airborne Division, B Company, 159th ASBH, specializing in repairing Chinook helicopters. Upon his return, he completed some college and moved to Portland Oregon, where he and Mary had one child, Michelle. In 1986, they moved to Elmira, Oregon, where they lived out their remaining years. After Mary’s passing in 2003, Mike married Bonnie LaFon on October 25, 2012.

Mike enjoyed being with friends and family, boating, camping, concerts, motorcycles, and fast cars. He had an unmatched creative talent for working with metal and restoring classic cars. He detailed and painted hundreds of vehicles in his lifetime, and became self-employed later in life until he retired to work on his own projects and enjoy time with his friends, family and pets. People would describe him as friendly, intelligent, passionate, talented, adventurous, playful, and extremely generous. He made friends everywhere he went, and he never hesitated to help someone during their time of need. Mike’s greatest accomplishment was being a loyal father and husband, and sharing his passion and knowledge for classic cars and automotive restoration.

Mike was preceded in death by his father, Troy; his former wife, Mary; and brother, Roger.

He is survived by his wife, Bonnie; his daughter, Michelle (Markham); his mother, Gloria (Jane Holt); his brothers, Richard, Mark (Sani), Shawn (Igou), and Andy (Hess); and many cousins, nieces and nephews.

There will be a graveside funeral service for Mike on Friday, July 24 at 1:00 p.m., at Rest Lawn Memorial Park in Junction City. Murphy-Musgrove Funeral Home is in charge of arrangements.

Memorial contributions may be made to research for amyotrophic lateral sclerosis (ALS), or to organizations helping Veterans of the armed forces.

To send flowers to the family or plant a tree in memory of Charles Beller, please visit Tribute Store
Friday
24
July