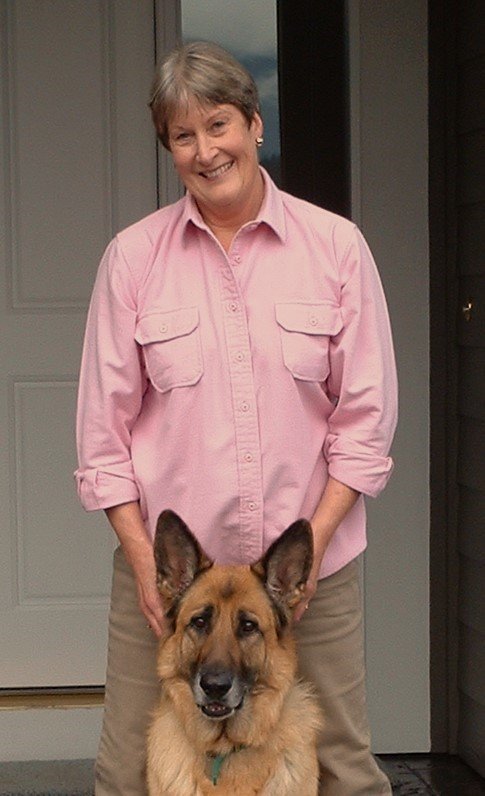 Suzanne (Sue) McCloskey Holland passed away after a 4 year struggle with Alzheimer's Disease.
Sue was born in Oakland California to Vern & Evelyn McCloskey. She grew up in the California gold rush area and completed her BS in Education at Sacramento Sate University. She went on to become a Physical Education Teacher and Volleyball coach at Antioch High School where she met her future husband Bob. Sue and Bob were married in April of 1978. They moved to Oregon in 1981 where Sue pursued a career as an Office Manager for Anslow & Degenault Construction and Bob became a Eugene Police Officer. Sue then worked as a Mortgage Broker until her retirement in 2007. Sue enjoyed the rural life that Oregon had to offer. Sue was a devoted lover of animals with numerous German Shepherds and her beloved Arabian horse of 17 years "Tima". Not afraid of hard labor, she tended the 5 acre homestead in Dexter along with providing gourmet meals to friends and family.
Sue was predeceased by her father, mother, sister, and brother. She is survived by her husband of 42 years Bob, as well as nieces and nephews in Arizona and California.
No service is planned. Memorial contributions can be made to Greenhill Humane Society or the Alzheimer's Association of Lane County.
Arrangements entrusted to Springfield Memorial Gardens & Funeral Home.

To send flowers to the family or plant a tree in memory of Suzanne Holland, please visit Tribute Store

Share Your Memory of
Suzanne
Upload Your Memory View All Memories
Be the first to upload a memory!
Share A Memory
Send Flowers