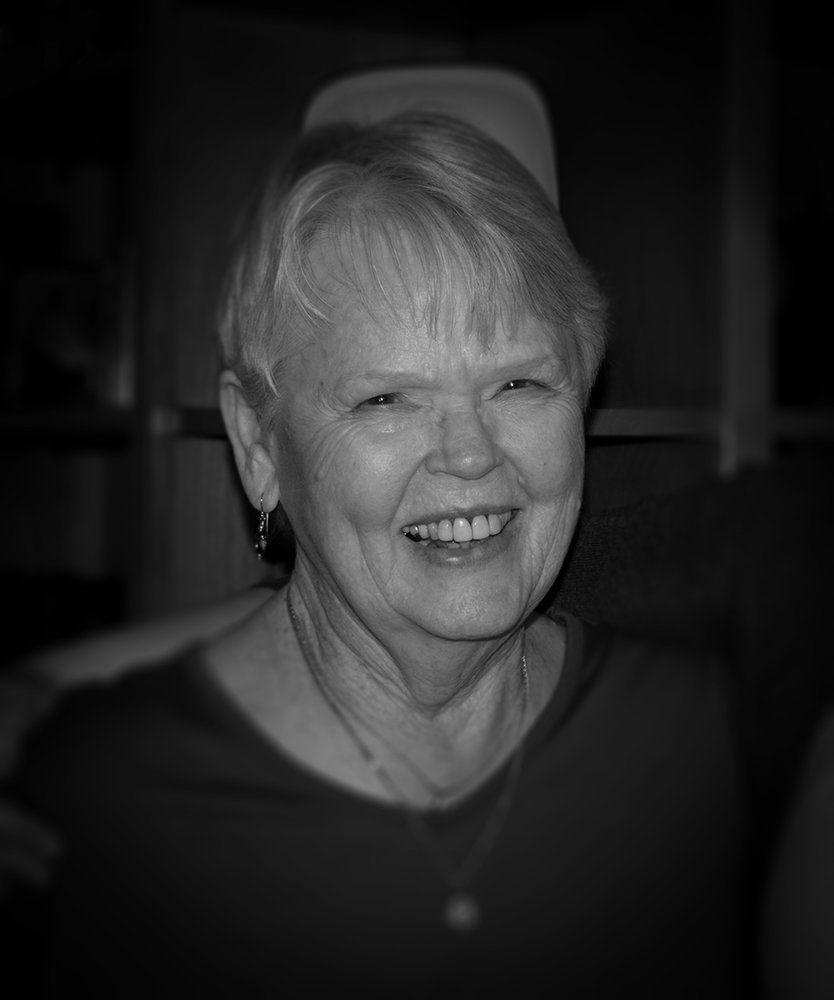 Sally Zehrung passed away unexpectedly on June 15 due to complications from an angioplasty. She was born June 4, 1935 in Portland, OR to Mayson and Myrtle Barnum, the youngest of three children. They moved from Portland to Washington DC during WWII and then lived briefly in Michigan after the war, eventually returning to Oregon and settling in Eugene.

She had known her brother's close friend, Gordon Zehrung, for years, but when he returned from a tour in the Navy, the two saw each other in a much different light. They were married a few short months later on August 20, 1955. She worked in the business office at the phone company while Gorden attended the University of Oregon. In 1959 Gordon graduated, they bought their first home, and their first child, a daughter, was born. A son followed in 1963.Sally devoted herself to caring for her home and family. She showed her love to her husband and children in a million tiny ways every day. Each of our hearts are brimming with our own private and priceless memories.

Sally bravely tackled any skill necessary to create the home she envisioned. From basics, like painting and wallpapering, to refinishing and reupholstering furniture and making formal draperies, to drywall finishing and masonry, she'd try anything and inevitably master it. She also sewed clothing for everyone in the family, including the suits Gordon wore to work. During the Jazzersize heyday of the 1990s she kept busy making custom leotards.

It was after her children were grown that Sally truly blossomed. She had tried her hand at a variety of arts and crafts over the years, including oil painting, wood carving, and copper embossing. She finally found her niche when she combined her love of art with her love of sewing. She was a founding member of MaterialARTistry and her work has been displayed throughout the United States and abroad. In addition to the visual arts, Sally loved live theater, especially musical theater. She never missed an opportunity to attend any live performance.

She is survived by her husband, Gordon, daughter and son-in-law, Carol and Gary Still of Eugene, son and daughter-in-law, Eric and Sue Zehrung of Ballarat Australia, four grandchildren, two step-grandchildren, six and a half great-grandchildren, and a circle of loving and devoted friends. While she never fully realized just how loved and admired she was, she is missed terribly but will live on in all our hearts forever.
Arrangements entrusted to Musgrove Family Mortuary. Please access the obituary and you are invited to sign the guestbook at musgroves.com.

To send flowers to the family or plant a tree in memory of Sally Zehrung, please visit Tribute Store

Share Your Memory of
Sally
Upload Your Memory View All Memories
Be the first to upload a memory!
Share A Memory
Send Flowers