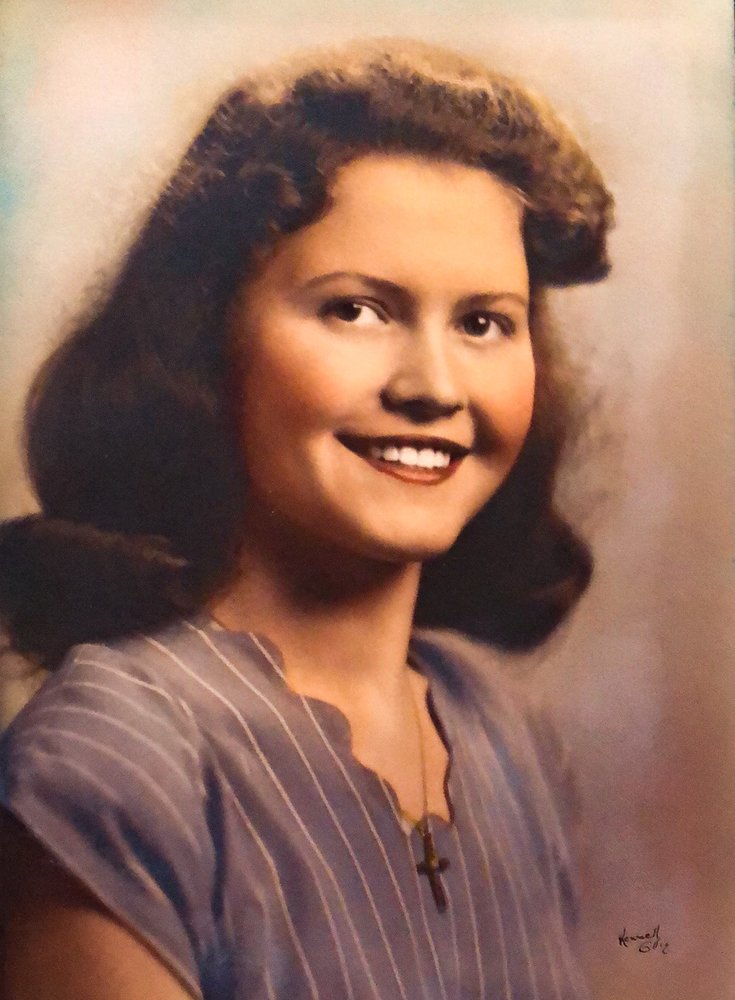 Dorothy Helen Uchytil Mann
1927 – 2020
Dorothy Mann was born in Springfield Oregon on August 16th, 1927 to Ben and Dora Uchytil.  Dorothy was the second of six children, growing up in humble roots during the depression era, helping the family work as farm laborers.
Following her graduation from St. Mary’s High School in Eugene, Oregon in 1945, she became a long distance telephone operator for Northwestern Bell.  In 1947, a classmate’s family introduced her to their close friend’s son, a young and handsome army veteran from Texas.  Bob was immediately smitten with her at first sight.  She married Robert “Bob” Mann on February 7th, 1948 at St. Mary’s Catholic Church in Eugene.  She became a housewife with many cherished hobbies that included piano, sewing, handcrafts, hardanger, and most of all, dancing.  They celebrated over 68 years of marriage, until Bob’s passing in 2016.
They enjoyed the friendships of many people that they met through their love for dancing.  They relished their times Folk Dancing, Square Dancing, and Ball Room Dancing.  They continued to dance weekly up until the few months prior to Bob’s death.  Dorothy and Bob were long time members of St. Mary Catholic Church in Eugene.  They were also active in the Eagles, Elks and Moose Lodges as well as the Sons of Norway.
Dorothy passed away on May 23, 2020 at the age of 92 of natural causes with her daughter Merrily holding her hand, her son Bobby and grandson Kirk at her side in San Antonio, Texas.  Dorothy was preceded in death by her husband Bob, parents, sister Annie Palanuk and Mae Zentner, brothers Mike and William.  She is survived by her youngest sister Rosie Owen, her son Robert (Ruth), daughter Merrily Brown (Randy).  Dorothy was blessed with 8 grandchildren (Wesley, Clayton, Stephen, Megan, Holly, Kirk, Madison and Garrison), 2 step-grandsons and 9 great-grandchildren.
A public viewing will be held at Springfield Memorial Funeral Garden on June 2, 2020 from 8:30 am to 11:00 am.  A private interment will be held immediately after.  Funeral arrangements entrusted to Springfield Memorial Funeral Home.

To send flowers to the family or plant a tree in memory of Dorothy Mann, please visit Tribute Store

Share Your Memory of
Dorothy
Upload Your Memory View All Memories
Be the first to upload a memory!
Share A Memory
Send Flowers