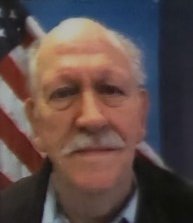 Robert L. Powelson was surrounded by his family when he went to meet the Lord on May 19, 2020.
Robert was born March 19, 1936 in Glendale, Oregon the son of Raymond and Grace Powelson and married to Donna Ward Powelson since 1961.
Robert is survived by his wife Donna, son Sheldon Powelson, daughter-in-law Kristie Powelson, eight grandchildren and seven great grandchildren.
Robert was surrounded by love and laughter till the end. He was blessed to have many grandchildren and great grandchildren. He loved so deeply and that will carry on with the family. He has left a forever mark on all who came across him.
Anyone wishing to, may donate in Robert Powelson's name to Food for Lane County.
Arrangements entrusted to Lane Memorial Funeral Home in Eugene.

Share Your Memory of
Robert
Upload Your Memory View All Memories
Be the first to upload a memory!