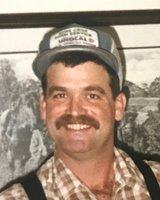 Terry graduated from Junction City High School in 1970.  He enjoyed playing baseball and football and made lifelong friends of his teammates.  He attended Oregon State University.  Terry's heart was in agriculture.  He worked in grass seed farming and seed warehouse operation.

Above all, Terry valued his family and many friends.  He freely shared his humor, advice, and love for the land and animals.  He will be greatly missed.

Memorial contributions may be made in memory of Terry Allen to Education Together Foundation, Tiger Alumni Class of 1970, P.O. Box 523, Junction City OR 97448.